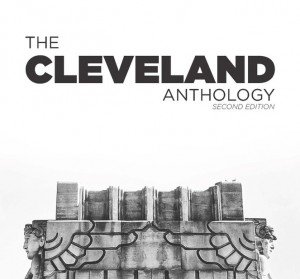 Originally published in 2012 as Rust Belt Chic: The Cleveland Anthology, this debut title sold through its first two printings and led to the launch Belt Magazine and Belt Publishing. Now in its second edition, with a new introduction by Dave Lucas, The Cleveland Anthology collects stories by and for residents of the city Belt calls home – including several new essays previously only available in the e-book edition.

Richey Piiparinen is a writer, urban researcher, and city strategist from Cleveland. He cares for the Rust Belt condition.

Anne Trubek is the founder and publisher of Belt Magazine and Belt Publishing. Formerly a tenured professor at Oberlin College, she is the author of A Skeptic’s Guide To Writers’ Houses and the forthcoming The History and Uncertain Future of Handwriting.

“Touching always on the idea of a post-industrial landscape as a form of innate and historical beauty and integrity, this book creates a genuine and intimate look at Cleveland. Those who hail from “rust belt” cities like Pittsburgh, Detroit, and Milwaukee will find a special place in their hearts for this book.”
— Riffle NonFiction

“Illustrates in bold fashion that strength of character abounds in the Cleveland community. That’s fitting because inside the pages of the book, that very same audacity of spirit is expressed in literal form.
— Freshwater Cleveland