What You Are Getting Wrong About Appalachia
By Elizabeth Catte
February 6, 2018
Available for order here.


In 2016 headlines declared Appalachia ground zero for America’s “forgotten tribe” of white working class voters. Journalists flocked to the region to extract sympathetic profiles of families devastated by poverty, abandoned by establishment politics, and eager to consume cheap campaign promises. Following the election, demystifying Appalachia and locating the roots of its dysfunction quickly became a national industry, shoring up the success of J.D. Vance’s memoir Hillbilly Elegy and the author’s rise to fame as the media’s favorite working-class whisperer with broad appeal to liberals and conservatives alike. Personal anecdotes that demonstrated the enduring failures of American progress spoken through the mouthpiece of colorful and bereaved mountain folk became its own genre of election writing – the “Trump Country” piece – and in its creation reduced the region’s rich and complex history to a series of character studies. 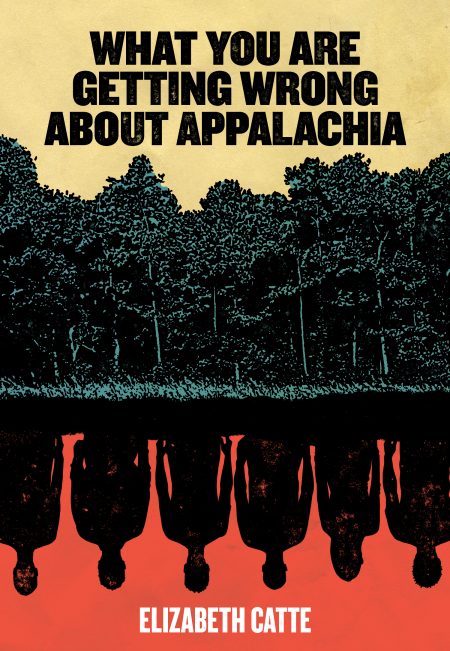 What You Are Getting Wrong About Appalachia is a frank assessment of America’s recent fascination with the people and problems of the region. The book analyzes trends in contemporary writing on Appalachia, presents a brief history of Appalachia with an eye toward unpacking Appalachian stereotypes, and provides examples of writing, art, and policy created by Appalachians as opposed to for Appalachians. The book offers a must-needed insider’s perspective on the region.

Praise for What You Are Getting Wrong About Appalachia:

“What are we getting wrong about Appalachia? A lot. And we are not just getting it wrong because we do not know. We are getting it wrong because reckoning with the reality of the Appalachia people and culture serves a historical project of disdain, distancing, and deliberate disinvestment in our nation. Elizabeth Catte has written an essential guide on how to talk about race, class, gender and the cultural geographies that shape our lives. Our discourse on Appalachia has been used a cudgel, much of it designed to obscure more than it reveals. Catte uses data and lived experiences to reveal an Appalachia that is not some ‘othered’ out there against which we compare ourselves to make inequality more palatable. This is a necessary antidote to the cyclical mainstream interest in Appalachia as a backwards, white working class caricature.” –Tressie McMillan Cottom, author of Lower Ed: The Troubling Rise of For-Profit Colleges in the New Economy

“A necessary response to the bigotry against a much-maligned culture.” –Chris Offutt, author of Kentucky Straight
___

Elizabeth Catte is a writer and historian from East Tennessee. She holds a PhD in public history from Middle Tennessee State University and is the co-owner of Passel, a historical consulting and development company.