While Grand Rapids is known for large-scale events like ArtPrize; major businesses like Meijer, Steelcase, and Amway and the philanthropic and political contributions of its wealthiest residents, there are hundreds — if not thousands — of grassroots activists working day-in and day-out to make Grand Rapids what it is and making it what it can be. This project seeks to raise the voices of those individuals and grassroots groups.

Ashley E. Nickels and Dani Vilella have joined forces to compile articles, poetry, and personal narratives about and by Grand Rapids, Michigan’s grassroots activists. Grand Rapids Grassroots: An Anthology is the next book in Belt Publishing’s series of city-based anthologies. 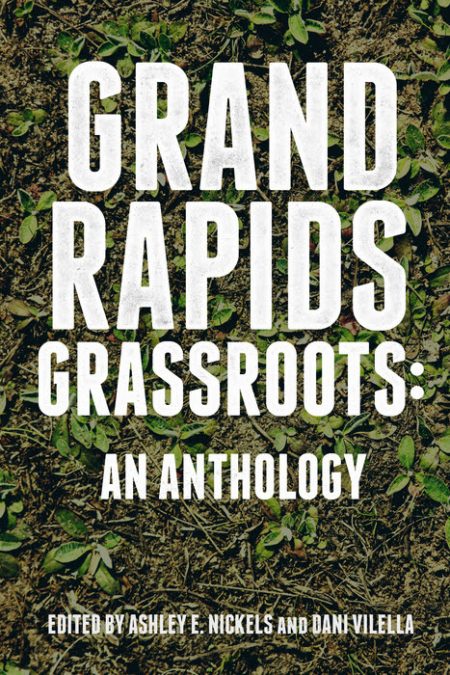 Dani Vilella is the Political & Advocacy Field Manager for Planned Parenthood Advocates of Michigan and is based in Grand Rapids, MI. She currently serves on the steering committee of the Fountain Street Church Choice Fund, is on the Board of the West Michigan Progressive Women’s Alliance, and is currently a graduate student at Grand Valley State University earning her Master’s degree in Non Profit & Public Administration.  She has previously served as the President of the Grand Rapids chapter of the National Organization for Women, and as the Action Vice President for MI NOW. She is a co-founder of Stop the War on Women, and organization dedicated to preventing anti-women legislation, and Service for Servers, a non-profit designed to encourage people in the service to give to progressive causes. She is a dedicated community organizer who is passionate about feminism, human rights and sexual justice.

Dani holds a B.A. in Cultural Anthropology with a minor in Women & Gender Studies from Grand Valley State University. She also holds a Master’s Certification in Non-Profit Leadership & Public Administration from GVSU.

Ashley Nickels is an assistant professor of political science at Kent State University in Ohio, where she teaches courses in public and nonprofit administration. She is an interdisciplinary scholar, whose work focuses on urban politics and policy, community based organizations, and local democracy. A self-described scholar-activist, Nickels began her career focused on feminist activism and organizing. She previously served as the Vice-President of the Michigan National Organization for Women and President of the local Grand Rapids chapter. She has been published in various academic journals and is co-editing two other books, one on feminist activism and the other on community development, with Routledge Press.