Are you moving to Detroit because your Brooklyn rent is too high? Did you read somewhere that the only thing you needed to buy a house was the change in your couch cushions? Are you utterly terrified to move to one of the most crime-plagued cities in the United States? Foley answers these and other pressing questions in 20 pithy chapters that cover such topics as: how to be white in Detroit; how to be gay in Detroit; how to raise a Detroit kid; and how to party like a Detroiter. With advice on everything from buying and rehabbing a house to not sounding like an uninformed racist when you talk to a black person, How to Live is an alternately hilarious and biting assessment of life in the nation’s most notorious postindustrial city. But beyond the one-liners, it’s also an urgent call for a radically inclusive, compassionate approach to understanding the city that’s aimed at both old timers and newbies alike.

How to Live in Detroit Without Being a Jackass is the first book from Detroit writer and critic Aaron Foley – a social guidebook for coastal transplants, wary suburbanites, unwitting gentrifiers, curious onlookers, die-hard natives, and everyone in between. Named one of Curbed: Detroit’s Top 11 Books About Detroit. 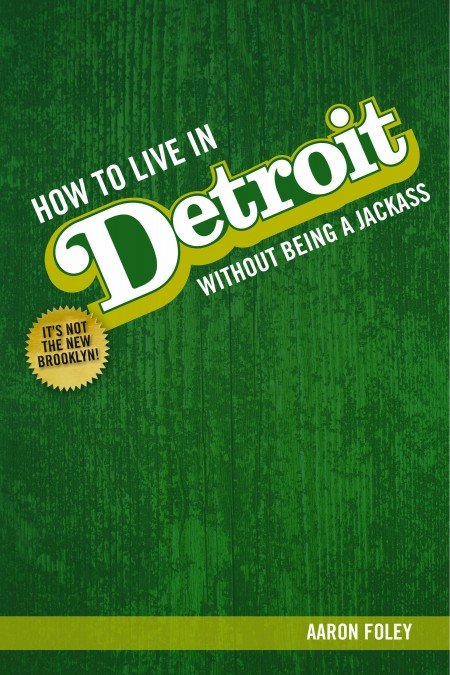 Praise for How to Live in Detroit Without Being a Jackass:

“Foley possesses a preternatural ability to parse issues of race, class, urbanism, and pop culture in a complex and generous way that avoids tired orthodoxies and knee-jerk justifications but is always on the proper side of social justice. … Should be required reading not only for actual or potential newcomers to the Motor City, but for anyone participating in contemporary global urbanization who would like to avoid behaving like a subjugating dick. – VanityFair.com

“The picture Foley paints isn’t always pretty, but it’s always real. All readers — native Detroiters and new arrivals, citizens of America and residents of outer Mongolia — should thank him for telling it like it is. Isn’t that what all books are supposed to do?” – The Millions

“Aaron Foley’s new book is a vital public service, and it’s easy to see why. … [he] writes with wit, verve, and bluntness … But Foley delivers more than a flip-through reference or holiday gift book (actually, it’d be a dandy — if you dare). He wants to put a bug in our heads, a whisper in our ears, that says; “Think about this before doing or saying something stupid.” – Deadline Detroit

Aaron Foley grew up in Detroit and is currently the editor of BLAC magazine. He has written for local and national publications including Jalopnik, CNN, MLive, the Atlantic, Next City, and he writes a monthly column on Detroit for Belt Magazine.