The Pittsburgh Anthology! Call for Proposals and Submissions

Let’s show ‘em what Pittsburgh is made of. And no, it isn’t all steel.

Belt magazine is continuing their successful series of Rust Belt anthologies (Cleveland, Cincinnati, Detroit, Youngstown) with a collection on the City of Champions.

Yinz know the deal: Pittsburgh is a “little big city” that does everything it can to surprise, astound, and above all, vindicate. Once called ‘the smokey city’, Pittsburgh has been trying to shed its well-worn image as a dying industrial wasteland for decades, while simultaneously embracing every piece of history the area has touched upon.

The first movie theaters, libraries, and public television stations started in the Burgh. Just as popular are the bars — numbering more than in most cities — a perfect place to watch the Steelers, Pirates, or Penguins; in fact, bars are such a good place for Pittsburghers to view a game that there is a Pittsburgh Sports bar in nearly every major city in America. There’s no doubt that Pittsburghers are proud of where they’re from, but many find themselves defending the town too often.

Pittsburgh is filled with contradictions. It’s the country’s “Most Liveable City”, yet, on average, it has double the violent crimes of the rest of the state, and over five times as many crimes, per square mile, than the rest of America. The towns surrounding the city include Pennsylvania’s most affordable borough, yet the young people are leaving at an alarming rate. It’s a place where, in some areas, the cancer rate due to pollution is up to 44% higher than the national average — yet the city boasts some of the best hospitals in the entire world. It’s an area attempting to recreate itself through technology, but whose biggest export is still coal.

All of this presents a lot of questions. We don’t need to answer them, but let’s talk about what it means to live within them. All of the stats you just saw, don’t worry about those: let’s show how it feels to be here, because just as important as what’s to be covered in this anthology, let’s create stories with a voice damn true to the area. It’s well-known that Pittsburgh’s dialect is one of the most difficult to replicate or explain to anyone outside of the region. Let’s try. 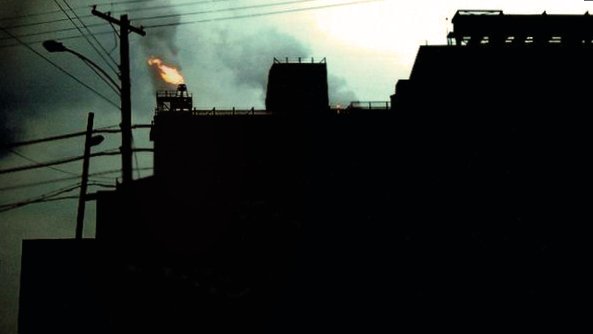 HERE’S WHAT WE WANT: We’re looking for nonfiction contributions, but we’re open to photographic essays, comics / illustrations, and poetry. Again, if it expresses something truly Pittsburghese, we want to see it. Work running 750-3000 words is preferred. We will accept finished stories until December 31st; any work which previously appeared elsewhere can be accepted as long as there is permission to do so. We expect to publish the anthology by Spring 2015. Contributors will get to have their friends be jealous of their Pittsburgh pride, but they will also receive free copies of the book, and, if the anthology is successful enough, a split of the proceeds.*

Send everything to PittsburghBELT@gmail.com; be sure to include “SUBMISSION” in your subject line.

So let’s fill our buggies full of chipped ham and jumbo, pop and Clark bars; go dahn to the state store and get a fifth, maybe hit up the distributor for a case of beer; we’ll bundle up for a long winter (don’t forget to leave a parking chair for your spot on the street) and type out something nobody’s ever seen before. Let’s talk about the rivers, the brownfields, the T, the Harris theater, and Andy Warhol; let’s talk about Braddock and Homestead, Bloomfield and Lawrenceville; let’s fill in the country on our Furry convention and our world records for the most zombies in a single area — or how about the world’s biggest pierogi?

The Pittsburgh anthology will be edited by Eric Boyd, a Pittsburgh native whose writing has appeared with the New Yinzer, Fourth River, PEN, Guernica, Burrow Press, the Missouri Review, Cheap Pop, Pork & Mead magazine, and many more. He is a winner of the PEN Prison Writing Award and recently appeared in Akashic Books’ “Prison Noir”, edited by Joyce Carol Oates; in 2015 Boyd will be in “Words Without Walls”, an anthology edited by members of Pittsburgh’s Chatham University and featuring work by Oates, Tim O’Brien, ZZ Packer, and others.

*Belt Magazine is committed to paying all our writers. Belt Publishing, unfortunately, cannot make that same promise to anthology contributors (the costs add up quickly!)