We are thrilled to announce that Aaron Foley will be writing a monthly column, On Detroit, for Belt. Below is the first installment.

Northland Center is the oldest suburban shopping mall in the Detroit region, and it will likely close soon. In the inner-ring suburb of Southfield, Northland — a “land” north of Detroit, in a field in the southernmost part of its county — was a place where, if you were, a teenager in Detroit in the late ‘90s or early 2000s like I was, you likely spent a lot of time.

Detroit historians will be quick to boil down city relations as “blacks staying south of 8 Mile and whites cowering up north.” Southfield — as with neighboring Oak Park, Royal Oak Township and parts of Ferndale — was an exception to this rule for many years, because it was middle-class and integrated. So too was the mall. 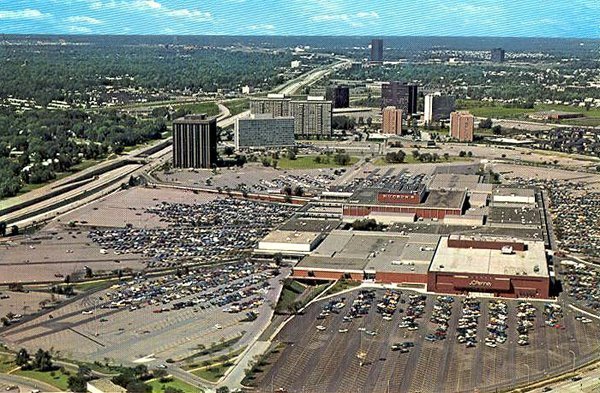 Northland Center in the 1960s

Southfield is divided from Detroit’s northwest section by Eight Mile. If one were to trace a line of middle-class migration across the city and into the suburbs, it follows Eight Mile north to Southfield. When Jewish residents left Detroit neighborhoods like Bagley, Russell Woods and Rosedale Park, they headed into Southfield, Bloomfield Hills and Farmington Hills. Black residents followed them, heading into Southfield first.

Then, Southfield became a textbook example of black inner-ring suburbia. It offered big ranches on double lots, where my mother’s sorority sisters sat on big, wooden patios with views of open spaces that reminded them of their Southern roots.

Southfield was also famous for that mall, where J.L. Hudson spread his department-store empire and had a street named after him as thanks. It was also, for my friends and me, known for the Veterans of Foreign Wars Hall, where 16-year-olds had their coronation parties, and the Star movie theater — the “Star Southfield” — which was all new and shiny when it opened in 1997, and gave us westside Detroit kids a place for the movies other than the (increasingly raggedy) AMC on the eastside. Oh, and the churches. Black megachurches and the outsize personalities that governed them began to take off in the United Stated during the 1990s, and Southfield’s Word of Faith and Hope United Methodist Church were part of this trend.

It was not all an idyll, though. I’ve heard the word nigger uttered in front of me only a handful of times, and one of those times happened in Northland Center when I was in 10th grade, and an Asian store owner called one of his customers a “stupid nigger” in front of my mother and grandmother and me.

Shopping malls offered a lower cost of entry for minority store owners in Metro Detroit, which meant that for many years, trendy, independent boutiques sat alongside the typical Stride Rites and Gaps. Today, local media is mourning the death of Macy’s and Target at Northland, but there’s little coverage of the numerous black business owners who’ll likely suffer when Northland goes under. But local media seems reluctant to acknowledge black contribution anywhere these days. Still, now and back then, a good number of Northland stores were minority-owned. 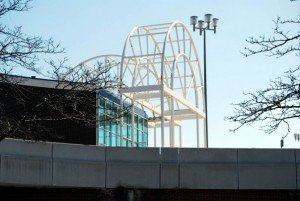 Sun’s was one of those places. At the height of the bling-bling era, stores that catered specifically to kids like me who wanted oversized T-shirts, baggy jeans and fresh kicks flourished. Every store in Northland carried Tommy Hilfiger tees, Guess jeans, Rockports and Timberlands. (It still baffles me that our footwear choices were those of Florida retirees and construction workers, but it was the 2000s after all.)

My mother, grandmother and I went to Sun’s, where they had this must-have Sean John T-shirt that I needed. No one else at school had it; it was bright red and had a picture of a mixing board, cassette tape, headphones and a CD on it, as well as the Sean John logo. After convincing my mother and grandmother that $25 was an OK price for one t-shirt, we went to the counter for checkout.

The guy at the checkout — I am not sure if he was the owner or an employee — was arguing with someone else at the register. The customer was causing a ruckus over, I don’t know, a shirt not being in his size or something, and they exchanged heated words. The customer left, and the checkout guy said “stupid nigger” under his breath just as we laid the shirt down.

“What?” my mother and grandmother said in unison.

I was too distracted to fully comprehend what was going on. I was fixated on buying the Sean John shirt so we go on our way, and I just couldn’t figure out why my mother and grandmother started arguing with this man. I remember my mother wanting to leave the store without the shirt, and my grandmother saying it wasn’t her choice, but mine. 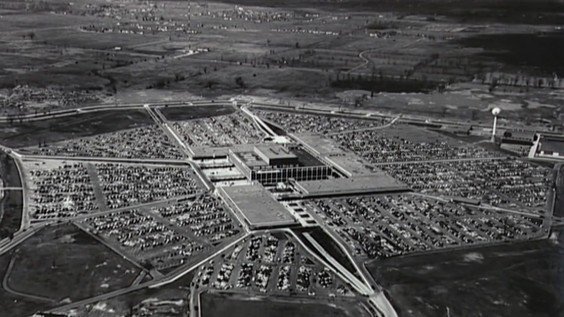 When you’re from Detroit, like both of these women are, you don’t hear nigger too often. The city became increasingly black during both of their upbringings. My grandmother, then a retired nurse, once told me the story of how she had to correct a white nurse while singing “catch a nigger by the toe” while playing around with an unconscious patient’s feet. But in general people were smart enough to not use the term.

“Do you still want the shirt, Aaron?” I remember my grandmother asking.

It shouldn’t have been that difficult of a decision, but it was. I remember thinking the owner had made an honest mistake. But I wasn’t being called a nigger, someone like me was. That was problematic. And the shirt. I really just wanted the shirt. But my mother and grandmother were angry. The employee was apologetic. But he wanted the sale.

I was 15, and I said yes to the shirt. They reluctantly paid for it, the cashier apologized again and I wore it to school soon after.

No, I shouldn’t have bought the shirt. After the sale was complete, my grandmother lectured the guy on the history of that word. He said he knew, and continued to apologize. I remember soaking it all in, getting this black history lesson at Northland.

Sun’s is long closed now, just another empty space in Northland where stores are few and far between. Hudson’s gave way to Marshall Field’s and now it’s a Macy’s — a great place for a young professional to buy career wear, FYI. Target is arguably the mall’s most popular store.

A more just world would allow Northland Mall to stay, though a future without Macy’s and Target is dire. It’s not nearly on the same level as paving over Black Bottom, tearing down Olympia Stadium or imploding the Hudson’s building downtown, but its loss would surely be one of the first major blows to the Detroit I used to know.

I gave away that Sean John shirt years ago though.

—
Aaron Foley is a Detroit-based writer, and will be writing a monthly column for Belt as well as authoring How To Live In Detroit Without Being A Jackass, to be published by Belt in fall 2015.