Wasserman Projects: One Man’s Addition To The New Detroit … Whatever That Means

Don’t call it a renaissance. Or a revival. Also out: Revitalization. Do not, do not, bring up Brooklyn when you’re talking about Detroit, not unless you’re ready to have that conversation with Gary Wasserman. Because Detroit is not Brooklyn, and, according to Wasserman, not only is Detroit not Brooklyn, it can’t be, no matter how many young people come here seeking cheap rent and opening art galleries and artist spaces. Doesn’t work that way. Sorry.

And that, in part, is why Wasserman is excited about all those artists seeking out Detroit, why he’s coming back to open a new gallery himself, and why he’s bringing chickens with him. 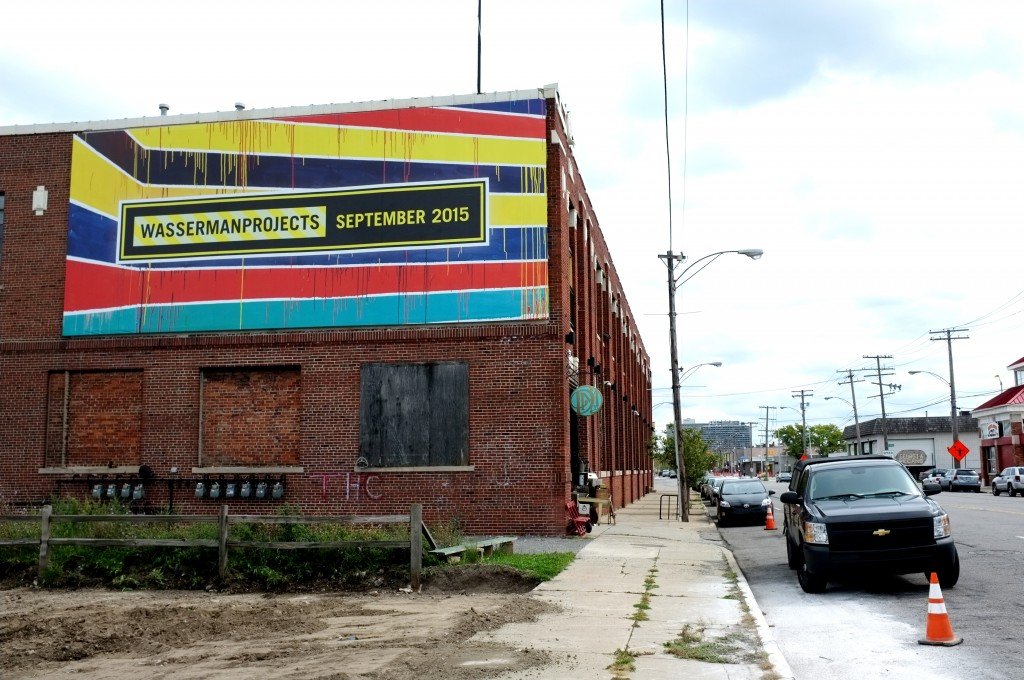 Wasserman Projects will be a gallery and artist space that, when completed in September, will take up about 9,000 square feet of an abandoned fire station in Detroit’s Eastern Market, an area that opens outdoor markets three days a week, flanked by small restaurants and specialty stores.

“We just want to be an interesting place in Detroit. You come to Eastern Market, you buy a bushel of tomatoes, and then somebody says, ‘You’ve got to see what these people are doing. They’ve got chickens in an art gallery. Who does that?’ That’s good enough,” he says.

The gallery is divided between two large connected brick buildings. The brick is fashionably old, and on one wall newer brick stands out in the shapes of large doors where you can imagine fire engines once coming and going. Upon entering, visitors will step into a more traditional gallery — paintings on walls, sculptures on pedestals — but it will get increasingly different from there. The second space will be dedicated to larger installations and the occasional performance. Gallery Director Alison Wong said she expects to have displays like digital light projections set up in the space. A small building that will morph into a pavilion and performance space is commissioned for the fall. 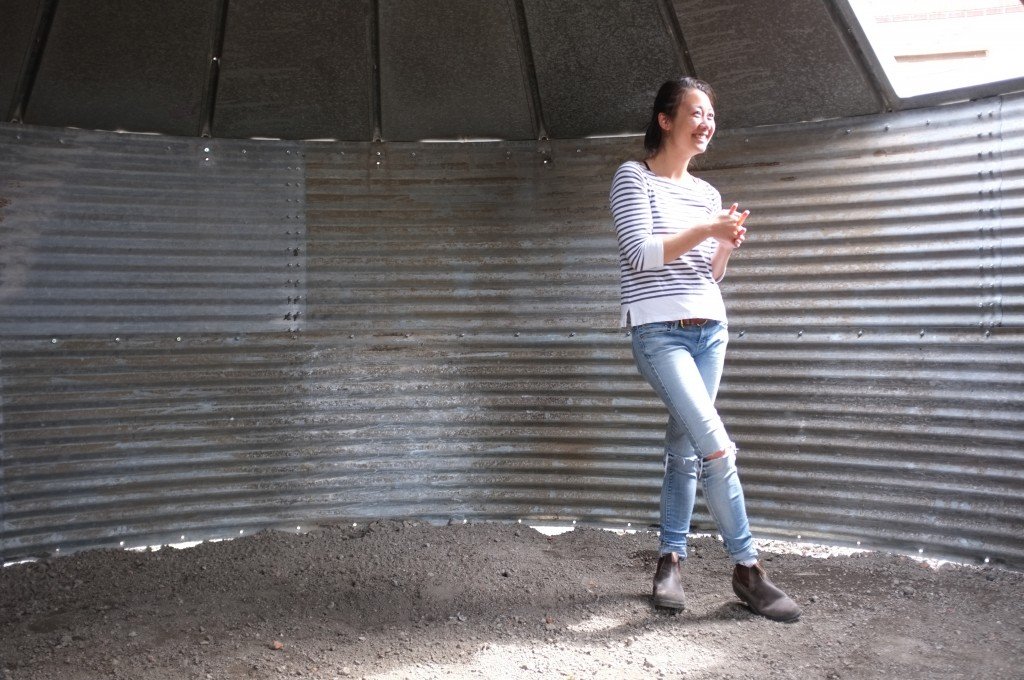 Gallery Director Alison Wong stands inside an under-construction art display at Wasserman Projects. When completed, the structure — a grain silo in the shape of a yurt — will play different sounds and music depending on how many people are in the space, what they touch, and where they stand or sit.

The final indoor space is what Wong hopes to make the most flexible, where they’ll bring in up-and-coming artists in all kinds of mediums, even culinary art, and use the space as a place where artists can collaborate and, if nothing else, meet each other.

“With a space like this, bringing in artists from other cities, pairing them with artists here, creating a relationship between them and making these lasting connections, that’s the spirit of it for me,” Wong said recently, her voice echoing off the bare walls of the space, as she stepped over the thicker cracks in the concrete floor, where the newly applied epoxy still had not entirely dried.

That leaves the chickens — as in real, live, clucking chickens. But these are not farm chickens. They are cosmopolitan chickens — so refined that, to hear them described by someone who understands it you’d think they’d be worthy of their own illustration on the cover of The New Yorker, monocle and all. It will be the first time that Belgian artist Koen Vanmechelen has taken his Cosmopolitan Chicken Project outside the borders of his own country, and Wasserman says Detroit is a perfect place for it. 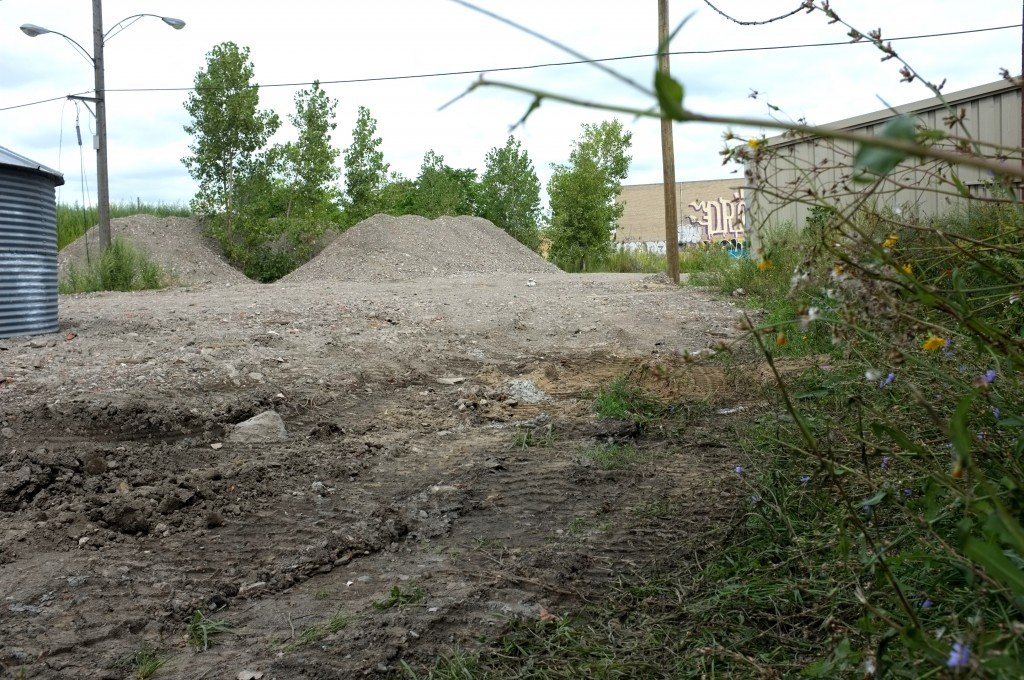 In 2016, this space outside the Wasserman Projects building will be part of an art installation that will house chickens as part of the cosmopolitan chicken project. The chickens fit the theme of the market, organizers say, even though they’re not for eating. Rather, they’re bred from species throughout the world as an art project, serving as a metaphor for global diversity.

According to Wasserman, the chickens are a metaphor, bred in a special way to create a special message. Vanmechelen started the project in the late ’90s, breeding varieties of chickens from across the world “as a symbol of global diversity,” according to the project’s website.

So, if you’re willing to look beyond the easy fact that they’re chickens, and the other easy fact that it is at least a little weird, maybe it is a project that belongs in Detroit, once a city that drew people from everywhere with the promise of steady industrial work, creating its own culture and story.

“It gives people the time to come back to it multiple times, to experience it at different levels and really drive home the meaning behind it. On the other hand someone might never get there, and that’s OK too,” Wong says. If nothing else, she said, “I have a feeling you’d be hard-pressed to forget it.” 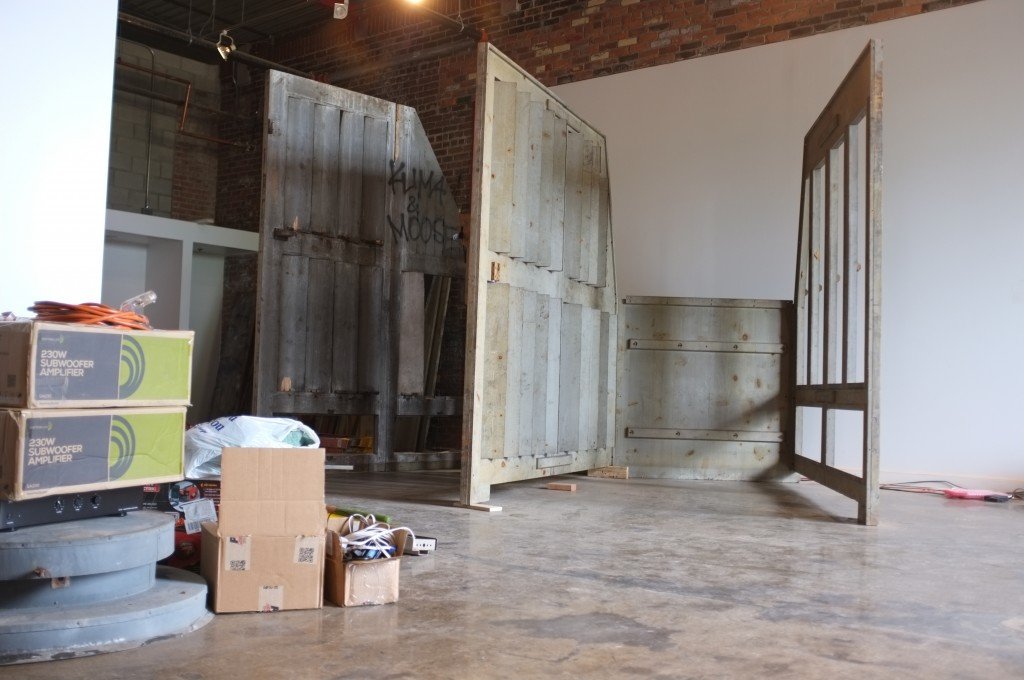 Taken from an abandoned church before it was to be torn down, this pipe organ box will be part of an art project that will allow visitors to “play” a different kind of organ. Rather than keys, different kinds of (plastic) food will be wired to a variety of lights that will shine when the various foods — fitting the theme of the gallery’s home in the Easter Market — are touched.

Wasserman, by his own admission, isn’t much of a gallery owner. He’s an industrialist, the CEO of Allied Metals Corporation, in addition to being a longtime arts enthusiast and philanthropist. He left Detroit about ten years ago, out of frustration, tired of renaissance talk. He didn’t stop hearing about it after he left, splitting his time between New York and Miami. Through the news and friends he’d hear about what he called the “rumored vitality,” and dismiss it.

Then about three years ago, another friend in charge of a gallery convinced him to return to see for himself what had changed. He came. “It would give me something to do,” he says. His predictions were right. The hype — about a new arts scene, about grassroots efforts at taking back neglected neighborhoods — was not all true. It was, at his estimate, fifty percent true.

[blocktext align=”right”]“I thought, this is so great, what’s happening. I was so excited about what I saw, I like to say I didn’t drink the Kool-Aid, I dove head first into it.”[/blocktext]That was enough.

“I thought, this is so great, what’s happening. I was so excited about what I saw, I like to say I didn’t drink the Kool-Aid I dove head first into it,” he says.

He opened a gallery in Birmingham, a Detroit suburb. He’d been collecting art his whole life, but it was his first experience with a gallery and it was a period of learning. The biggest thing he learned: He didn’t want to run a gallery.

“It is not the commercial side of it that compels me. We need it to help fund this, but it’s actually the interaction with people, with the artists, with the gallerists, with the community, with the collectors, with the students, it’s so interesting. But the actual process of running a picture store is not as — at this point in my life that’s not what I was looking for,” Wasserman says.

These unique stools will sit throughout the interior of Wasserman Projects, and visitors will be encouraged to move them throughout the gallery at their leisure. Gary Wasserman said they’re more comfortable than they look and that sitting on them will be, “a little like sitting on a toilet seat in public.”

He is not the first one to come to Detroit with artistic aspirations, but he remains adamant that Detroit is different from places like Brooklyn, itself a haven for the young and arty. On the surface the correlation is obvious. Rent is cheap in Detroit, as was rent in Brooklyn when it started drawing young people and began its steady march to become the hip and trendy (and now expensive) capital of the world. There are places like Wasserman’s old fire station, just lying around. And so people are coming to take advantage of that. The Galapagos Art Space announced late last year their move from Brooklyn to Detroit, and those infamous “Move to Detroit” billboards can still be found around New York encouraging struggling young people to head about 600 miles west to the land of cheaper rent.

But if people are expecting Detroit to be Brooklyn 2.0, Wasserman isn’t buying it. Detroit will keep on being Detroit, whatever that may mean, and Wasserman just wants to make himself, and his chickens, a part of it again.

___
Scott Atkinson is a freelance writer based in Flint, Michigan. For the past several years he has been an award-winning features writer for The Flint Journal. He teaches writing at The University of Michigan-Flint.