A Walk Through North Collinwood

This essay is an excerpt from our Cleveland Neighborhood Guidebook

The Beachland Ballroom is a crowd of people and noise. But there is no band on stage at the iconic music venue on Waterloo Road in Cleveland’s North Collinwood neighborhood. No crunching guitars, rapid-fire drums, or melodic vocals. The place is abuzz for a very different reason: Saturday brunch.

I’m seated at the bar, with a Southern-fried buttermilk chicken and biscuit sandwich in front of me, reveling in the positive energy that permeates the space on a January afternoon. Seated next to me is Daniel Subwick, a resident of North Collinwood who moved into the Glencove Building on East 156th Street in August 2015. 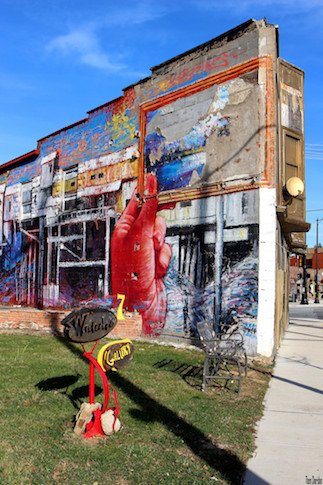 “This is the place to be on the east side [of Cleveland],” he says as we talk. “You don’t have to compromise in North Collinwood. The scene is here.”

The Glencove is a first-of-its-kind experiment in Cleveland, being spearheaded by Northeast Shores Development Corporation, the nonprofit community development organization that serves the North Collinwood neighborhood. Northeast Shores redeveloped the building, a former tavern, into apartments and artist studio/gallery spaces.

Tenants of the Glencove pay extremely affordable rents, and are required to contribute to maintenance of the interior and exterior of the property and to attend community meetings. In exchange, they earn equity — as much as $10,000 if they stay for 10 years — which can then be used however the tenant wishes. The hope of Northeast Shores is that the program will build a bond between the residents and the neighborhood, and that they will use the equity they amass for a down payment on a home or gallery in North Collinwood.

“The program fits perfectly for where I am in my life,” Subwick says. “It helped me to immediately get involved in the community, and getting that equity at the end of the day will just be a huge bonus.”

[blocktext align=”right”]“You don’t have to compromise in
North Collinwood.
The scene is here.”[/blocktext]Because of the community involvement feature of the program, the residents of the Glencove have been able to get to know one another much more quickly than in a normal apartment building.

“It’s become like a little family,” he says. “For example, Maura Rogers, a musician who lives in the building, has her practice space directly below my apartment. Her band, Maura Rogers and the Bellows, is so good, I would never even think to complain about the noise. I get my own private concerts every time they practice.”

Subwick, who works in the housing department of an inner-ring Cleveland suburb and feeds his creativity through music and web design, is exactly the type of young professional that every rebuilding neighborhood should be clamoring for. Engaged in the community and a strong supporter of local businesses, he is enamored by what North Collinwood has to offer.

“You get the sense of community really quickly,” he says as we walk down Waterloo Road. “There are a lot of people who are really excited to be living here.” 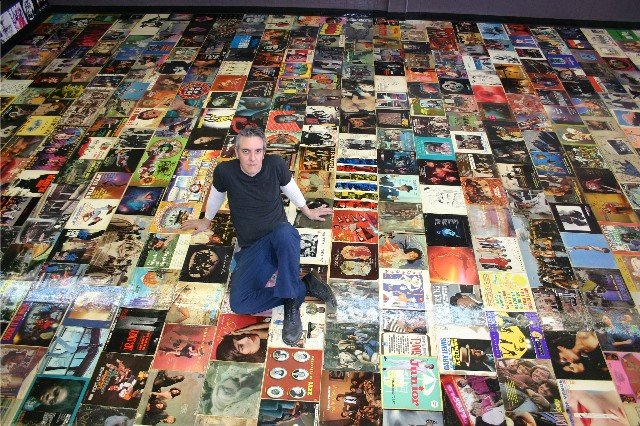 Walking around the neighborhood, there is a sense of optimism in the air. A new streetscaping project was completed in the autumn of 2014 on Waterloo Road, making for a pleasurable pedestrian experience. There are art galleries at every turn, including the much-lauded Waterloo Arts Gallery and the Maria Neil Art Project, and a wide variety of new business development. During our stroll, we pass the following:

And all of that doesn’t even mention the fact that we’re standing less than a mile from the shores of Lake Erie. North Collinwood boasts nearly three miles of shoreline, an asset that as of now is still underutilized. 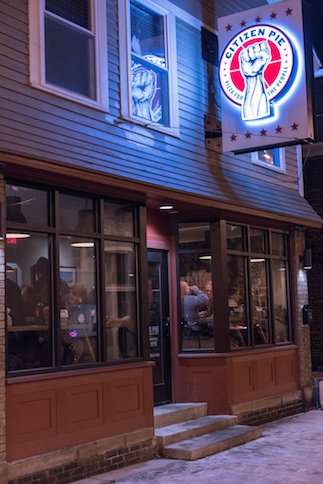 “That’s the next pressure point,” Subwick says. “Connecting what’s going on here on Waterloo with the lake is hugely important. The lake is an asset that could pull the whole neighborhood together, complement the existing arts and culture, and really become a magnet for new residents and investment.”

Rounding the corner of Waterloo and East 161st Street, Subwick ushers me into Brick Ceramic and Design Studio, which offers classes and open studio time to area residents, as well as its own commercial work. Brick was founded by Valerie Grossman, a ceramics artist and graduate of the Cleveland Institute of Art.

“This isn’t the kind of place you find in every neighborhood,” he tells me. “[North Collinwood] is the perfect venue. There’s no pretentiousness. The artists are here, period, and they’d be doing their thing regardless. But it’s great to have places in the neighborhood like this.”

We head back in the direction of the Beachland to have a beer and talk a little more, and run into one of Subwick’s neighbors at the Glencove, a photographer, on the street outside. The two are genuinely excited to see each other.

“I’ve never lived anywhere else where I could connect with everyone in my building, not just on an artistic level, but on a personal one,” Subwick tells me once back inside. 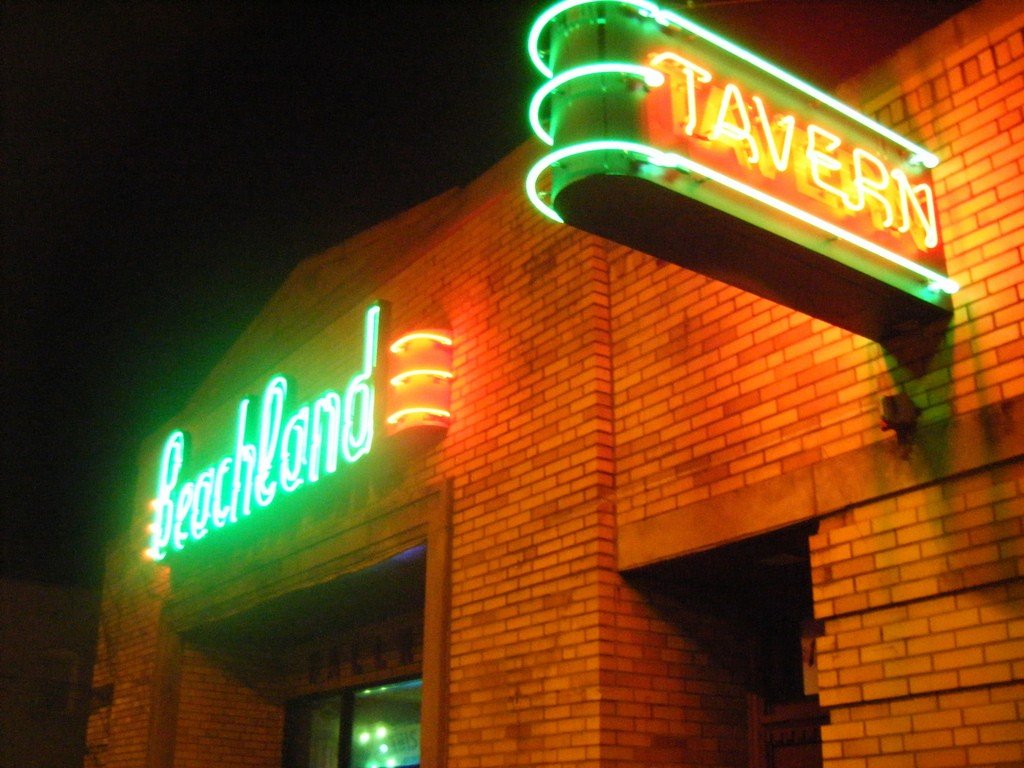 Originally built in 1950 to house the Croatian Library Home, the Beachland Ballroom has been operating as a music venue in the North Collinwood neighborhood since 2000.

“This place is the anchor of the neighborhood, for sure,” Subwick says. “Without it, you’d lose that central, driving force. Everything has grown organically around it.”

[blocktext align=”right”]“There’s a great relationship between the people here, a ton of friendliness and support. It’s really beautiful.”[/blocktext]After the devastation wrought by the housing crisis and economic downturn, that anchor, along with the work of Northeast Shores, has helped North Collinwood to hang on for dear life. A fortunate few areas in Cleveland have succeeded in bringing themselves back from the brink of oblivion, and North Collinwood is one place that has quietly been doing just that.

Not often mentioned alongside the likes of Ohio City and Detroit Shoreway, North Collinwood is at the forefront of neighborhood redevelopment in the city. Utilizing the arts, targeted investment, and an innovative renter equity program that could certainly be replicated elsewhere in the neighborhood and the city at large, North Collinwood has begun to symbolize the very best Cleveland has to offer.

“I already feel it, wanting to stay in this neighborhood long-term,” Subwick says. “There’s a great relationship between the people here, a ton of friendliness and support. It’s really beautiful.”

Read more great essays like this in our Cleveland Neighborhood Guidebook.

___
. Benno Martens is an indie writer in Cleveland, where he covers urban planning, community development, and sports. Follow him on Twitter @wbennomartens.

Join us for Belt’s Unbuckle Party on March 4 in North Collingwood.
FacebookTwitterLinkedInRedditEmail