When we cooked up the idea of inviting journalists to come to Cleveland this summer for the Republican National Convention, we thought it would be a fun experiment, that we might discover some new writers, and that we would be able to, collectively, cover the anticipated circus from some unusual and unexpected angles. All that still holds true; what we didn’t anticipate was that our initial announcement of a single $1000 fellowship would inspire a matching grant from an anonymous donor, upping the number of fellowships from one to two — the second earmarked for a woman or person of color — and then that, over the ensuing month, we would receive more than 80 pitches from as just as many talented writers.

The whole process has been overwhelming, inspiring, and humbling. So much so that ultimately we couldn’t pick just two. (What can we say: we want it all.) So we looked under the couch cushions, scraped together some additional coin, and we’re very pleased to introduce the following four writers  we will welcome to Cleveland, and to Belt, this July. 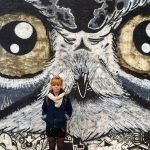 Sarah Brumble is a writer and photographer hailing from Wheeling, West Virginia, and Portland, Oregon. A graduate of Macalester College’s Creative Writing and Critical Theory cult, she interned in Cambridge University Press’s West and Central Africa Branch Office before going pro and selling her work to Atlas Obscura, the American Guide, Playboy, and various other publications with mixed reputations. When not sailing through shark-infested waters or walking overland into Nigeria, she can be found hiding in the dark corners of music venues, buying very cheap plane tickets to distant lands, and not-not trespassing closer to home. She currently lives in Minneapolis. 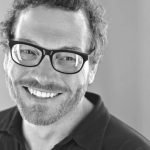 David Giffels‘s books include The Hard Way on Purpose: Essays and Dispatches From the Rust Belt (Scribner 2014); All the Way Home, (William Morrow, 2008), Are We Not Men? We Are Devo! (co-written with Jade Dellinger, SAF Publishing 2003) and Wheels of Fortune: The Story of Rubber in Akron (co-written with Steve Love, University of Akron Press 2008). A former Akron Beacon Journal columnist, Giffels has had work published in the New York Times Magazine, Parade, the Wall Street Journal, Esquire.com, Grantland.com, Redbook, and many other outlets. He also was a writer for the MTV series Beavis and Butt-Head. He is an associate professor of English at University of Akron, where he teaches creative nonfiction in the Northeast Ohio Master of Fine Arts Program, and a contributor to The Cleveland Anthology (Belt Publishing, 2012). 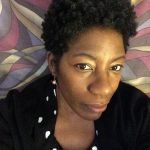 Anna Limontas-Salisbury is a freelance journalist currently “scratching and surviving,” in Bed-Stuy, Brooklyn. She began her media career as an intern with WBAI Pacifica Radio’s “Under The Learning Tree,” with host and producer Kamau Khalfoni, and with Women’s eNews McCormick New Writers Program. She has also apprenticed with Bric Arts Media (formerly Brooklyn Independent Television), where she learned to produce segments for local television. She’s a proud graduate of the CUNY Graduate School of Journalism, class of 2008, and a contributing writer to Women’s eNews, where she writes about women and poverty. 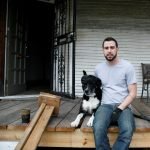 Drew Philp’s work has appeared in BuzzFeed, the Guardian, Publishers Weekly, Spirit Magazine, the Detroit Free Press, the Metrotimes, the Bakersfield Californian, and the Michigan Daily, among other publications. In 2017 Scribner will publish his first book of nonfiction, a yet-untitled memoir on Detroit. He was recently selected as one of the 2016 11th Hour Food and Justice reporting fellows by Michael Pollan and Maria Wollan at the University of California-Berkeley. In addition to nonfiction Drew has been a writer in the film industry, having written two feature length dramas on contract. He lives in Detroit with his dog, Gratiot, in a house he built with his own hands from the shell of one purchased for $500. He is 29 years old.

Want to support this initiative? Become a member of Belt or contribute to our RNC fellowship campaign.