Where Did Archie Go?

For first time in seven years, I chose to listen to someone talk on the radio in the mornings. My Blackberry Z10 doesn’t have the Spotify app, so now I’m stuck with Apollo and the radio. I no longer have an iPod or iPhone. My choices are limited and my commute to work got longer. Surfing around radio channels, I came across 87.7 FM’s “The Black Mr. Rogers” morning radio show. Host Archie Berwick turned my morning situation around. I was set.

Like hundreds of other Clevelanders, I looked forward to Archie’s show. It was refreshing knowing that on my drive, I wouldn’t have to hear about the latest Kardashian break up or Miley Cyrus’ behavior. On Archie’s show, local artists got the opportunity to showcase their tracks and listeners won contests crooning the lyrics of favorite old TV show songs.

Until one Monday morning, on my way to work—Archie was no longer on air. What happened? Was he sick? Was he vacationing? It’s okay—he deserved a few days off. But Tuesday and Wednesday passed and he wasn’t there. Thursday greeted me with the same emptiness. Something was wrong.

I needed an answer, an explanation. I visited 87.7’s Facebook page, where other confused listeners aired their outrage. We soon learned that he was fired. According to now-deleted comments on the page, the station was not happy because the ratings, through growing steadily, “were not growing fast enough.”

We listeners thought we had a good thing going. The loss was best summed up on Facebook by a listener named Jason Constantine: “Very sad to hear Archie go. Cleveland is (was) the home of Rock n’ Roll. Archie captured that perfectly. I was excited to be in Cleveland listening to Archie and 87.7 — 87.7 is what Cleveland music scene was all about, but listening today, well, I might as well have been listening to corporate radio. If you did it for the ratings, Archie was not the issue. Lack of getting the 87.7 brand to the public was.”

He made a good point: Cleveland, like rock n’ roll, is an eclectic mix of different ethnicities, races and backgrounds. We’re not some predetermined corporate mix. We are different. Archie’s show was different. He mixed blues, jazz, and oldies into the alternative rock format. His diverse taste appealed to listeners of all ages and backgrounds—and his honest advice, clean jokes and positive messages brought the city together beautifully every morning.

A boomerang Clevelander myself, I wanted to talk with Archie about his relationship to the city this time around. What brought him back? What does he think of Cleveland now—now that he’s no longer on the air?

We met in November at Tremont’s Civilization coffeehouse, where he talked about his vision for a distinctly Cleveland radio show. First, it was Cleveland, so it had to be rock ‘n’ roll—but in the omnivorous sense, not a watered-down playlist with 17 songs. “People forget that rock n roll wouldn’t have been rock and roll without blues, jazz, and R&B—all that was a part of the creation of rock ‘n’ roll,” he said. “To me, if you have a rock ‘n’ roll channel, then you should play some jazz, blues and R&B as well—all those rhythms and sounds make rock ‘n’ roll, and that is what Cleveland is. Rock ‘n’ roll is not just Bon Jovi or Lynyrd Skynyrd. We forget about the other music.” 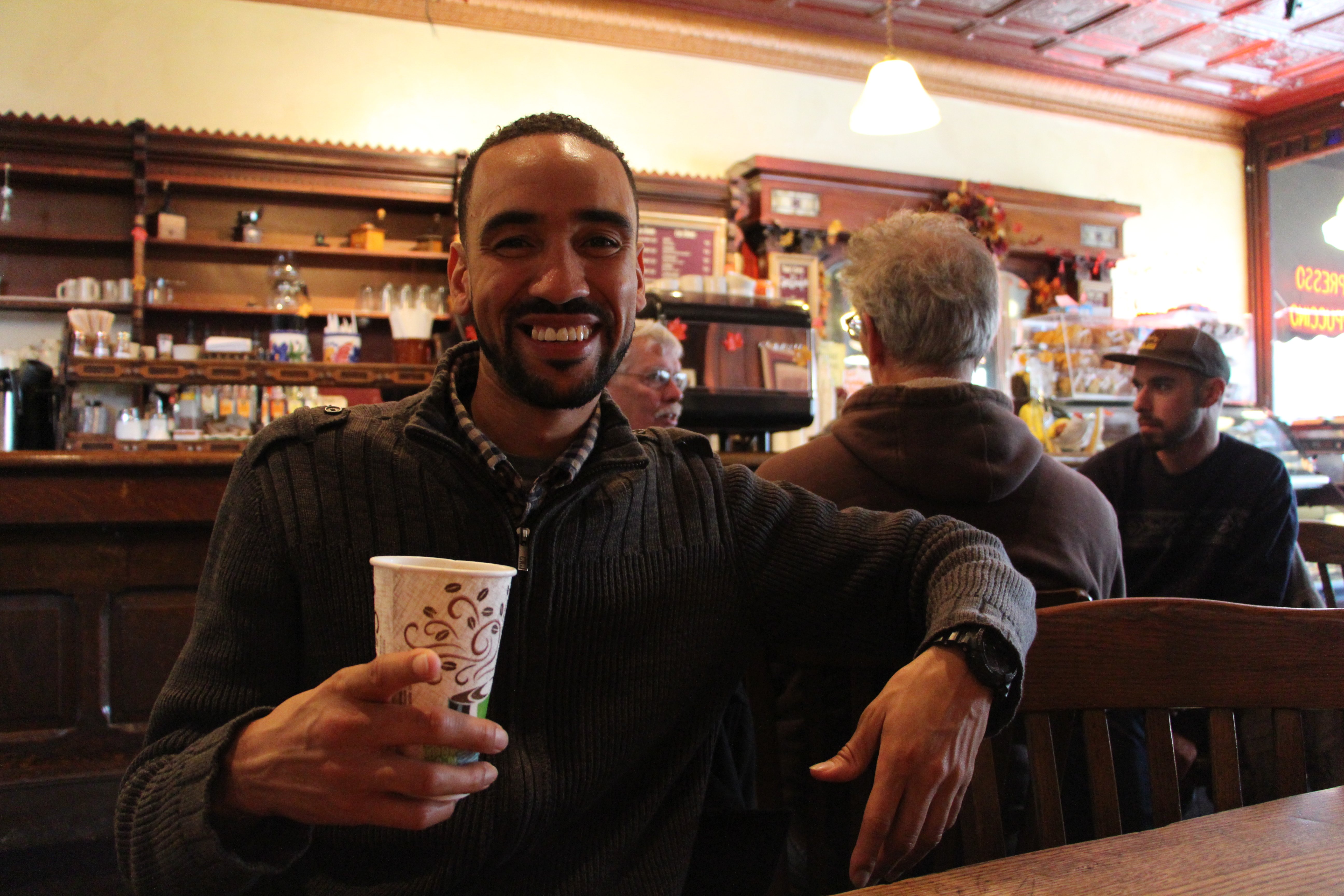 Archie Berwick, during an interview in Tremont in November. Photo by Lyneida Melendez

Cleveland is also the most racially diverse city in the state. Serenading the city with a wide and diverse array of music makes total sense. And Cleveland’s median age of 37 makes it an older audience with a bigger back catalog. [blocktext align=”right”]“I thought—you want to bring together whites, blacks, Puerto Ricans, Asians, everybody together in one car, listening to the same music? That is what I want to do!” –Archie Berwick[/blocktext]Archie understands our demographics and delivered accordingly.

“The show I did in the morning was my show,” he said. “I produced it. I did everything myself. One day, I came up with the idea of featuring a local artist segment—to give them a chance to earn their respect on the radio. I was doing my own thing. What I felt a morning show should be like.”

Archie wanted to work for a diverse radio station that would offer a more progressive view. “‘We want to bring that New York flavor to the city of Cleveland,’” he recalls being told during his interview with the station last year. “I thought—you want to bring together whites, blacks, Puerto Ricans, Asians, everybody together in one car, listening to the same music? That is what I want to do!”

There are more African-Americans, Hispanics and Asians in Cuyahoga County than elsewhere in the state, as well as more foreign-born people. While less diverse than New York City, according to the U.S. Census, Cleveland closely resembles Atlanta in its diversity—yet with a larger population of Hispanics and people claiming two or more races.

But Cleveland’s local radio stations are not diverse—not by race, or by age.

Archie was optimistic when he arrived in Cleveland to start work at the station. “I can relate to different types of people,” he says. “I wanted to bring us all together. Everywhere I went, people would come and say to me that they were listening to the station. I thought we were doing really well.

“The day they let me go, I was confused. After seeing listener comments on Facebook, I realized we were building a good audience. I am still confused and beyond disappointed at the outcome.”

Shortly after being removed from 87.7, Archie was asked to host a morning show on Internet radio station VoiceItRadio.com. Now he’s two floors down from 87.7, doing what he does best: waking up Cleveland.

“I was scared about doing this, since a lot of people don’t have access to listening to Internet radio in their cars, so it’s going to be a different feel,” says Archie.

As for 87.7, its future is in flux. Last week, the station announced that it was changing to a Latino format. Listeners responded with a Facebook petition protesting the decision, which quickly received 5,000 signatures.

Lyneida Melendez is a trade magazine editor in Cleveland.