This collection of black-and-white film photographs taken by Serhii Chrucky surveys automotive-oriented environments in the Northern Rust Belt between 2003-2008. Starting from his native Chicagoland and sprawling eastward off the lower Great Lakes shores toward Ohio, Michigan, Pennsylvania and New York State, Serhii drove through cities closely associated with the early 20th-century industrial boom, focusing on the structural detritus and vacuity of American car culture. Typically panoramic in scope, these images diffuse the primacy of the photographer as well as any other human subject — preferring, instead, to capture the anatomical paradoxes of the built environment. Not an explicit editorial on either the ravages or advantages of our automotive obsession, Chrucky maintains an almost clinical relationship to the spaces he documents, swerving away from sentimentality and sensationalism alike and wary of conventional aesthetic elegance.

American street, road and landscape photography is so intensely familiar and storied that it may parallel the car in the short-list of defining U.S. exports. Auto Endeavor rejects the conventions of all three of these genres in its distinct lack of discernible narrative, resistance to pictorial beauty and consistently flat affect. The images in Chrucky’s series rarely engage the allure of such artful techniques as high contrast or formalist compositional framing. Rather, the acutely marginal spaces captured in his series find their closest kin in surveillance footage or utilitarian land-surveyor documentation. The absence of an emotive gaze — reflected, as in Lee Friedlander’s work, in mirrored surfaces, or caught in the eyes of other human subjects, as in the work of Robert Frank — is persistent. Where industry or the automobile have failed or flourished is not an object of romanticization or criticism. It simply is — becoming a curiously static condition notable for being fastidiously edited out in our illustrated history.

Where we, as viewers, find ourselves in this work is in how it trains our gaze. The urban landscape of St. Louis — being, as it is, another Rust Belt city — proliferates with corollaries to these otherwise elusive photos. Stepping away from Auto Endeavor and into the environment at hand becomes a participatory exercise; the edges of our homes, and the highways bisect them, gain new interest in exemplifying countless opportunities to reassess the dismissed. In that sense, Auto Endeavor occupies a kind of dual meaning — implicating the self in auto, and endeavor in the continual challenge provoked by simply looking, closely. 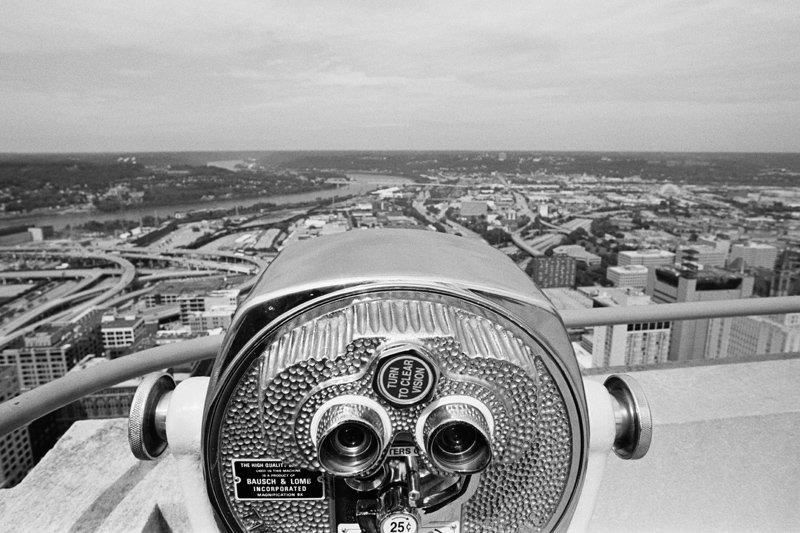 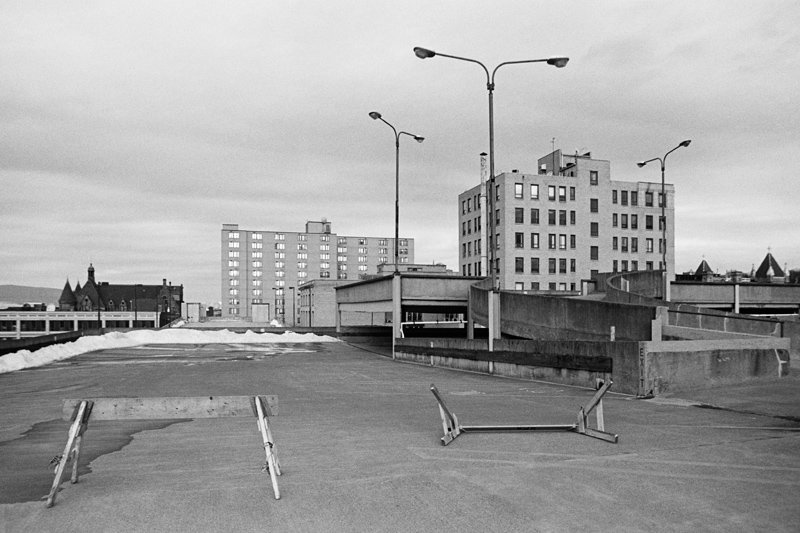 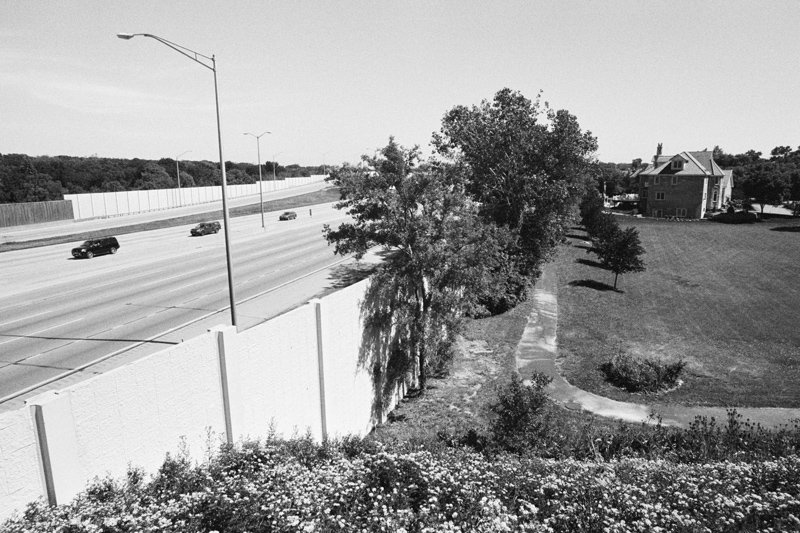 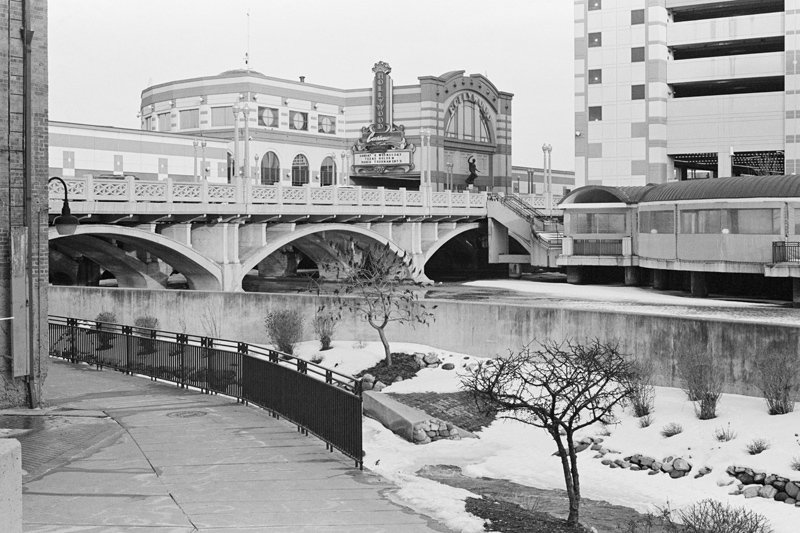 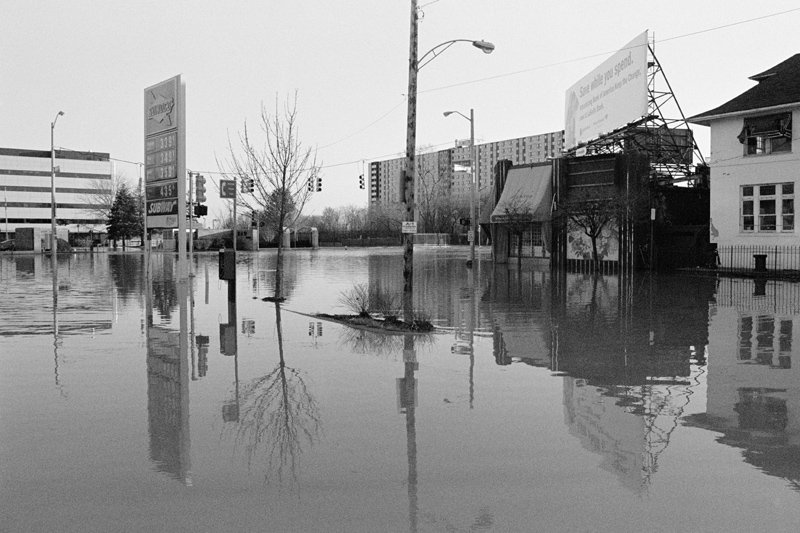 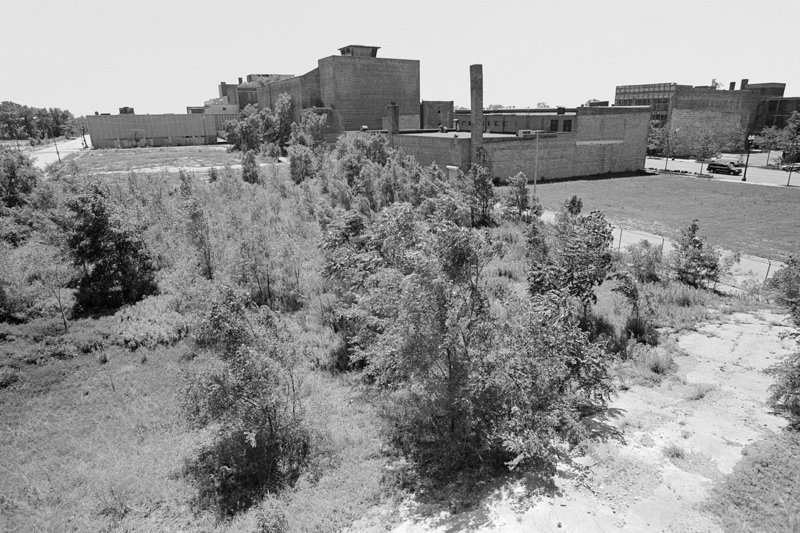 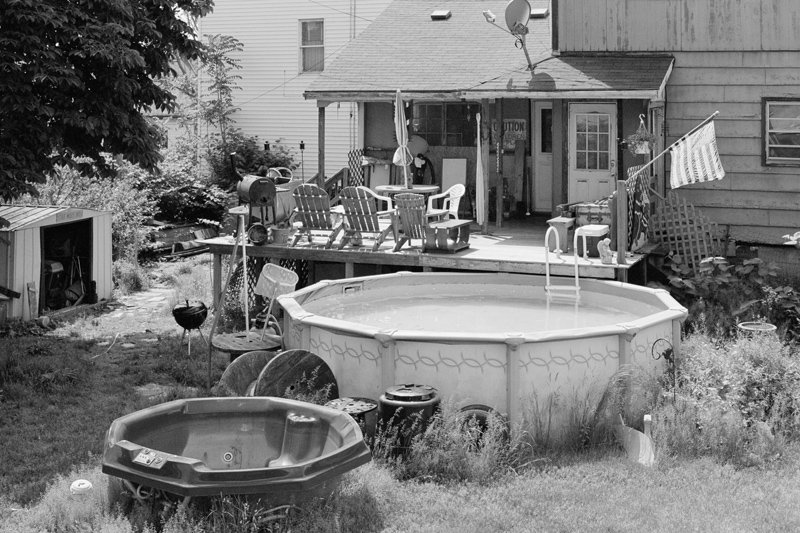 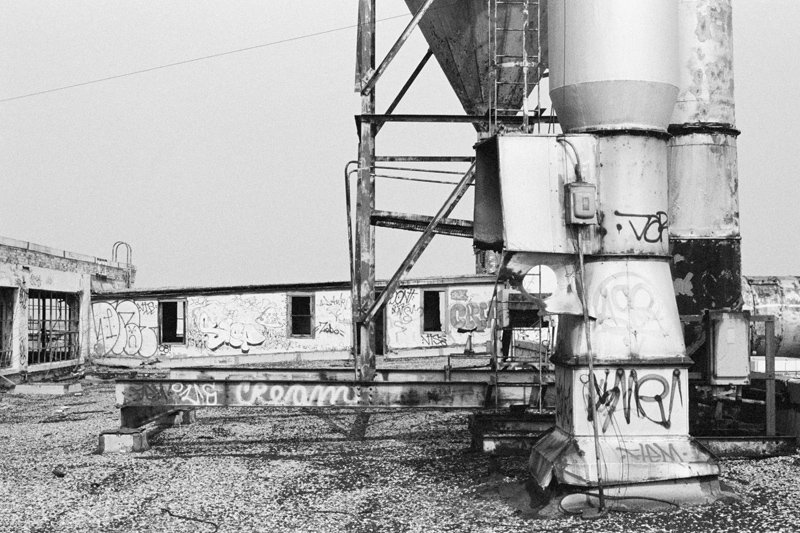 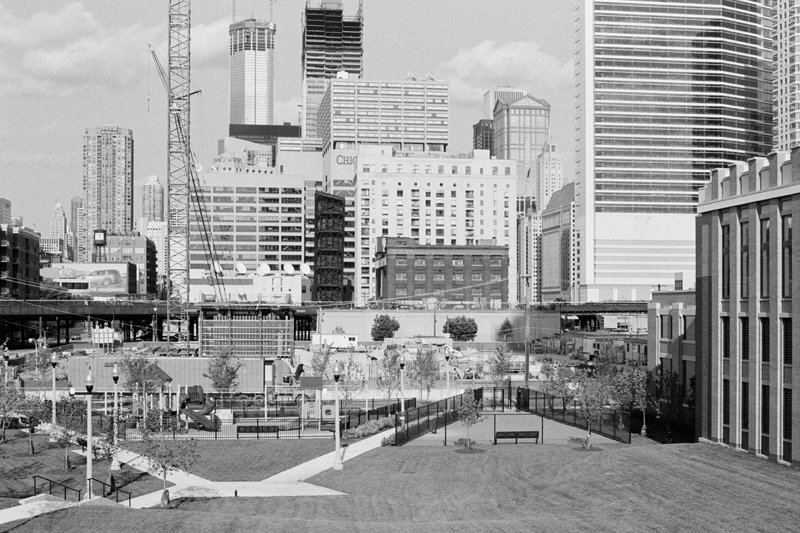 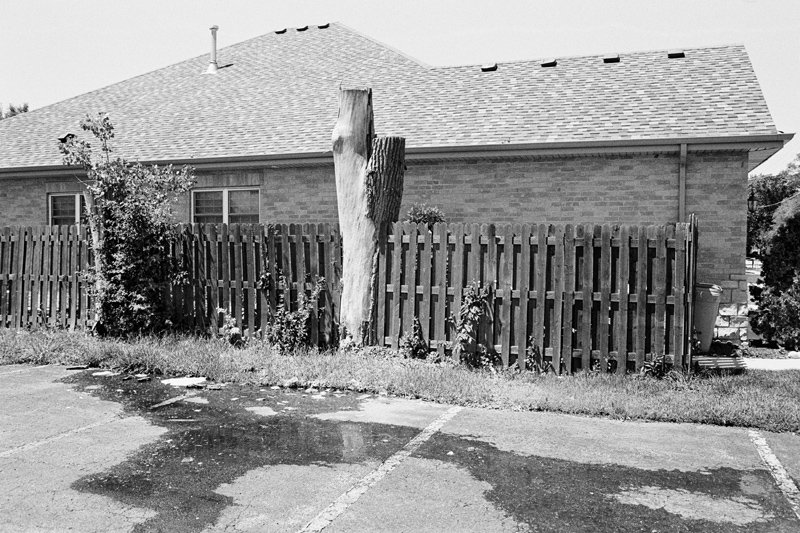 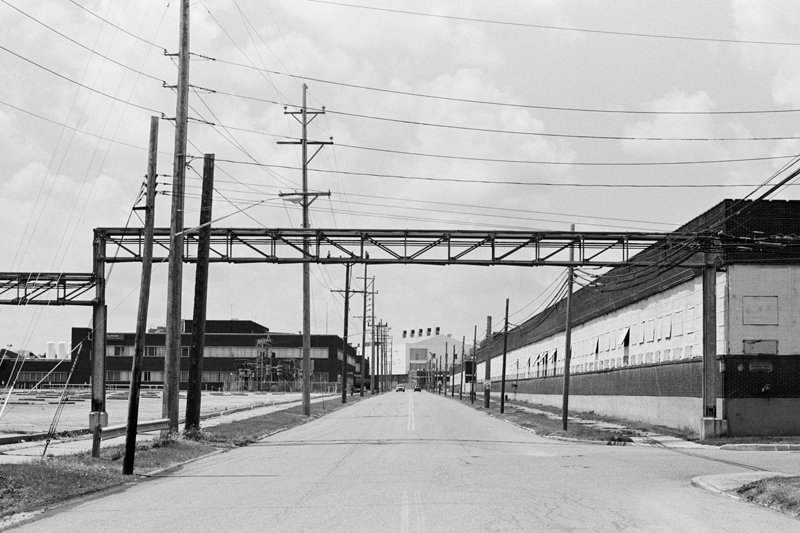 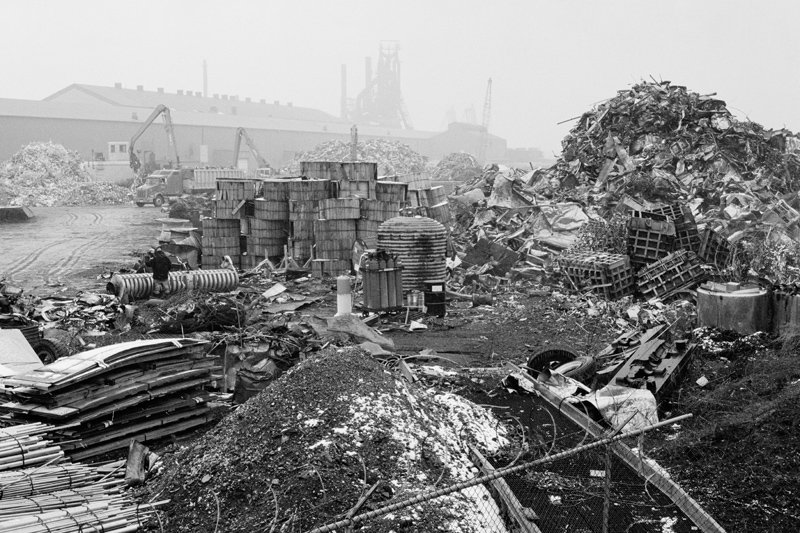 Serhii Chrucky received his BFA from the University of Illinois at Chicago and his MFA from the Sam Fox School of Design and Visual Art. He co-founded the website Forgotten Chicago, to which he regularly contributed writing and images. He currently teaches photography at the Art Institute of St. Louis and lives and works in St. Louis.

Photos from Auto Endeavor are on display through February 14 at Fort Gondo Compound for the Arts in St. Louis.