Excerpted from Folktales and Legends of the Middle West, out now from Belt Publishing
by Edward McClelland with illustrations by David Wilson

Two fishermen, who liked to spend summer Saturdays out on the lake with a pole in one hand and a can of Schlitz in the other, saw Bessie one terrifying afternoon in the 1980s. Frank and Joe left the East 55th Street marina in Cleveland just after dawn, in Frank’s twenty-foot fishing boat, the Cool Breeze. They had a cooler full of beer and sandwiches and a carton of worms they’d purchased from Vic, the old Croat who ran the bait shop. Lake Erie was waveless, windless, and as smooth as a blue tarpaulin stretched from Detroit to Buffalo. Frank and Joe motored fifteen miles from shore, set their lines, pulled the brims of their caps over their eyes to shade them from the white sun, and cracked open a couple of tall boys. By the afternoon, the six-pack was gone, replaced in the cooler with the glittering corpses of walleye and perch. They planned on picking up another six-pack on the drive back to Joe’s place, where they’d gut and fry the fish to eat with greens and cobbler. Mrs. Joe Deshazer made the best peach cobbler in East Cleveland. 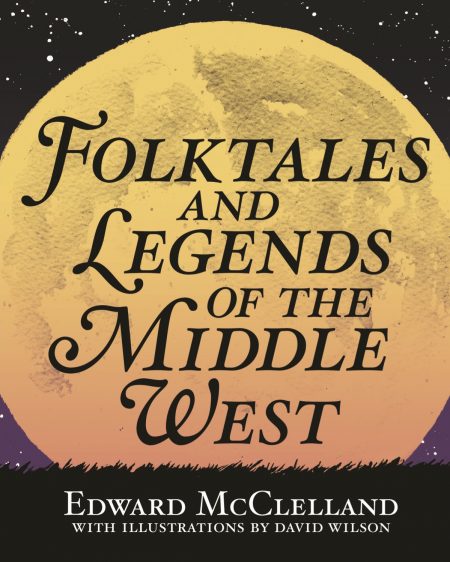 The two anglers were hauling in their lines when the water beneath them began to heave and swell. Frank grabbed the side of the boat. His foot reached forward in awkward half step, as he struggled to keep his balance. Frank and Joe looked each other bewildered. Storms whip up quickly on Lake Erie, the smallest and shallowest of the Great Lakes, but it had been as gentle as a pond all day, and still no waves disturbed its glossy sheen, no storm clouds darkened the Canadian shore. Frank was pitched against the railing. He looked down into the lake and saw a black shape, longer than his boat, gliding beneath the surface. The wavering water blurred the creature’s shape, but Frank thought it looked like the biggest alligator he had ever seen.

It was no alligator. The creature gripped the hull of the Cool Breeze with its long arms and began rocking the boat back and forth. The cooler slid across the deck, struck the railing, and tumbled into the water, its lid flying off and releasing the day’s catch back into the lake. Shaking and tingling, fear filling his body like helium, Frank stumbled to the captain’s chair and fired up the engine. As he opened the throttle, the creature released its grip, and the Cool Breeze sped back to Cleveland at top gear. As soon as he calmed down enough to let go of the wheel, Frank radioed the Coast Guard.

“I just saw a creature that looked like a really long alligator,” he reported. “The damn thing grabbed my boat and tried to tip it over! I was shaking like a bell!”

“Sir, can you tell us what color it was, how long it was?” the officer on duty asked.

“It was black, like the Creature from the Black Lagoon, and it was longer than my boat, and my boat is twenty feet long.”

“Sir, it sounds as though you saw the Lake Erie Monster. If you give us your coordinates, we’ll send a cutter.”

The Lake Erie Monster was Cleveland’s creation. During the city’s industrial heyday, the Cuyahoga River—the slow, sinuous channel that carried the effluent of steel mills, paint manufacturers, and chemical plants into Lake Erie—was one of the filthiest bodies of water in the world. The Cuyahoga was so combustible that a spark from a passing train ignited a fire that floated downstream, charring a railroad bridge. It was said that the toxins did not just kill the river’s wildlife, but mutated them. There were stories of three-eyed trout and hermaphroditic carp that carried both eggs and milt. As the river became packed with industrial waste, it barely qualified as water anymore, so a clever fish decided that if he couldn’t beat the factories, he would join them. Born with abnormally long flippers and a pair of lungs, the fish crawled out of the river and presented himself at the employment office of the Jones and Laughlin Steel Company, wearing a hard hat to conceal the fact that he had no hair or ears. Giving his name as Norbert Bass, he was hired as a stoker, shoveling ore into the furnace on the night shift. The fish worked his way up to inspector, earning enough money to buy a house in Parma and a vacation timeshare in Florida. Sadly, his success led to his demise. A freshwater fish, he died while swimming in the Gulf of Mexico with his wife and children.

“I just saw a creature that looked like a really long alligator. The damn thing grabbed my boat and tried to tip it over!

The Lake Erie Monster began her life as a sturgeon, hatched off Edgewater Beach. She was ten feet long, longer than most of her species. One day, she was sucking worms out of the mud near the mouth of the Cuyahoga when she inhaled a mouthful of iron sulfite, which had floated downstream from a steel mill and settled in the riverbed. Right away, she felt a change in her body. Her snout and tail grew longer. Her fins lost their fanlike shape, becoming long, thin tentacles. Rather than a sturgeon’s usual diet of insect larvae and worms, she developed a ravenous appetite for toxic waste. And in those days, the mouth of the Cuyahoga offered plenty: ferrous sulfate and fleece dust, gasoline and oil, calcium sulfate and iron scale. The monster scarfed it all. She couldn’t control herself. And the more she ate, the larger and more grotesque she grew. Schools of sturgeon in which she had once swum anonymously now scattered at the sight of her, fearing she was a predator. She tried eating worms again, hoping they would restore her to the shape of a sturgeon, but she could no longer digest them. Her metabolism had changed, and now she could only consume toxins.

In her hideous new state, the creature developed a hatred of the humans who had polluted the lake and transformed her into a monster. She decided to take revenge on Cleveland, and the entire state of Ohio. After her attack on the Cool Breeze, a family of six reported seeing “a huge snakelike creature” off Cedar Point. A lakefront farmer claimed that one of his pigs had gone missing, and that the trail of a “long, thin creature, like a giant slug,” led from his pigpen to the beach.

As the monster sightings multiplied, a marina owner offered a $5,000 reward to anyone who captured her alive, so she could be examined by a zoology professor from The Ohio State University. The marina owner labeled a containment pond on his property “Future Home of the Lake Erie Monster.” The Port Clinton Beacon held a contest to name the monster, settling on South Bay Bessie—quickly shortened to just Bessie—after the Davis Besse Nuclear Power Plant, surely a symbol of humanity’s capacity to mutate nature. A Cleveland wax museum displayed a portrait of the Great Lake Erie Serpent. 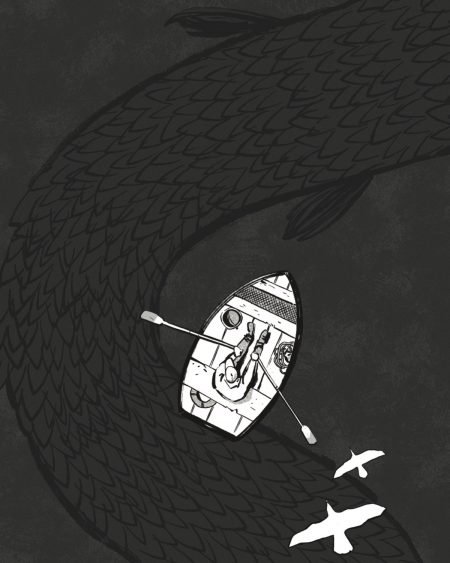 Bessie decided that harassing fishermen and farmers was not the way to punish the real culprit for her predicament: the industries that had fouled the Cuyahoga. To strike at them, she would have to sink one of the freighters that delivered iron ore to the steel mills. So she began lurking among lake traffic, seeking an opportunity to attack a boat. Sailors standing watch in pilothouses told of seeing a black head protruding thirty feet above the lake’s surface, and a body “shaped like an eel’s.” But the largest freighters are a thousand feet long, so no matter how much toxic waste Bessie consumed, she never grew large enough to get a grip on a hull. Perhaps she could have crippled a ship by tangling herself in its propeller, but her self-loathing was never strong enough to drive her to suicide. She had to satisfy herself with being a specter, a sight so frightening she might drive sailors to quit the Lakes. As one wrote in a letter, “For the last three summers, we’ve seen one of the most terrific sea monsters in existence in different parts of the lake.”

Bessie did not meet her end in a confrontation with a ship, or entangled in a serpent hunter’s net. She disappeared because Cleveland was so embarrassed about the Cuyahoga catching fire it decided to clean up the river. The city built huge tunnels to store rainwater, so it wouldn’t have to dump untreated sewage into the river during storms. The president of the United States signed a law prohibiting factories from dumping their wastes into rivers. The paint factory closed, as did the slaughterhouses. Some of the steel mills closed, too. When the mills shut down, fewer freighters docked in Cleveland. The Cuyahoga stopped smelling like rotten eggs. With the river’s freshness restored, kayakers began paddling through downtown Cleveland, to Lake Erie. With each passing year, there was less toxic waste for Bessie to eat. Gradually, she began to shrivel. Her tentacles shrunk back into fins, until finally, she was a sturgeon again, eating larvae and worms.

Bessie only terrorized Lake Erie for a brief period during the 1970s and ’80s, when Cleveland was at its most dismal and polluted. Yet her name and image live on as symbols of the city’s nadir. Then she became a sturgeon again, and sturgeon don’t concern themselves with the affairs of people, unless they find themselves on the end of a hook.

Excerpted from Folktales and Legends of the Middle West, available now from Belt Publishing.

Edward McClelland is the author of How to Speak Midwestern. His writing has appeared in publications such as the Columbia Journalism Review, Los Angeles Times, New York Times, and Salon. He lives in Chicago.