Ed Rivet is a true “red” Michigander. Born and bred in Bay City, he found his way to Lansing, first as an MSU Spartan and then as a Republican legislative staffer. For the past 27 years, he’s been known as “the pro-life guy” in the state capital in his capacity as a professional lobbyist for the right-to-life movement. “Needless to say, for a lot of people, it’s just an automatic, ‘Yeah, he’s a political conservative, all right,'” Rivet says.

But in his off-hours, Rivet spends his time advocating for a different cause: clean energy. 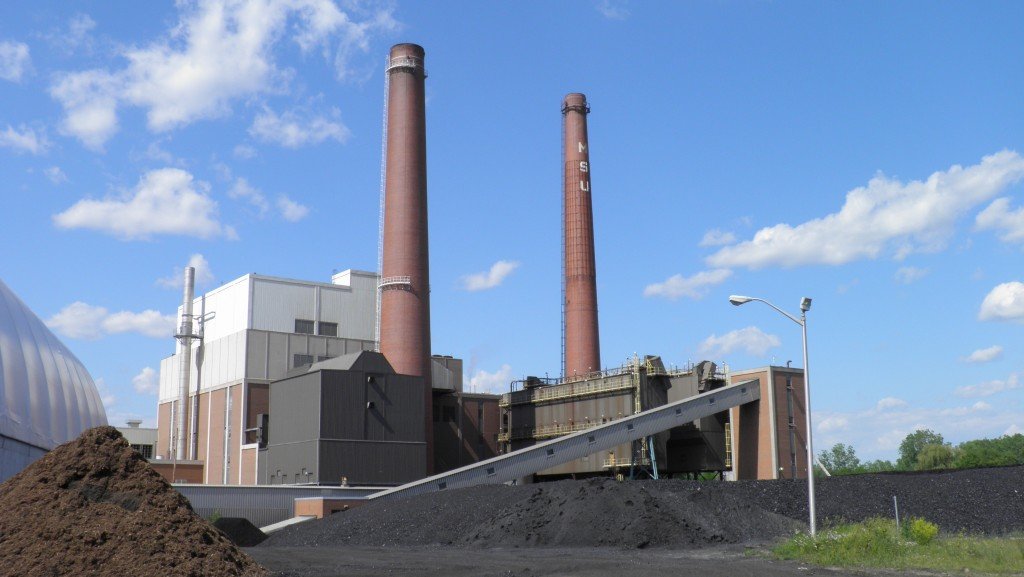 Political wrangling in Michigan over the state’s energy future is taking place this year under the looming shadow of Obama’s Clean Power Plan, which is placing new federal requirements on states to cut carbon emissions from power plants. In 2014, about half of Michigan’s electric generation came from coal, most of which was mined and transported from Wyoming and Montana, according to the U.S. Energy Information Administration. In 2012, Michigan was ninth in terms of overall coal consumption; the remainder of Michigan’s electricity comes from a mix of nuclear power (about a third) and natural gas (about 15 percent), with renewables hovering just under 10 percent. The new regulations, combined with an aging coal fleet, means that Michigan will need to replace much of its electric generation capacity in coming years.

How that capacity will be replaced, and by whom, will be determined by Michigan’s current conservative leadership, who find themselves in a curious position of attempting to craft conservative, free-market policies in a market that is anything but free.

And this is where Rivet, who has a passion for the outdoors, comes in. “To be honest, while I agree there’s climate change, I believe it has been around forever, and it’s never going to go away,” he says. “I’m more concerned about us in Michigan using a lot of coal because we don’t have any coal. We import every bit of coal we use in Michigan. That’s not a sensible economic place to be in.”

“If you talk about climate change, you turn conservatives off. They bury their heads in the sand and put up brick walls. We come at it from jobs and the economy, national security, and protecting natural resources.”

Squarely off the table is talk of climate change.

“If you talk about climate change, you turn conservatives off,” Ward says. “They bury their heads in the sand and put up brick walls. We come at it from jobs and the economy, national security, and protecting natural resources.”

Furthermore, Keith den Hollander, chairman of the Christian Coalition of Michigan, which advocates for clean energy, says Republicans are afraid of being seen as supporting government mandates — an especially tricky position, given the nature of utilities. “There are a lot of people who don’t realize that the energy market is a regulated market,” den Hollander says. “They assume it operates under the same free market principles as any other business. That puts up a natural resistance when people talk about making requirements of utilities, which is what a mandate does…However, the utilities aren’t operating in the free market. Everything that we tell them to do is essentially a mandate because by virtue of being regulated we are telling them exactly how they’re going to operate.” 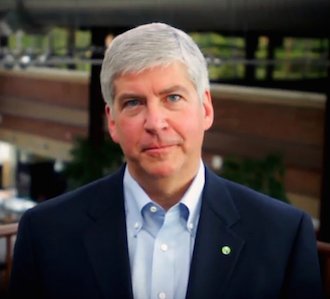 In March 2015, the Christian Coalition of Michigan commissioned a poll to gauge attitudes among Michigan voters on clean energy. The survey was deliberately completed in advance of an expected message on energy by the state’s Republican governor, Rick Snyder, and the results indicated strong support (84 percent) among Michigan’s electorate for increasing Michigan’s renewable energy mandates on utilities. The mandate, which was adopted in 2008, required utilities to achieve a retail supply portfolio of 10 percent renewable sources. It spurred investment in renewables, primarily utility-scale wind energy, at a lower cost than expected. The law sunsets this year, and in 2012, 62 percent of Michigan voters rejected a ballot initiative to expand the renewable mandate to 25 percent by 2025. The disconnect between support at the polls and actual votes came down to two factors: The initiative faced a well-funded opposition campaign that led voters to believe the measure would result in a drastic rate increase; and it would have amended the state’s constitution, an unpopular approach among state conservatives.

Yet research suggests the state can cost-effectively go much further than 10 percent. An April 2015 study commissioned by the Michigan Public Service Commission indicates Michigan has adequate in-state solar, wind, and biomass resources to increase its renewable portfolio through 2030. And a 2015 study by the University of Michigan Energy Institute found that increasing the state’s renewable mandate from 10 to 25 percent by 2025 would increase the utility bill of a typical Michigan household only by about $2.60 per month.

In 2014, about half of Michigan’s electric generation came from coal, most of which was mined and transported from Wyoming and Montana.

The poll also found 90 percent of Michigan voters support expanding energy efficiency programs. Michigan’s energy efficiency resource standard, also adopted in 2008, mandates utilities to work with consumers to reduce consumption through programs like energy audits and weatherization. The law targets reduced consumption to 1 percent of annual utility sales, and places a cap on the amount of money utilities can spend on the programs to 2 percent of annual sales.

Despite public support, neither Governor Snyder nor Michigan’s Republican-led legislature is proposing to continue the mandates. Republican Representative Aric Nesbitt, who chairs the House Committee on Energy Policy, has introduced legislation to eliminate Michigan’s energy optimization mandate and replace the renewable mandate with an “Integrated Resource Planning” requirement for utilities. The governor’s message calls for a 15-percent increase in efficiency in the next ten years and an increase in clean energy to 30-40 percent of capacity, but does not address mandates; furthermore, Republican Senator Mike Nofs, who chairs the Senate Energy and Technology committee and is expected to release his own legislation shortly, has indicated opposition to the renewable and efficiency mandates.

Democrats have introduced legislation in the House and Senate to increase both mandates. They currently hold minorities in both houses.

If Not Mandates, Then What?

Snyder joins Nesbitt in advocating for an “Integrated Resource Plan” approach that would enact new utility planning requirements with no mandates. An IRP requires utilities to file plans with the MPSC detailing how they plan to meet future demand. The governor would also expand requirements for utilities filing a certificate of need with the MPSC. Regulated utilities do this when they want to build new-generation facilities with cost-recovery assurance. Under the governor’s plan, utilities would be required to weigh proposed projects against all potential resources, supply-side and demand-side, to identify the “most reasonable option.” 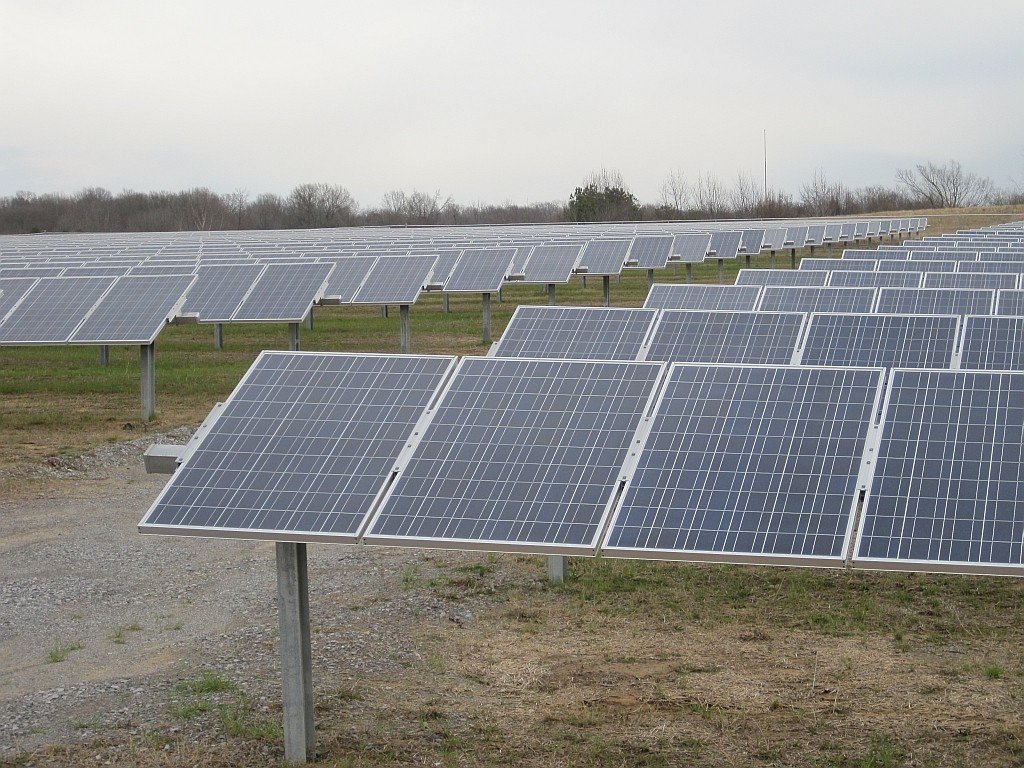 “We’re going to go utility by utility and really look at what the right answer is,” says Valerie Brader, who is heading Michigan Agency for Energy, which was launched by the governor this year. “We’re not going to presume what the costs are going to be, we’re not going to presume what the right answers are going to be. That may mean more renewable energy might get built for a one utility than for another, which a one-size-fits-all solution doesn’t allow for. The governor feels that would be the most adaptable way to manage the situation.” According to Brader. no other state has taken exactly this approach.

There’s a reason for that, says Skip Pruss, a clean energy consultant who led the state’s clean energy efforts under Michigan’s previous Democratic governor, Jennifer Granholm. “Integrated resource planning is important,” he says. “As for whether it is an adequate or sufficient means of achieving the governor’s ambition of having 30-40 percent of Michigan’s energy needs met by energy optimization and renewable energy, I don’t see how it can be an effective vehicle. It’s not a mandate. It’s not a standard. It’s not a regulation. It’s not anything embedded in statute, at least, as it’s being conceived at this point.”

Under the current political leadership, however, Pruss concedes that it may be the only feasible way forward.

“I think the thinking on the Republican side is that this is the best we can do, in terms of cobbling together votes to enact energy legislation,” he says.

Only the Carrot, Not the Stick

Representative Jeff Irwin is a Democrat who helped convene a bipartisan “Energy Freedom Package” in 2014. The theme of the bills, which never made it out of committee, was to increase the ability for consumers to generate their own power. He plans to reintroduce the bills in 2015, and he does not believe an IRP process can supplant the mandates. “The individuals who get appointed to the committee that’s going to make the final decisions about what is the best integrated plan will largely probably be from the energy companies,” he says. 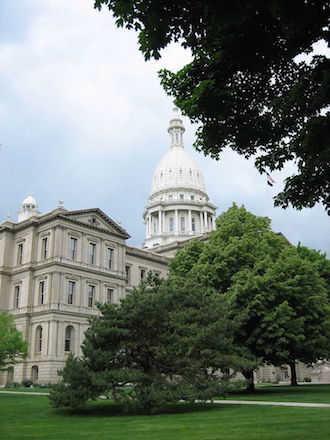 Furthermore, an ACEEE report shows that states with IRPs and no efficiency mandate spend and achieve less on energy efficiency. And among Midwest states, those with strong renewables mandates have invested more in renewables than those without.

Yet Nesbitt thinks the stage is set to get to clean energy in Michigan without mandates. “What’s the point of having a mandate? Is it just to pick winners and losers in the marketplace?” he says. “My feeling is we now have federal regulations that automatically push to more clean energy standards, and so let’s look at it in a more technology-neutral basis to see what makes the most sense.”

As for Ed Rivet, he’d like to see government help set the agenda in Michigan while allowing utilities and the market to figure out the details.

“I think it’s the difference between a parent who encourages their kids to do right and good things and achieve their best, and a parent who makes you do things,” he says. “I think state government can lead by example, and we can get there.”

Nina Misuraca Ignaczak is a freelance writer and editor based in metro Detroit. She writes about energy, local food and the urban environment. Her work has appeared in Shareable, Next City, Crains Detroit Business and Model D. She also serves as digital editor and multimedia producer for WDET 101.9 FM.