Check Out the Cover For The Chicago Anthology

We’re unveiling the cover for Belt Publishing’s forthcoming Rust Belt Chicago: An Anthology, and we couldn’t be more excited.

The cover was designed by legendary Chicago artist Tony Fitzpatrick, known for his style of vibrant collages. The cover of Rust Belt Chicago centers on a bird — an arctic bunting, to be precise — which Fitzpatrick first saw in the city in 1992.

It’s a bird he said he revisits a lot, in part because when he first saw it he remembers thinking, “there was no way this bird should have been anywhere near Chicago.” 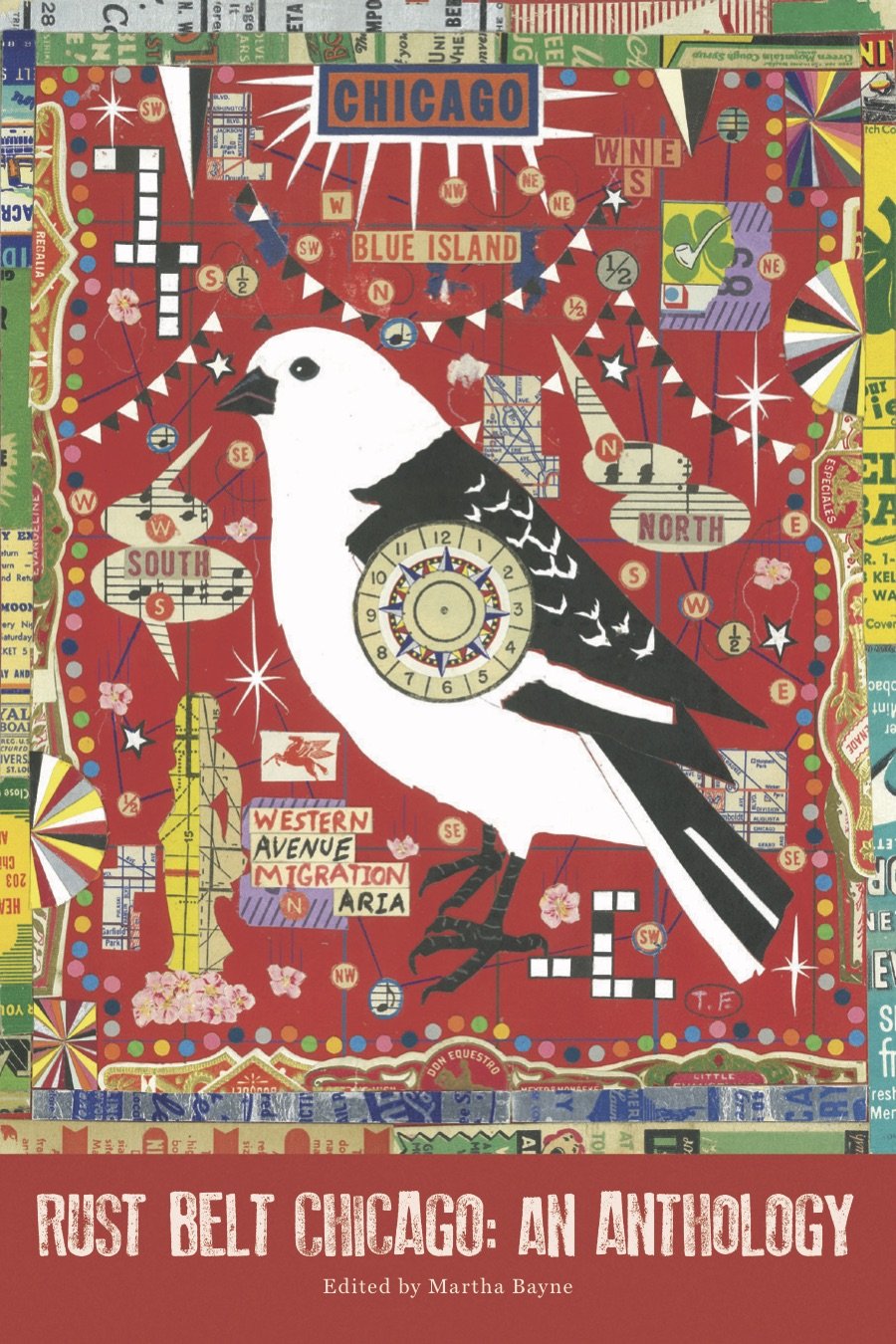 In her introduction to the book, editor Martha Bayne wrote that “while its identity long ago expanded beyond manufacturing, the city continues to lure new residents from around the world, and from across a region rocked by recession and deindustrialization.” That little white bird with the black wings then servers as an apt metaphor for Chicago’s residents. As Bayne goes on to write: “Chicago’s famously a city of immigrants.”

After Fitzpatrick first saw that bird, he kept waiting for someone to tell him how amazing it was, but, he said, no one did.

The voices in Rust Belt Chicago — coming in the form of essays, fiction, journalism, and poetry, from the young and old, the experienced and unpublished — have much to tell and teach us, even if, like Fitzpatrick’s arctic bunting, we’ve never noticed some of them before.

___
For more information and to preorder a copy of Rust Belt Chicago: An Anthology see our online store.