This week is Book Week at Belt. We’ll be swaying from our traditional formula and sharing with you samples from some of our print publications, including a sneak peek at an upcoming release.

Today we’ve got a taste of southern Ohio with a piece from The Cincinnati Anthology.


When we set about assembling The Cincinnati Anthology, we were looking for all different impressions of the city: the loving, the brutal, and the honest. We knew we’d publish some things that would ruffle some feathers by what they had to say about this city, but we honestly never knew how much controversy could be caused by a cartoon drawing of a statue.

It happened before the book was even published. On the day that the corrected proofs of The Cincinnati Anthology were due back to the printer, the designer and I were taking a breather from going over the pages outside his apartment building in the warm April sun when I received a message from our publisher, Anne Trubek. Apparently, someone at the printers had decided they didn’t want to print our book. Their decision came down to a drawing in the final pages in which a statue of Cincinnatus is depicted freeing himself from his plinth and shedding his robes, revealing the little cartoon statue’s little cartoon penis. A kerfuffle over a cartoon. We were in shock: it was a cartoon of a statue, without fig leaf, sure, but a cartoon nonetheless. 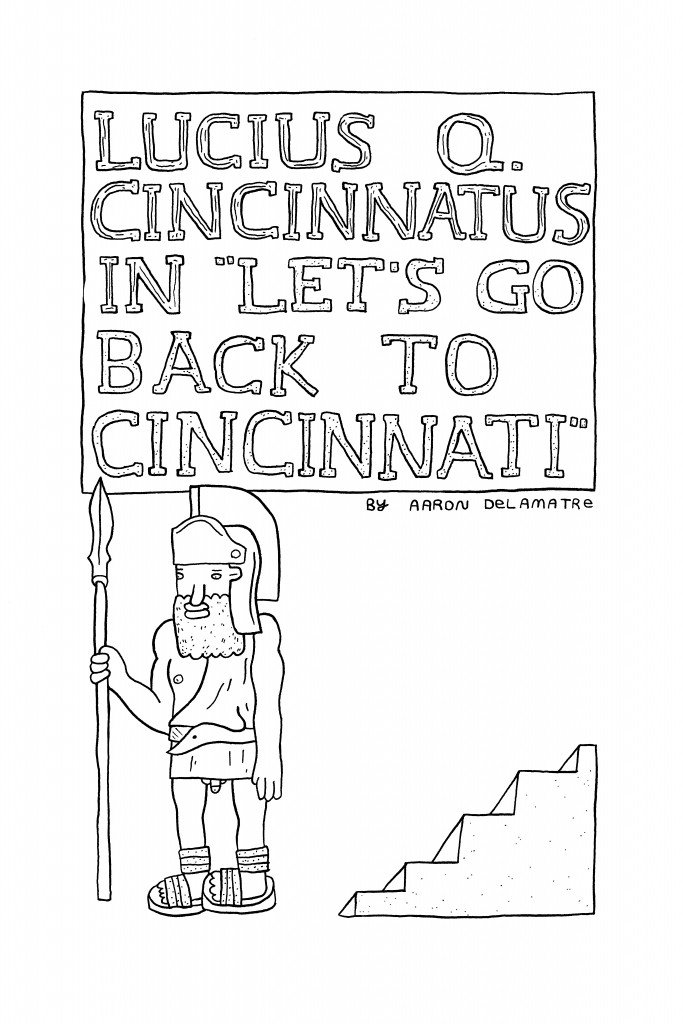 I called Anne and we had a flabbergasted conversation about what to do next. We could take out the Cincinnatus piece and go ahead with our pub schedule as planned, but both of us had the strong conviction to leave it in. We briefly considered humorous creative solutions such as a little “CENSORED” block in Latin over Cincinnatus’s exposed bits, but that felt like a cop out. We didn’t want to be censored, and we all felt strongly that we should stick to that instinct. So we found a new printer. 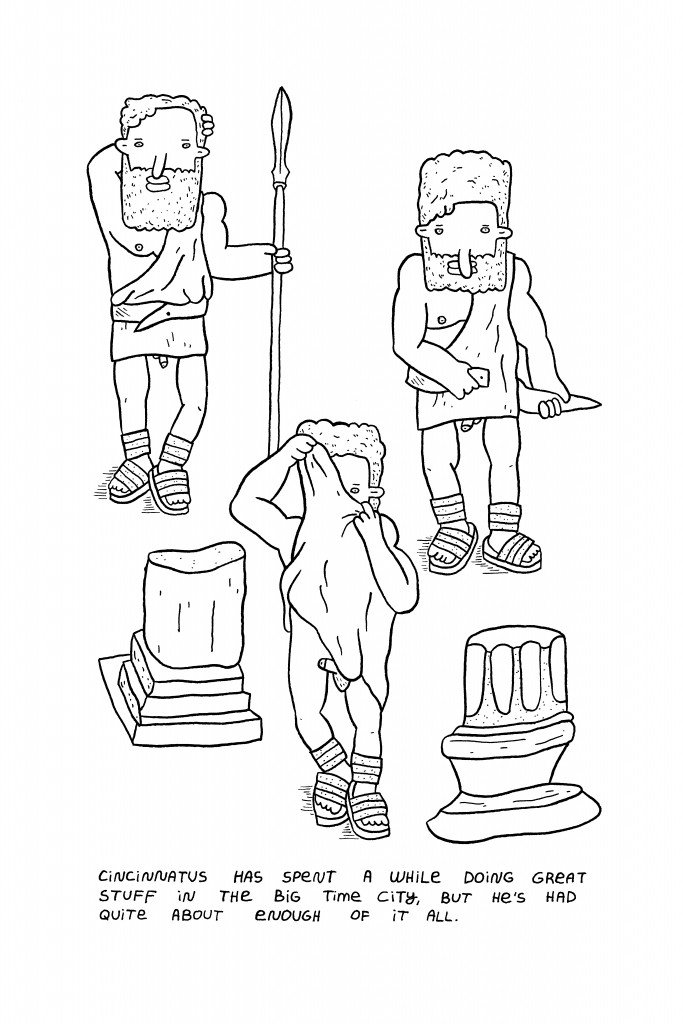 For a book about Cincinnati, this was the only decision I felt we could make. This city was once notorious for its censorship: in 1990, a case against the Contemporary Arts Center involving its exhibit Robert Mapplethorpe: The Perfect Moment drew national attention. The museum was charged with obscenity for displaying photographs some considered pornographic, and although a jury later found the museum and its director, Dennis Barrie, not guilty, the city developed a reputation for being unfriendly to art. Worse than that: “Cincinnati” and “art” in the same sentence became synonymous with censorship. 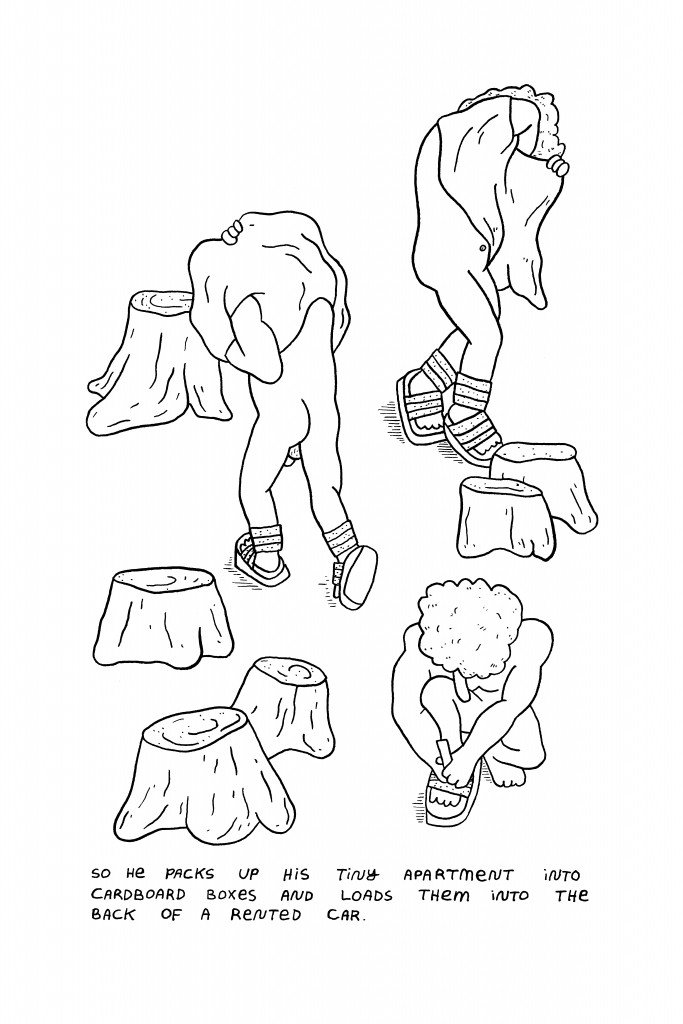 But this city has changed, and one of the main intentions of this book was to focus on those changes. Months before we published our anthology, Patti Smith visited the Contemporary Arts Center with her exhibit The Coral Sea, itself a memorial to Robert Mapplethorpe and his art. It was nearly 25 years after his work caused the initial controversy in our city, and when I spoke to her briefly at the exhibit, we talked about how important it was for her to bring Mapplethorpe back to this city. She agreed that Cincinnati seemed to her to have changed, enough to be ready to accept his art.

And in that spirit, we decided not to bend. 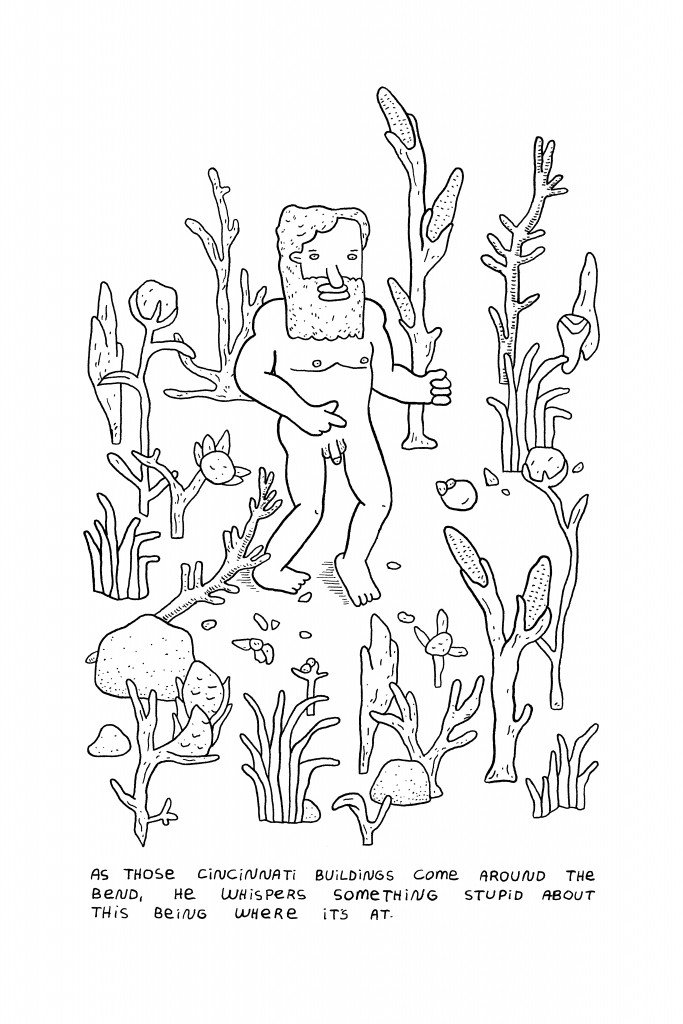 The printers who had wanted to pull the Cincinnatus piece weren’t even from Cincinnati, but the history of censorship in this city made it even more important for us to stick to our guns. Or penises, as it were. Cincinnatus became our mascot, as the underlying message of the strip was true to the deeper meaning of the book: Cincinnati had begun to shrug off the robes of its censorious past, loosen itself from its plinth, and make room for any of us who were ready for it: radical artists, free thinkers, liberals and conservatives alike.

Aaron Delamatre is from the Show-Me State and remains terribly afraid of everything that he cannot see. After graduating from the Art Academy of Cincinnati, he managed the theater group Art & Drama Club, for which he wrote and directed five plays. He has since had exhibitions of drawings, paintings, and sculptures, constructed larger-than-life puppets, and designed a couple of games. These days he mostly lies around reading comics … and sometimes he writes and draws them too.

Zan McQuade is the editor of The Cincinnati Anthology.

The Cincinnati Anthology, along with other Belt publications, art and beyond can be purchased here: https://beltmag.com/shop/.