D.L.I.V.E – Rebuilding The Lives Of Gunshot Victims In Detroit

The following was originally posted by The Detroit Journalism Cooperative and is being republished with permission.

In a small conference room at Detroit Medical Center’s Sinai Grace Hospital, violence intervention specialist Ray Winans asks a roomful of young African Americans if they know anyone who has been killed by gunshots.

They all raise their hands, including Winans and his partner, Calvin Evans. They’ve also lost friends, family members. 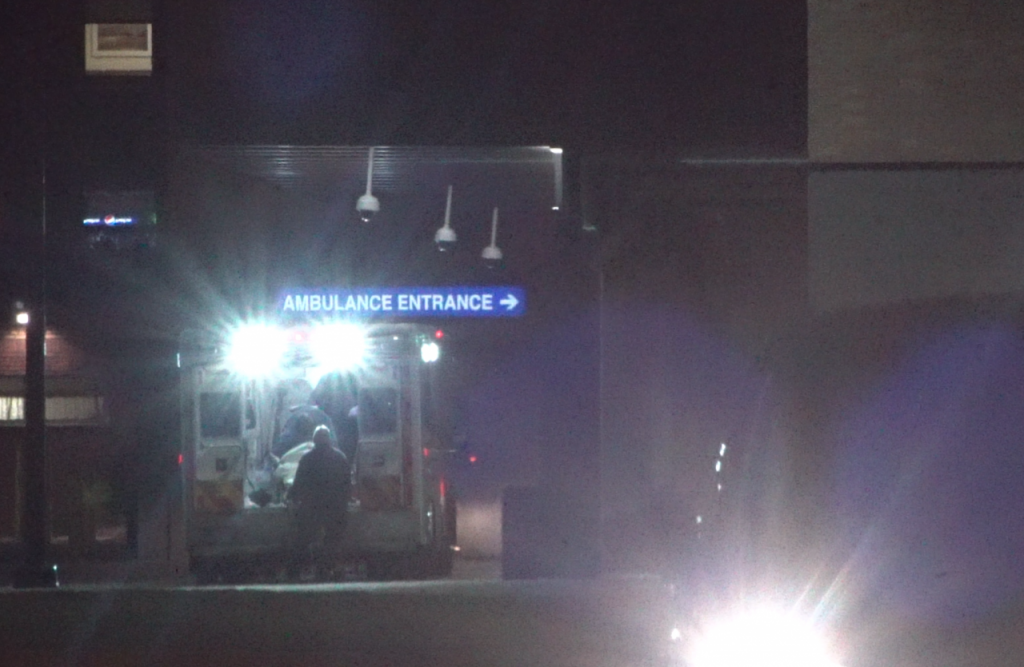 The young men are participants in the fledgling program D.L.I.V.E., pronounced D-Live – like “Live from New York!” – which stands for Detroit Life is Valuable Every Day.

These men are survivors of violence, usually from gunshots, treated for their wounds in Sinai Grace’s emergency room.

Some have been to jail; others expect prison to be in their future. But they’re all working to change their lives with support from the D.L.I.V.E. program.

Winans talks about a life of survival in Detroit. Depending on where you live, it can be a mental health issue.

“Does anyone here know what post-traumatic stress disorder is?” he asks.

A roomful of nods. Then the survivors begin to tell how they were wounded. “The second time I was shot in the head,” says one, who adds, “It was mistaken identity. They wanted to shoot my brother.”

Overall, crime is down in Detroit. But with an uptick in murders, which totaled 302 last year, the city had a higher homicide rate than Chicago. Detroit reported 957 non-fatal shootings in 2016. That’s a drop from more than a thousand the previous year. That may be progress, Detroit Police Chief James Craig told reporters earlier this year, but “a non-fatal shooting is nothing more than an unsuccessful homicide.” 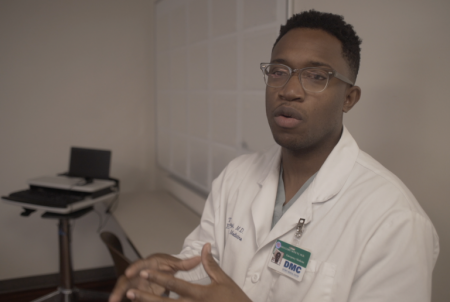 In the 1980s, Detroit, like other cities nationwide, was caught in a crack cocaine nightmare and the gang warfare that came with it.

Detroit ER doctors deluged with gunshot victims noticed that many of those who survived became repeat customers – gunned down a second time.

Certainly it was a societal problem and a criminal justice matter, but in Detroit, doctors made a paradigm shift. Perhaps the shootings, they thought, could be treated like any other disease.

“When we look at cancer, stroke, cardiovascular disease, we do lifestyle modifications in those areas. We’re able to move the needle on morbidity and mortality,” Dr. Sonuyi said. “Why should violence be any different?”

Urban Trauma would become a landmark study, leading to violence intervention programs at medical centers in cities including Oakland, San Francisco, Chicago and Baltimore. They’re all connected as part of the National Network of Hospital-based Violence Prevention Programs.

They’re finding varying degrees of success, but now the Urban Trauma study has come full circle, back to Detroit, where Dr. Sonuyi has assembled a team to work with gunshot victims from the moment they roll into the emergency room until they’re made well, physically and mentally. It’s the first unit of its kind in the city, run day to day by two men who know full well what life is like on the streets. 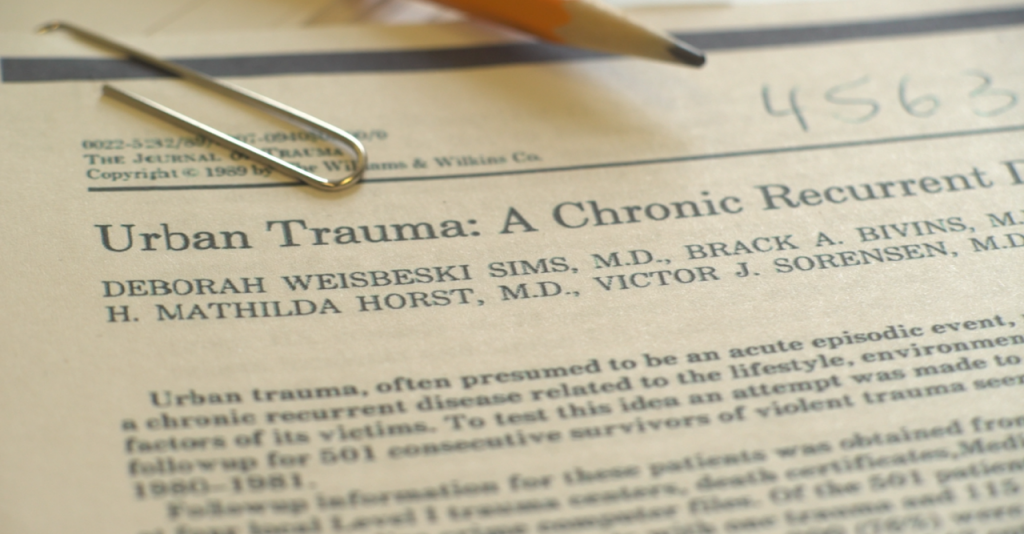 The study that redefined urban violence

“Yeah, I’ve got a past,” says Winans, who grew up on the city’s Eastside and spent much of his life in prison. “I was a young black man in Detroit, graduated eighth grade, gang-banging and all that goofy stuff.”

Winans turned away from crime eight years ago. “I’ve come far from a little project kid,” he says. But because of his experiences, he’s able to earn the trust of victims.

In the conference room, Winans asks a young man named Geroune (whose last name is being withheld for privacy reasons), “How do you feel now about the guy who shot you? Honestly?”

Geroune nearly died when a bullet collapsed his lung after being attacked in his car, a victim of road rage. His reply, “I don’t hate him. I forgive him.”

Winans continues, “When I first asked you how you felt, you were ready to kill, you remember that?”

“Trust me,” Geroune says. “I wanted to kill the bro for sure. He did something negative to me I felt I didn’t deserve, but it’s better to forgive than to hate. So I forgave him, and I prayed.”

Winans’ partner, Calvin Evans, jumps in, “Did you ever once think, what did I do to get here?” 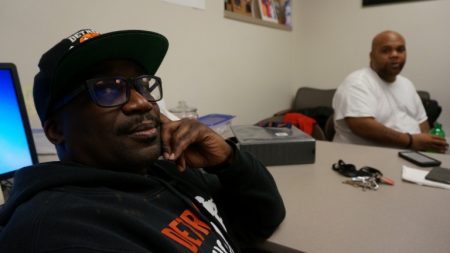 Evans has studied the ways people turn away from crime and become productive citizens.

As a young drug dealer, he was shot in the face, caught at the wrong place and the wrong time.

He recovered long enough to be charged for a murder he didn’t commit. But minding the code of the street, he refused to divulge who did it.

He served 24 years. While behind bars he created his own business plan for success as he waited for the day he’d be released. That was four years ago, and he’d been working steadily when Dr. Sonuyi recruited him to help get D.L.I.V.E. off the ground.

Evans says when participants hear his story they let their guard down and open up. “We get immediate wins. We assess their immediate needs. Like, what do you need right now?”

They might need moral support, but coming from a life of poverty, it also might be something as simple as a ride to the store for disposable diapers for a child. Evans says, “A victim might be sleeping on an air mattress. Maybe he needs a bed, or it could be a meal.”

Winans says, “You offer people help, right? We’re not looking to be these guys’ saviors. We’re just trying to get them to see the greatness that’s within.” 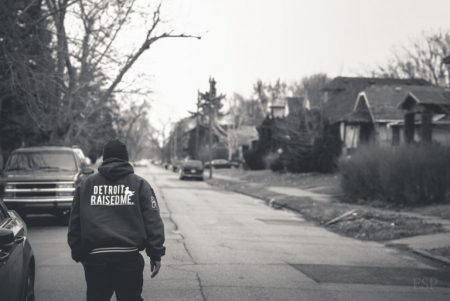 D.L.I.V.E.’s literature spells out the difference that Evans believes places the program a cut above the others. A pamphlet emphasizes: “We are in no way, shape or form affiliated with law enforcement.”

Many other hospital-based violence prevention programs cooperate with the police. That’s only natural.  But the police tend to treat the victims like suspects.

D.L.I.V.E. takes a different approach. As Evans explains, “You want the individual to know you understand that they are the victim in spite of what may have happened. You are the victim once you enter this hospital.”

“He came to my bedside right after the police did, so I’m thinking, he’s the police,” Causey says. “I’m like, ‘don’t come down here with that man; you’re the police.’”

Evans ushered the police away and made his pitch. Causey recalls, “He asked me, what did I like to do? I’m, like, trapped. ‘I like to sell dope, that’s what I like, you know what I mean?’ 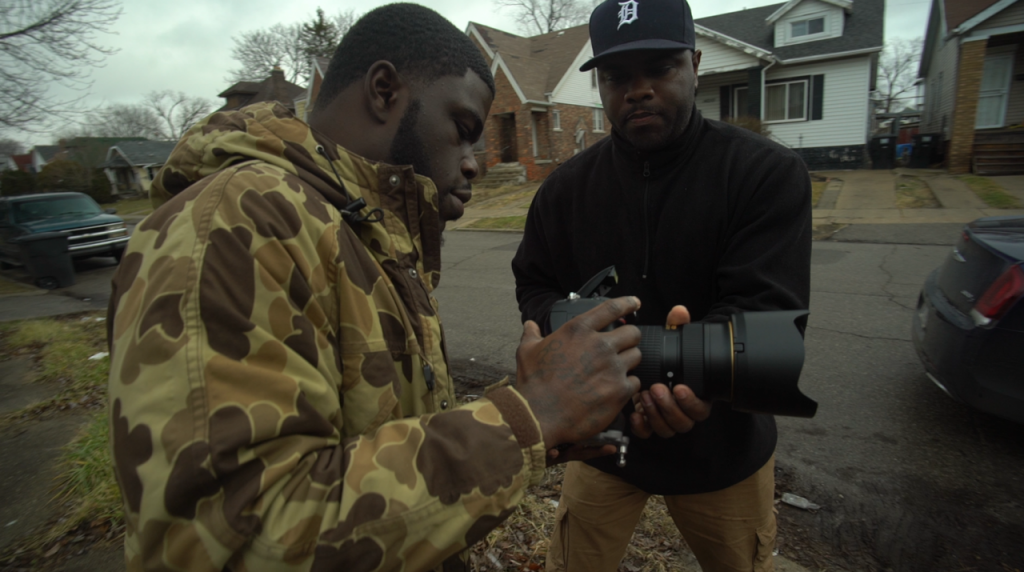 Now Causey is finishing his G.E.D., has a regular job, takes photography classes and stays in constant contact with Evans. 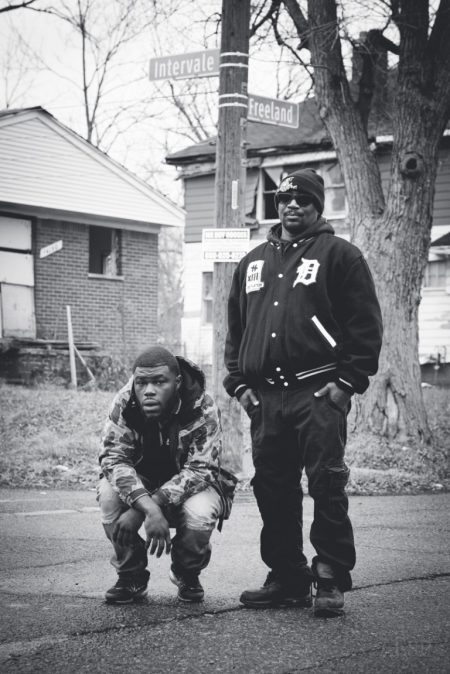 “The dudes in the ‘hood feel so good when they’ve got that new gun,” Causey says, showing his camera. “Me? This is my new gun. It feels good. I got my protection. I got something that nobody can take away from me, and that’s my eye, my vision.”

D.L.I.V.E. is currently at capacity with 25 participants, including two women, but expansion plans are in the works.

Program support has come from grants including funding by the Skillman and DMC Foundations. D.L.I.V.E. is completing its first year when it can join the ranks of the National Network of Hospital-based Violence Prevention Programs.

Statistics show the odds of these young Detroiters returning to the hospital as victims of violence should be approximately 45 percent.

So far, the program seems to be working. The number stands at zero.

___
Bill Kubota is the Senior Producer for Detroit Public Television’s One Detroit initiative, which provides programing and online content for PBS stations and the Detroit Journalism Cooperative. In 2017, One Detroit is examining criminal justice issues in the community in a project called Pathways to Prison.

The Detroit Journalism Cooperative is a partnership of five media outlets reporting on the city’s future after bankruptcy with stories that have never been told before—on-air, online and in the community.

Funded by the John S. and James L. Knight Foundation, The Ford Foundation, and the Corporation for Public Broadcasting, the DJC partners are reporting about and creating community engagement opportunities relevant to the city’s bankruptcy, recovery and restructuring.