For a decade between the mid-1970s and 1980s, the neighborhoods of Cleveland, Ohio hosted a vibrant community organizing movement. This movement put a pro-neighborhood agenda on center stage in a city that was the very definition of the term “urban crisis”.

During the previous decade of the 1960s, Cleveland witnessed persistent racial conflict, two major riots, the devastation and development of urban renewal, and political reform and change as represented by the administration of Carl B. Stokes, the first African-American mayor of a major U.S. city. As Cleveland entered the 1970s, it faced not only the unresolved problems of the previous decade, but new challenges, as well, such as massive deindustrialization. Compounding this disaster were the poisonous politics of Cleveland City Hall, the redlining of the city by financial institutions and insurance companies, white flight, and the departure of the city’s middle class to the suburbs.

What the poor and working class residents of Cleveland’s neighborhoods lacked was a way to address their own problems with their own solutions and to challenge their status as pawns in the games of others.

Throughout this period, Cleveland’s neighborhoods were either ignored or were subjected to the tender mercies of financial institutions, corporations, politicians, planners, and bureaucracies from city hall to Washington. What the poor and working class residents of Cleveland’s neighborhoods lacked was a way to address their own problems with their own solutions and to challenge their status as pawns in the games of others.

Starting in the early 1970s, activists who had been inspired and educated in the civil rights and anti-war movements began to search for a grassroots response to the failures of elite initiatives to solve the problems of the city’s neighborhoods. The result of their efforts was a grassroots movement that fought disinvestment and redlining from financial institutions and insurance companies, demanded democratic accountability and fairness in the delivery of city services and government programs, and required that development serve the neighborhoods, not just downtown Cleveland.

Throughout the city, this movement built neighborhood-based community organizations representing hundreds of block clubs. Their conventions were attended by thousands of neighborhood residents. They helped train ordinary Clevelanders in the skills of organization and democratic life. The movement won significant concessions from Cleveland’s powerful financial institutions which began reinvesting in the neighborhoods. Government bureaucracies were taught new lessons in accountability by the people they had always ignored or dismissed. Politicians had their worlds turned upside down. 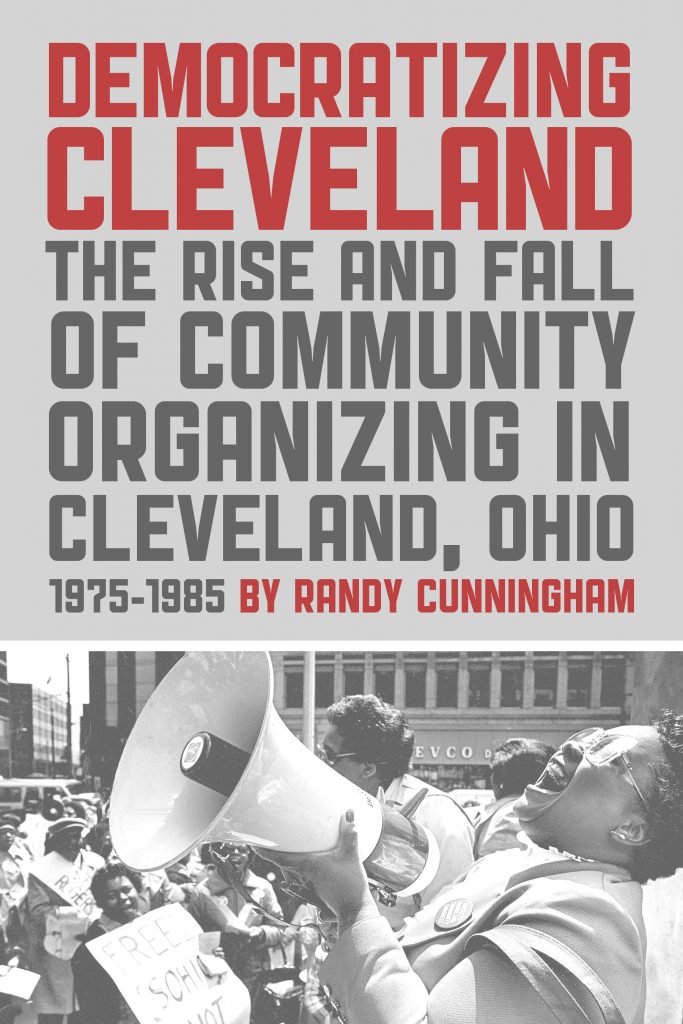 Within a decade of the start of this movement, it was over. Few organizations survived the mid-1980s, and those that did were either pale shadows of their former selves or were very different organizations with very different agendas, where only the name on the letterhead remained the same. The initiative shifted from the grassroots back to the traditional powers that have always ruled Cleveland under the banner of development as represented by non-profit community development corporations. The catch was that development was not democracy. No one was so rude to say that in the glare of groundbreakings, leveraged deals, and the rise of a new neighborhood-based development bureaucracy. Flannel shirts, placards, and sit-ins at bank headquarters were out, and suits and spreadsheets were in.

The community organizations of Cleveland perished because they could not adapt to major changes in their environment. These changes included the presidency of Ronald Reagan and the rise of conservatism, the departure of key supporters in the Catholic Diocese of Cleveland, the change in the leadership of the diocese, and a shift in foundation interest from the always-problematic world of organizing to the much safer world of development. An even more important reason for their demise was that the traditional power brokers of Cleveland regained their footing after the chaos of the 1960s and the challenge of the Kucinich administration and reasserted their power and their command of the decision-making process in the city. This decision-making process had no room for the rough-and-ready school of grassroots democracy championed by the old community organizations.

This book is dedicated to those who continue to pursue the vision of a just and democratic Cleveland. I hope it provides them with something useful for their future work.

Excerpted from Democratizing Cleveland: The Rise and Fall of Community Organizing in Cleveland, Ohio 1975-1985, available now from Belt Publishing.