On July 23, 1967, a violent clash between African-American residents of Detroit and the city’s police department launched a five-day uprising. The spark that lit the fuse was a police raid at an unlicensed after-hours club. Officers raided the venue and arrested all patrons in attendance, including eighty-two African Americans. Witnesses to the event reacted to what they deemed to be unnecessary and overbearing force with protests, which quickly spread to other areas of the city. The National Guard was deployed by Michigan Governor George Romney, along with several hundred state police, and President Lyndon Johnson sent U.S. army troops for additional support. Forty-three people were killed in the clash, including thirty-three African Americans. More than seven thousand people were arrested.

The Kerner Commission outlined the many “ingredients” of the mixture that led to the Detroit Rebellion of 1967. It cited the white racism that had been accumulating in cities since WWII, comprised of discrimination and segregation (in employment, education, and housing), which together worked to stymie the economic progress of black communities. The late Detroit activist Grace Lee Boggs, following statements by Reverend Albert Cleage, saw the unrest as the result of a civil breakdown drenched in decades of racism. Dr. Martin Luther King, Jr. called the Kerner Commission’s report a “physician’s warning of approaching death, with a prescription for life.”

What, then, can we learn from the events of Detroit ‘67? We might begin with terminology. While progressives prefer the terms “rebellion,” “civil unrest,” or “insurrection” to describe the events, many people cling to the pejorative term “riot.” But the events of the summer of 1967 in Detroit were so much more than a violent disturbance by a crowd. To call them a “riot” short-changes the decades of oppression and legitimate grievances built up by the community.

The 1967 Detroit Rebellion began long before the conflict between citizens and the police at the now infamous “blind pig,” and at the now defunct Algiers Motel in midtown Detroit. In fact, the problems of systemic racism in employment, education, housing, and access to opportunity had been part of the cultural fabric of Detroit (and most of America) dating back to its inception. And while many of us would like to believe this is ancient history, something America has put in the rearview mirror, the conditions that precipitated the rebellion persist today. 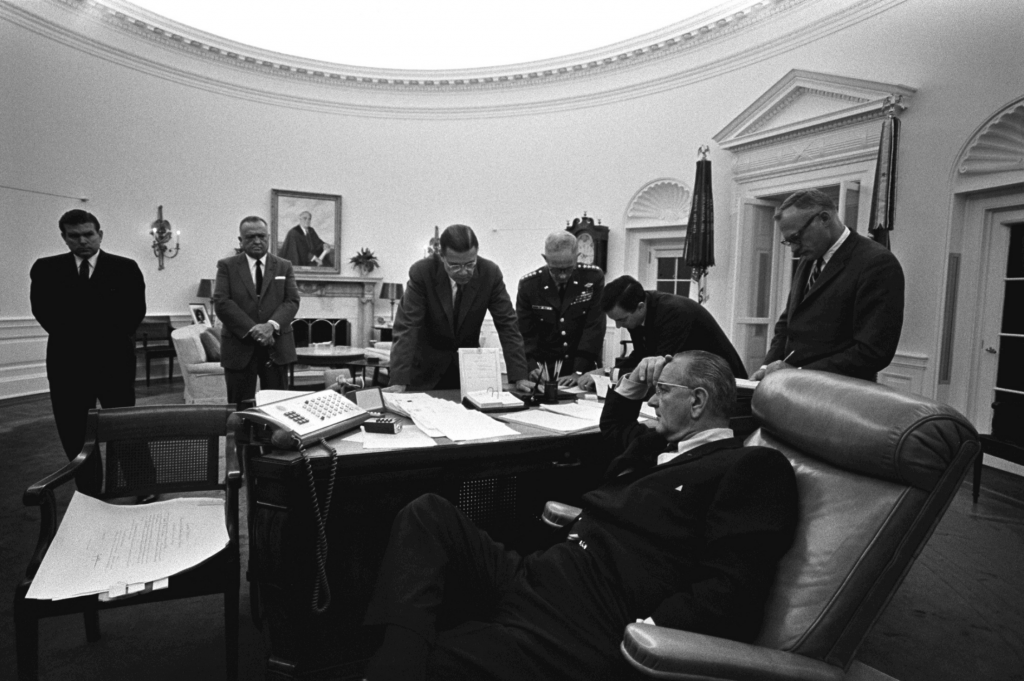 I spent the past few months visiting Detroit’s museum institutions—The Charles H. Wright Museum of African-American History, The Walter Reuther Library, and The Detroit Historical Society Museum—for a research project. Taking in the latter’s exhibit on the 1967 Detroit Rebellion, which examines the legacy of that summer, I was struck by the parallels to today.

Sure, Detroit has made a sort of “comeback,” with a booming downtown and quickly gentrifying midtown and university districts, but many of its neighborhoods remain neglected, and the school system remains underfunded and under-achieving. Despite a lower unemployment rate, wages are stagnant, and many of Detroit’s citizens remain at or below the poverty line.

Housing pressure was a major factor in 1967. Today, gentrification is more of an issue than segregation, although poverty remains the core problem, and poverty is now more isolated in the city proper, as many more wealthy individuals have moved out. Poor transportation options are a consistent problem, and even though the police department is more integrated, the relationship between citizens and police officers remains strained.

At the national level, racial tensions are again high. Although controversial at the time, the Kerner Commission’s references to white racism and direct and institutional discrimination as the root causes of the events still ring true today. Meanwhile, the White House consistently legitimizes white-nationalist agendas, and the same racist logic surrounding the word “riot” (which has long denoted “black criminality”) is deployed in response to Black Lives Matter and related protests.

There has been considerable improvement on many fronts since 1967. Voting rights are better protected (though these protections have more recently been weakened), segregation in schools and public spaces is illegal, we have seen many black people enter positions of power and esteem, and more white people than before recognize their historical privilege. Yet inequality persists regarding healthcare, education, employment, incarceration, and other socio-economic and political factors.

The lessons of 1967 were captured by President Johnson himself, in a televised address echoing the findings of the Kerner Commission:

“Not even the sternest police action, nor the most effective federal troops, can ever create lasting peace in our cities. The only genuine, long-range solution for what has happened lies in an attac—mounted at every level—upon the conditions that breed despair and violence. All of us know what those conditions are: ignorance, discrimination, slums, poverty, disease, not enough jobs. We should attack these conditions—not because we are frightened by conflict, but because we are fired by conscience.” 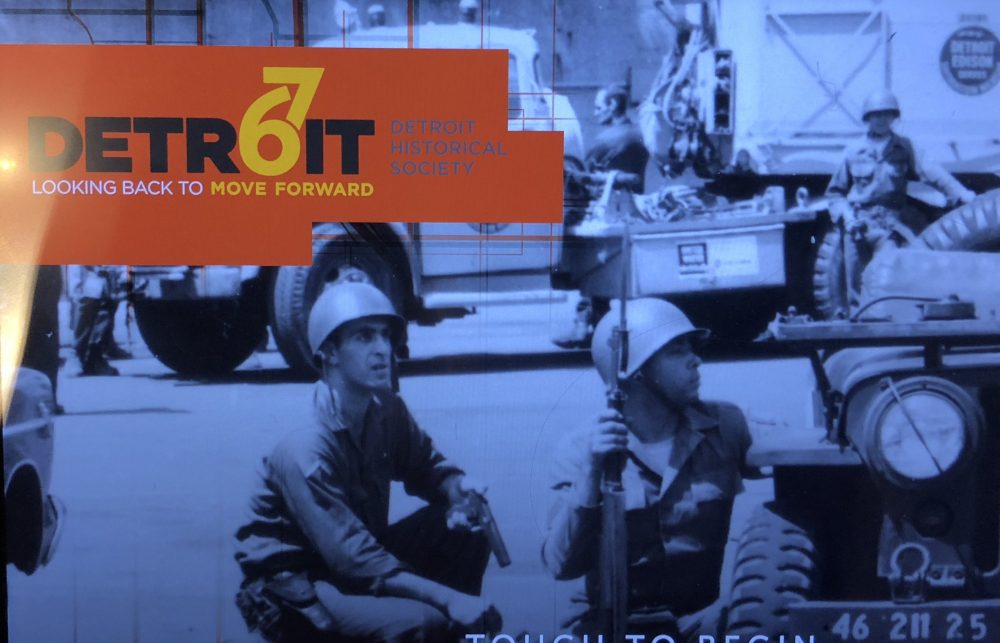 The 1967 Detroit Rebellion matters today because the core issues remain the same: police brutality, structural poverty, racial segregation, and pervasive bitterness between citizens of our country. The lessons of the ’67 Detroit Rebellion, and of similar uprisings in Newark, Watts, and throughout the country, are as important now as they were fifty years ago. They beg deeper questions about who we are as Americans, where we are going as a society, and what we should do about persistent problems of inequality.

Those of us on the side of love and righteousness must demand that we look back at our history and learn from it. We need to think about what kind of country we want to live in, what sort of society we desire for our children and grandchildren. We need to talk to each other, to listen with respect, to address persistent inequalities. Most importantly, we need to carve out a path that leads to integration and not segregation, love and not hate. We have been through worse before; let us pray—and act—that we do not go through it again.

Eric J. Montgomery is a Cultural Anthropologist and a faculty member in the Center for Peace and Conflict Studies at Wayne State University. He is co-author of the book Ethnography of a Vodu Shrine in Southern Togo (BRILL, 2017), and dozens of other academic articles.