The Best of Belt Magazine 2019

The political context of the past few years has brought the Rust Belt and its communities into the spotlight, often with broad, simplified narratives of “Trump Country” and the white working class. It’s a powerful narrative of tragedy and loss, and of a struggling region ripe for political exploitation. It’s also incomplete. 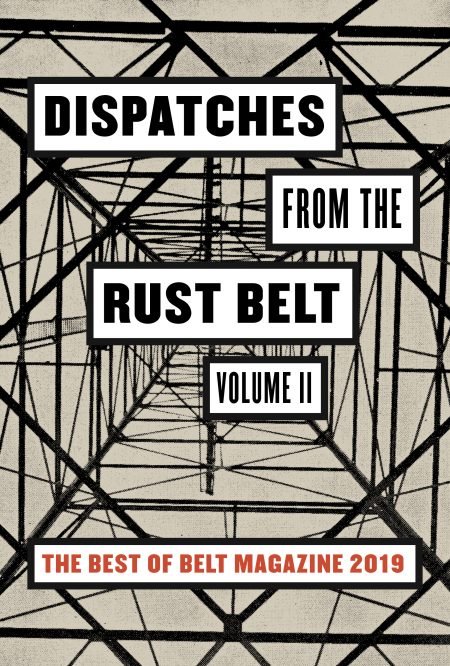 Belt Magazine tells a different story, one that reflects the complexity and vibrance of our region—beyond fossil fuel plants and MAGA hats. That’s not to say our writers ignore the challenges facing regional communities. You’ll find stories that deal with job loss and climate change, with gerrymandering, cronyism, and gun violence on a mass scale. But you’ll also read about people envisioning more just, equitable futures, the promise of collective action, and communities strong enough to make it through unimaginable tragedy.

We’ve been telling these stories since 2013, when we launched BeltMag.com, our digital magazine by and for the Rust Belt. At the end of that first year, the Belt team released a print anthology, titled Dispatches from the Rust Belt: The Best of Belt Year One, which highlighted the excellent work published by the magazine in the preceding months. But more importantly, it was an opportunity to celebrate the rich tradition of regional culture and literature, of which Belt was—and is—a part.

This year, we’re reviving that practice. The twenty-five pieces collected in Dispatches from the Rust Belt Vol. II represent a fraction of the work we published on BeltMag.com between September 2018 and August 2019. They are not a definitive collection; you could argue for the inclusion of any number of other stories, and you’d probably be right. But every one of them represents the essential qualities that animate every story that graces our (digital) pages: a thoughtful approach, journalistic rigor, a keen ear for language, and a deep love of the people and places that make up the Rust Belt and Midwest.

At Belt Magazine, we believe our region is a vital and complex place, full of interesting and important stories. That’s why we’ve put together this collection of some of the pieces that resonated most with our staff and readers this year. We hope they’ll inform, challenge, and delight you. And we hope that, wherever you’re from, you’ll come away with a deeper appreciation for the region and its people—past, present, and future. ■

This essay is adapted from the introduction to Dispatches from the Rust Belt Vol. II, which is available exclusively to members of Belt Magazine. Join today to reserve your copy.