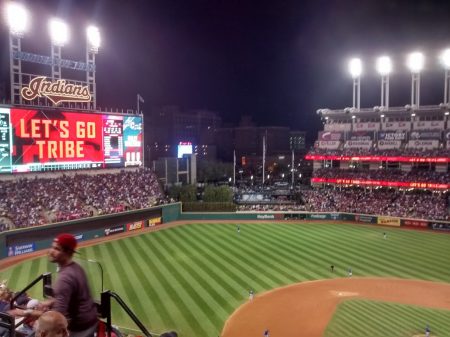 As a native Clevelander, my loathing of Chicago sports began somewhere in Chicagoland while visiting a traitorous childhood friend who adopted the Bulls after moving there in the early 1990s. By then, Michael Jordan had sunk “The Shot” to eliminate the Cleveland Cavaliers from the 1989 playoffs. MJ and the Bulls quickly earned our town’s hate.

While that word may not be fashionable in today’s political context, there is no substitute that accurately describes what many sports fans feel in rivalries or regional turf wars. It has a particular meaning in the sports context. Attempts at using a less loaded term, while admirable, don’t do justice to the feeling: hatred.

But heading into this year’s World Series, there was perhaps a tentative, unspoken kinship between diehard Chicago Cubs and Cleveland Indians fans. It’s because we both love perennial losers. Although the city of Chicago has never really had much of a prolonged championship drought—their hockey team, the Blackhawks, have won three Stanley Cups since 2010—the Cubs were the only franchise in baseball to have waited longer to win a World Series than the Indians. We had been waiting a combined 176 years for a winner.

So make no mistake: More often than not, sports “hatred” is rooted in respect, albeit begrudgingly. The commonalities of our national pastime, losing, and loss can temporarily mute our worse instincts. A lot of it has to do with our fathers and their passing down appreciation for the game, our team, and baseball history over the generations. 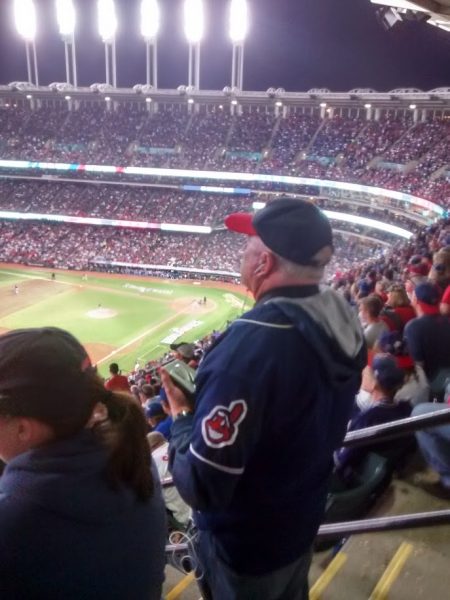 Having the privilege of attending games six and seven of the World Series proved this for me yet again. Before the Cubs unleashed their devastating bats in game six, I noticed a father a row in front of me with his two daughters, roughly my age. He brought with him an AM/FM Walkman radio, probably a decade old but with iPhone earplugs. It was fun to observe him sharing his headset with one of his daughters, tuning into 50,000-watt boomer WTAM to hear the dulcet tones of Indians broadcaster Tom Hamilton. (Like the Cubs, Indians fans have long preferred radio to television. Have you heard Joe Buck?) Throughout the game, with the Tribe struggling, the father whipped out his binoculars to see who was about to warm up in the Indians bullpen, informing his girls of the latest.

A row in front of him, just before first pitch, I saw a man and his wife produce old photographs and take a picture of them with the field in the background. I asked about the significance of the pictures, and he explained that his late father took him to the games in the 1995 and 1997 World Series — when the Indians lost to the Atlanta Braves and then-Florida Marlins, respectively — and they sat just about here. It’s not the equivalent of watching the World Series at your father’s grave to keep a promise, as one Cubs fan did, but he was remembering his father and how much he would have loved this series.

And what a series it was.

My father orchestrated a scheme with a season ticket holder, netting him three tickets to all four home games. Some of the tickets he graciously provided to me, one of my two sisters (the other was on her honeymoon), and the misses. When it came to game seven, it was just me and dad: Section 559, Row E, seats 18 and 19.

Seated behind us was a father and son from Chicago’s north side, each about 10 years older than us. Not much was said in the early innings, until we expressed our common dislike of Buck, the Fox TV broadcaster, for his curious love of Cubs slugger Kyle Schwarber. “Did you see the fake wedding registry they set up for Buck and Schwarber?” the son asked me. “That was awesome.” 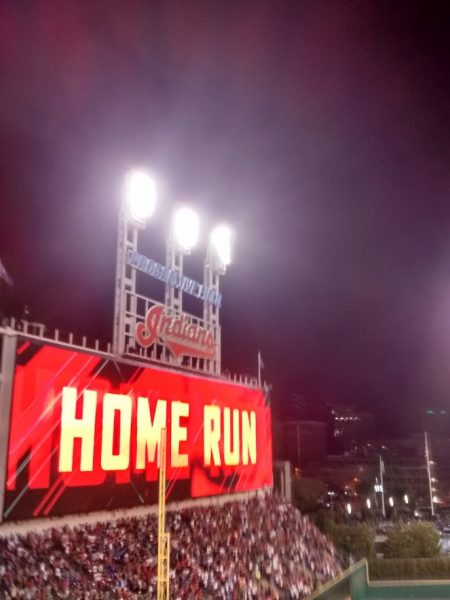 I joked that my wife, a St. Louis Cardinals fan, can’t stand two things in baseball: Buck and the Cubs. The younger man replied he was a kindred spirit — that he can’t stand Buck and the Cardinals, observing that his son recently came home from school one day to tell him “he loves the Red Birds” just to get under his skin. He was told to get out of the house. Perhaps too young to appreciate history, he was not at this game and joking with a diehard Cubs fan about the hated Cardinals suspect may have cost him a chance to witness history, I suspect.

Later in the game, as Cubs flamethrower Aroldis Chapman entered, we found more agreement: Chapman is not a role model. The closer, on the roster of three different teams in the last year, was accused of domestic violence last October. Although no charges were filed, he was suspended by Major League Baseball for 30 games earlier this season.

Despite the closeness of the game and the tension, we’d take group pictures for each other between innings. After all, this was history.

During the late-game rain delay, we chatted in the upper concourse about surly fans in our section. A Cubs fan, a bald guy sitting alone a few rows back, was gloating. The dad shared his displeasure with the behavior: “How is this guy a Cubs fan? I was about to tell him to shut up, but your guy [Rajai Davis] did it for me with the home run.”

Not that he was happy about that. After all, baseball should have some decorum, and it was certainly shown on the field.

Seated next to the dad was a surly Indians fan sitting alone, drunk. Rowdy at first, he got the sense that nobody was going to join in his hooliganism and shut up. Letting your opponent take a quick multi-run lead early in game seven will do that to you.

One section over, a young Cubs fan and his dad were witnessing the best Cubs game of their lives. I experienced the inverse of my own emotional roller coaster observing him and remembering what it was like to be young, cheering for a team that hadn’t won it all in forever. The kid was about my age when the Indians lost both times in the 1990s, two experiences I shared with my father. He and I sat in a few places throughout what was then Jacob’s Field during those ’95 and ’97 World Series, including the third row during one of the cold Octobers. 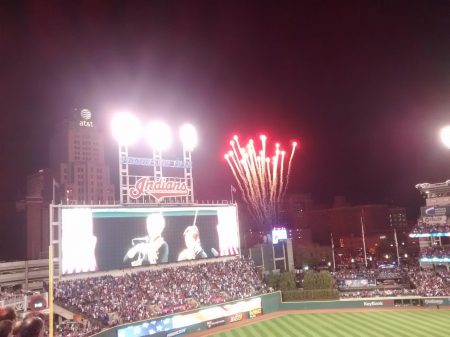 This November night some 20 years later, it was an Indian summer, with temperatures in the 70s. As the final dagger came, my sister left her friends elsewhere in the section to join us and watch another sad chapter in Cleveland sports history unfold. The game was one of the all-time greats, and we all got to see it—together, with our dad. We congratulated the Cubs fans in the row behind us, shaking hands as we quickly left, leaving them to celebrate their win. There was a tear in the son’s eye. Like the rain that delayed the game minutes earlier, I expect the drizzle turned into a downpour.

After the heartbreaking loss, any unspoken kinship between Cubs and Indians fan is over now. Clevelanders now have hatred of the Cubs flowing through them. (To quote Emperor Palpatine: “Good, good.”)

But, again, it’s respect, albeit begrudgingly. With that newfound hatred of the Cubbies comes acknowledgement of their achievement and history. Now, they will likely become the Red Sox of the Midwest, bandwagon fans and all, and that’s fine by us. More fuel for the fire.

Chicagoans gave up the mantle of “there’s always next year” that night, and in baseball, ownership of that phrase belongs solely to the Indians now. Next year, I hope to be back in the upper deck, turning that phrase over to the Texas Rangers, and watching the victory with my dad.

Jim Swift is Deputy Online Editor of The Weekly Standard in Washington. He is a native of Shaker Heights.