On a warm, mid-afternoon day in May, a group of growers are preparing nearly bare soil for a hopefully abundant and busy farming season. In one corner, people are piling up compost that was collected from local restaurants and community members. In between two tunnel greenhouses, two refugees — one a woman from Somalia and the other a man from Nepal — are meticulously raking rows of dirt and covering them with a black cloth to prevent the growth of weeds. The tasks performed on this farm are anything but unusual to the refugees; it’s only the location that is foreign.

Nestled west of downtown Cleveland on the Cuyahoga River in historic Ohio City, the Refugee Empowerment Agricultural Program (REAP), an initiative of the Refugee Response, is empowering resettled refugees in Northeast Ohio to become self-sufficient through agricultural employment, education, and language training. On this six-acre farm created in 2010 nine refugees from Nepal, Bhutan, Burundi, Somalia, and Burma perform agricultural duties that are both familiar and strange. They bring generations of farming traditions, and an appetite to survive and thrive in Cleveland. 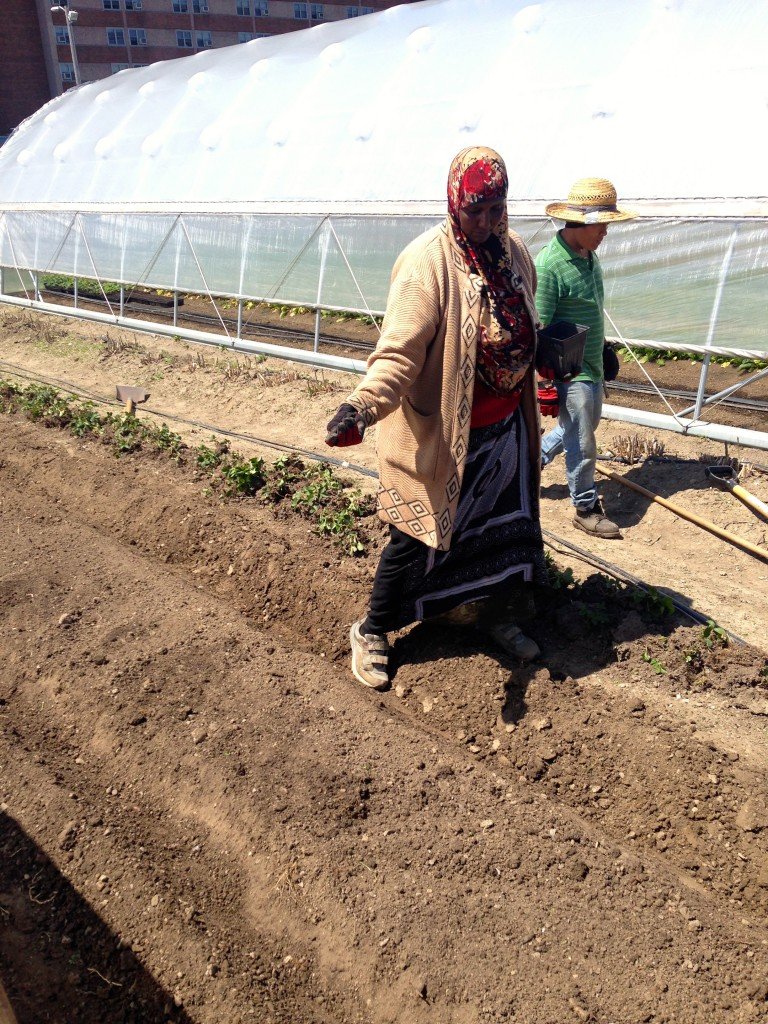 Darren Hamm, executive director of Refugee Response, says that transforming underused, unoccupied urban land into farms can be an alternative way to help refugees resettle in an urban environment and assimilate.

“Nationally, what you see with refugees and immigrants is that organizations or communities allow them to farm on a given area of land,” says Hamm. They are highly skilled, adopt wonderful practices, but they just work to connect the people and the place, which is good and it works well. They give them some support, some business training, help sell their food, but it is all about the individual person. We try to really do it differently. We unpack this standard model and actually hire them because they need gainful employment, and it gives them structure in an urban farm and in the classroom. It is just as much as a work study as it is a job.”

Some of the refugees working on the Ohio City Farm have been there as few as six months; others are veterans — previously working as trainees and now farm managers or trainers themselves. Most of the refugees bring with them decades of experience in farming methods and techniques, as well as various entrepreneurial approaches to farming, so assimilating into the culture of the farm is less daunting than one might expect. 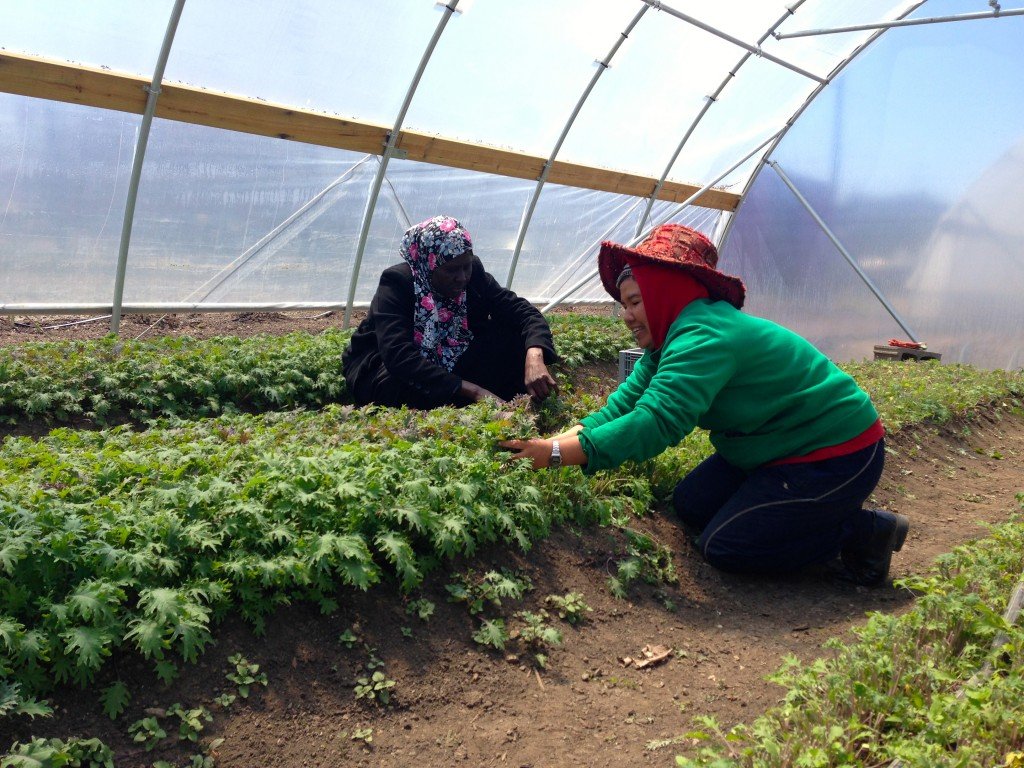 In May, the farm bustles with preparations and the energy is high. In the edge of the farm, closest to the backdrop of the skyline, Maggie Fitzpatrick, the director of agricultural empowerment, is overseeing a group of volunteers and farmers collecting and piling compost. Day in and day out, Fitzpatrick witnesses the triumphs and struggles of people who have experience farming, yet are still learning to communicate the English names of tools and plants.

“The [challenges] are a mix of a few things,” says Fitzpatrick. “For people who worked in agriculture previously, [Refugee Response] can be one of those things that can provide some consistency and comfort while doing something they may know how to do, which gives them a certain level of confidence. I think when you are learning a new language or moving to a foreign place, there is some lack of confidence and instability so knowing what you are doing in your work is huge.”

When Indra Pyakurel came to the Ohio City Farm in 2010, he didn’t know a lot of English, but after fleeing his native Bhutan due to religious persecution and living for more than 15 years in a camp in Nepal, Pyakurel and his family were ready to come to America in search of a better life. 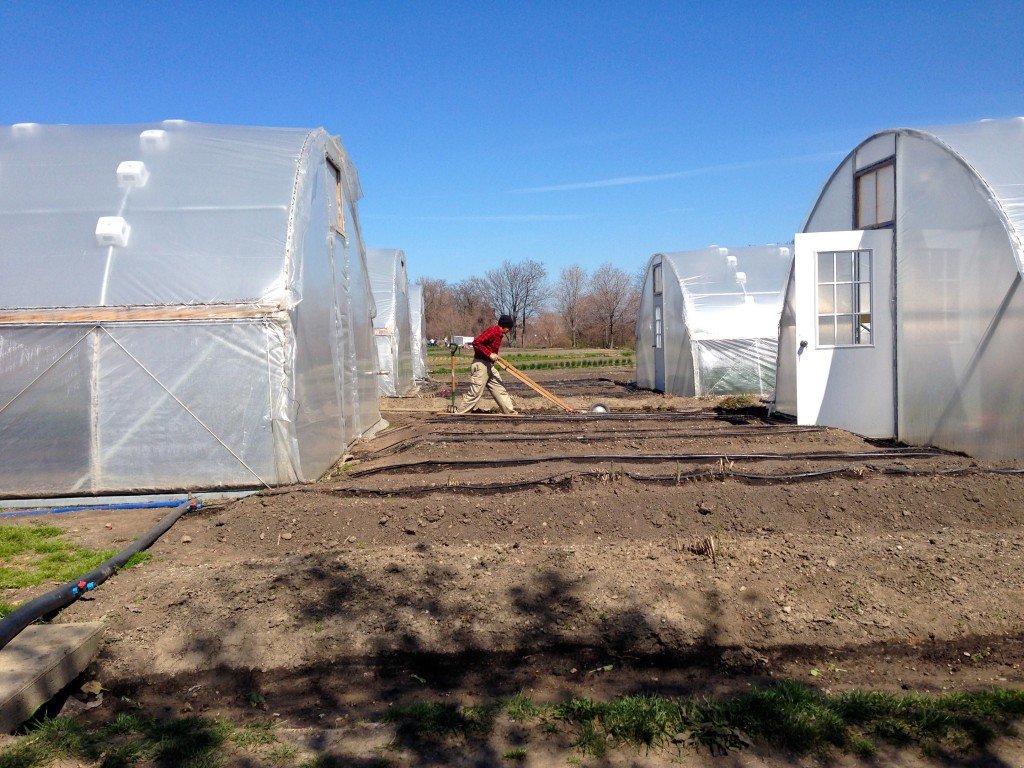 His textured hands, and sun-tainted skin are evidence he had worked has a farmer both in Bhutan and in the camp. To an observer, his rhythmic, energized movements in the field hint that he is very skilled at what he does.

“I did a lot of hands on agricultural work when I was home. I farmed differently there than I did here. Different machines here in the U.S., so now I can get more done here,” says Pyakurel.

Throughout the conversation, he interjects with apologies that his English isn’t good. But to any of his colleagues, his English is both quite good — and an accomplishment. Pyakurel credits his language skills to farm managers and the English classes at Refugee Response. On March 13, 2014, after months of studying, reading, and writing, Pyakurel became a U.S. citizen and voted for the first time.

“I am grateful to be here with my six children and wife. I don’t miss my country because this is my new country and home. I won’t ever go back to the place I left. My children are getting an education, and now I am helping my wife take the citizenship test, because the first time she failed,” Pyakurel says with a laugh. 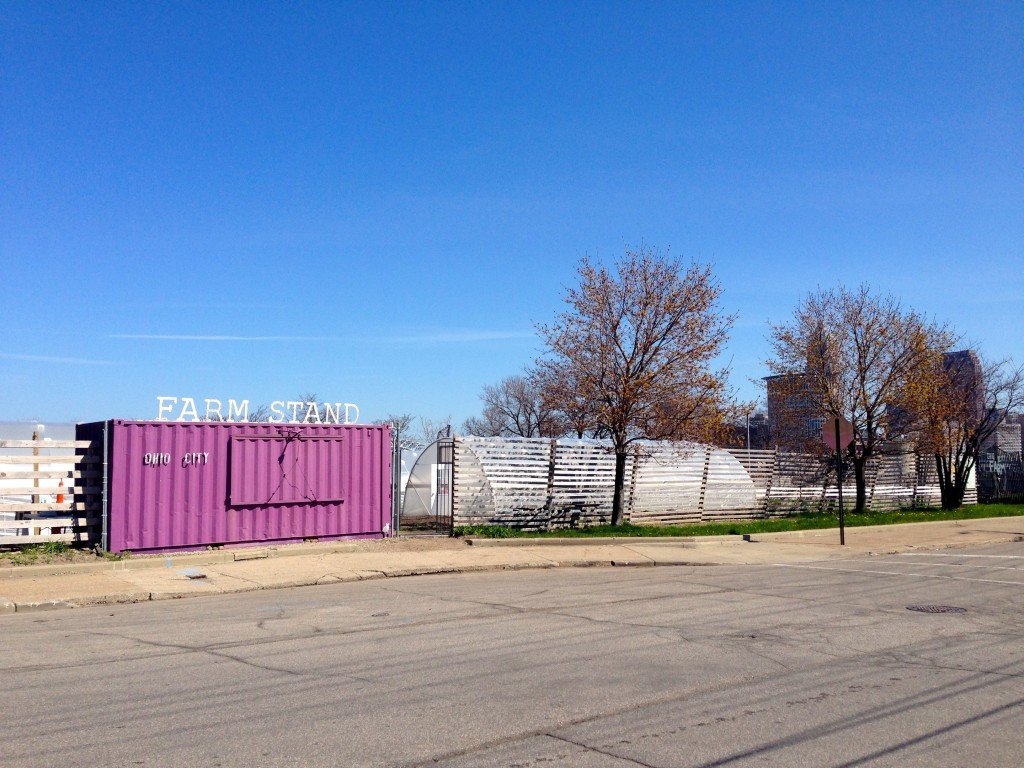 In the face of significant language barriers, Fitzpatrick and Hamm use a lot of acting, numbers, and pictures when outlining planting schedules and explaining business transactions with local restaurants and residents.

“We work on money and common knowledge information that we can build language skills on,” says Hamm. “We learn the words in their language for tools and crops to help bridge that gap. All the farming is done in English because it is really meant to promote their skills so they can grow in the field of agriculture.”

The amount of time each refugee spends on the farm through the apprenticeship program varies, but is usually no longer than two to three years, except for the few who stay on to become trainers and mentors to newcomers.

“Our whole mission is about a mechanism to learn and develop, not an end product,” says Hamm. “We try to give each person 40 hours a week, but when the farm season drops off in early November, the hours decrease. They are with us all year round. In the winter, they come in the classroom to work on everything. They stay with us for two to three years and grow with us in that time period. We want to exit them into actual jobs. Some have went onto actual farming jobs after this. Some have went to do something totally unrelated. We’d like to see them out in the mid-level jobs because their skills and language are fully developed.” 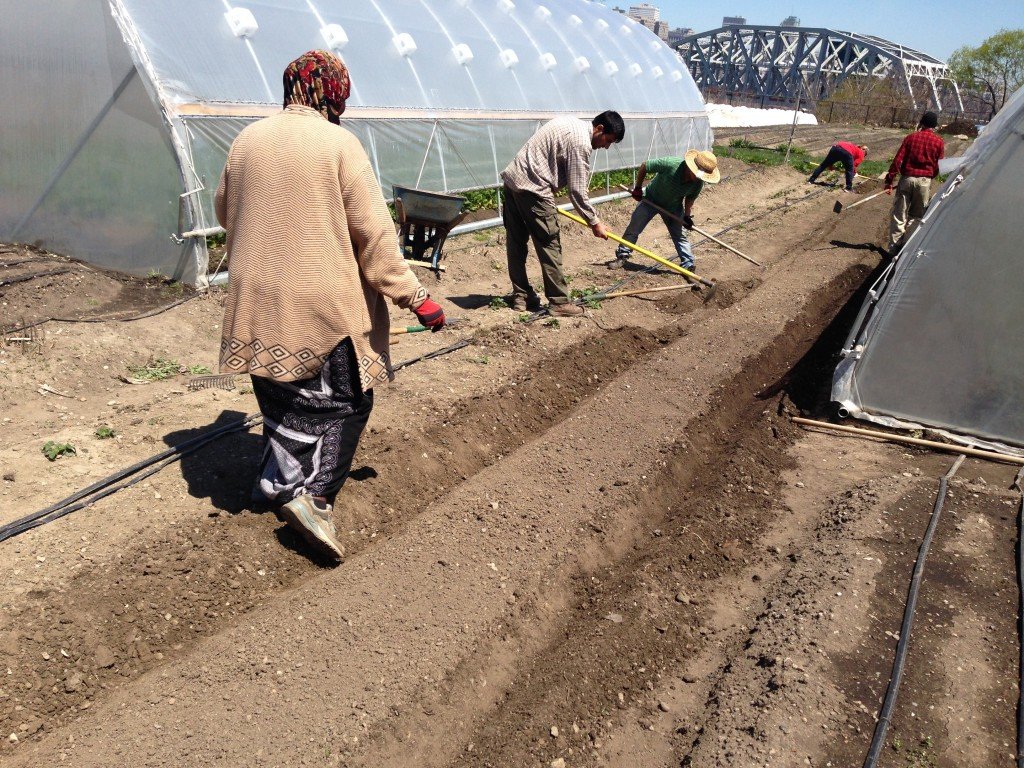 “Here [Cleveland] is a place for urban farming especially with localized food systems and nutrition. To be able to help them grow and support them in the long run, I would love for them to be selling to the restaurants, the market stands, and we are just helping them get there. This is our big end goal.”

At a micro level, the refugees and the staff are growing together each season through creating a farm plan at the start of winter. With feedback from each refugee and farm managers, there is a decision of what to plant, what not to plant, what didn’t sell well, and what should be changed.

“It [farming] is a mutual learning process,” Fitzpatrick says.

Once, while harvesting squash, Fitzpatrick says she instructed everyone to pull out the squash, pile them neatly, and put the leaves and waste in the compost pile. Then she noticed the squash leaves had been saved in neat piles. The Burmese use squash leaves for soup.

“We experimented with it last year. It definitely isn’t a product that all consumers are ready to jump in and buy. It is for people who are really willing to do something different. A lot of the times, we find these things out as we are going,” says Fitzpatrick.

Since 2008, Northeast Ohio has received more than 2,500 refugees, most from areas of conflict across Africa, Southeast Asia and the Middle East. Lately, refugees are arriving from Bhutan, Burma, Iraq and Somalia. Every year, approximately 500-700 refugees arrive in Cleveland alone. 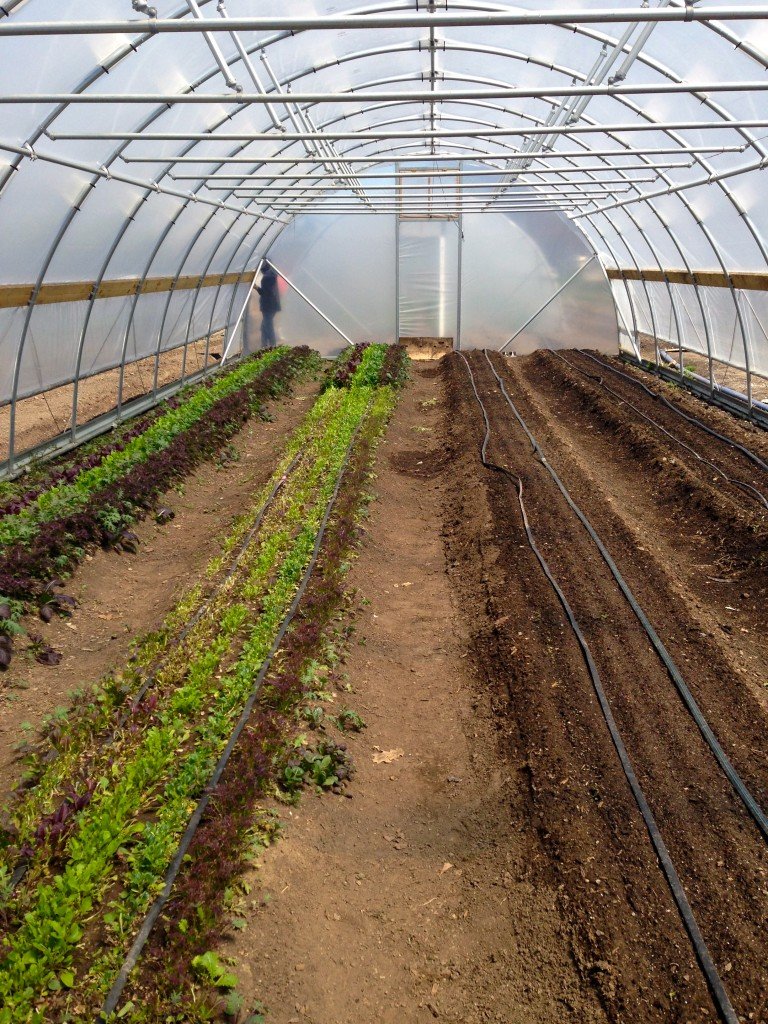 Outside the enclosed farm, the West Side Market is overloaded with customers and the nearby restaurants are fully occupied. Sitting on a picnic table in the middle of the farm, Hamm points out that many people in the area don’t know this farm exists and more importantly that refugees from all over the world are resettled here trying to make it, which sometimes fuel misconceptions towards who refugees are and why there are in the city.

“Some people absolutely still have these perceptions. I am still newer to this world, but what I see on the front side and based on my own experiences, is refugees still get blurred with immigration so the national conversation around immigrants and others coming in accessing our system usually comes at the cost of ‘they are taking our jobs, they are taking our benefits’ Many people think they are pulling us down, and what you find is the exact opposite,” explains Hamm. “With refugees, within two years, only eight percent are accessing public systems like food stamps, benefits, those kind of things. They are employed, supporting their families. They are active participants in the community.”

“You see a weird dichotomy in the refugee world,” says Hamm. “There is an incredible ability to be self-starting. They are as hungry as anyone else to have work and stability. They just happened to dress different, have different traditions. They are as much entrepreneurial and self-starting as they are supporting the community.”

___
Kaylyn Hlavaty is a freelance journalist based in Cleveland, Ohio. Prior to resettling in Cleveland, Kaylyn reported about social, humanitarian, and refugee-related issues in the Middle East. Her work has appeared in The Washington Times, Al Monitor, Sayidaty Magazine, Cleveland Magazine​​ and more.​