My artistic motivation is to photograph under-recognized historic architecture and cultural history in Chicago’s underserved and neglected neighborhoods. These photographs are meant to convey the beauty of Garfield Park’s remarkable interplay of nature, infrastructure, and historic built environment, amidst brutal socio-economic conditions that have persisted for decades. Many believe that bureaucratic systems of historic preservation and formal recognition have mostly eluded or failed these neighborhoods, and my intensive, street-level work attempts to create a uniquely personal record of today’s built environment in Chicago. 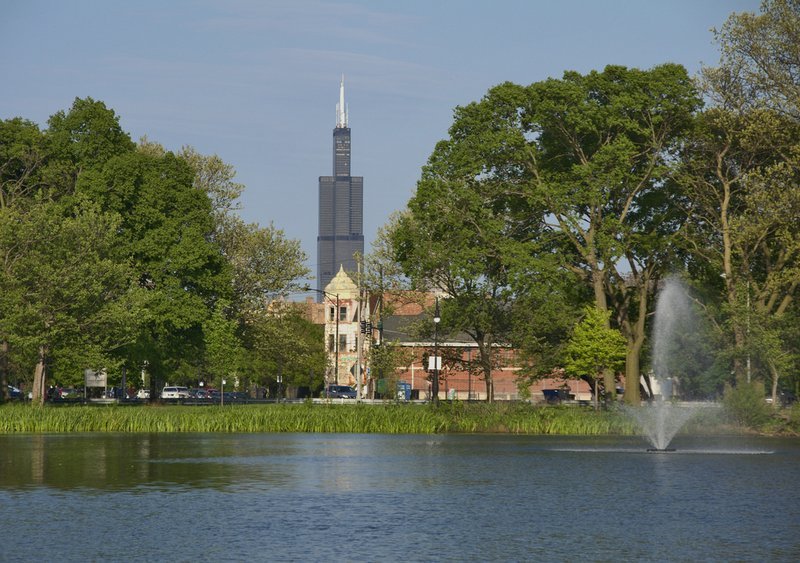 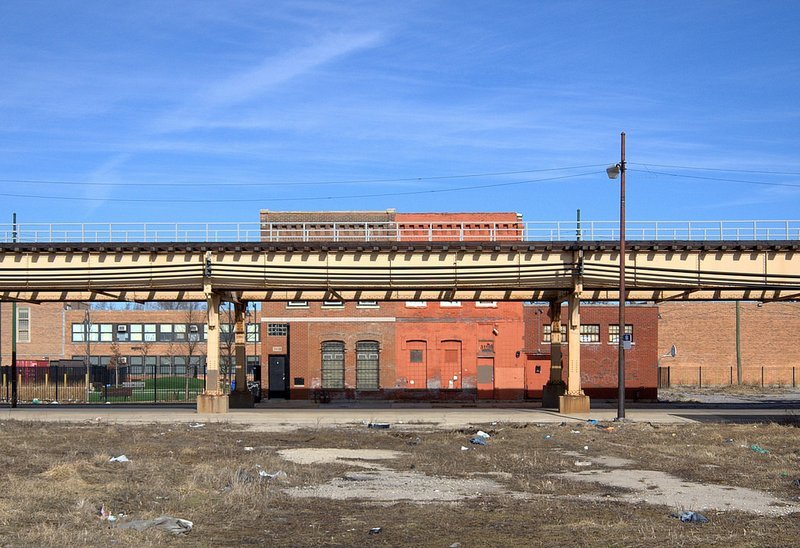 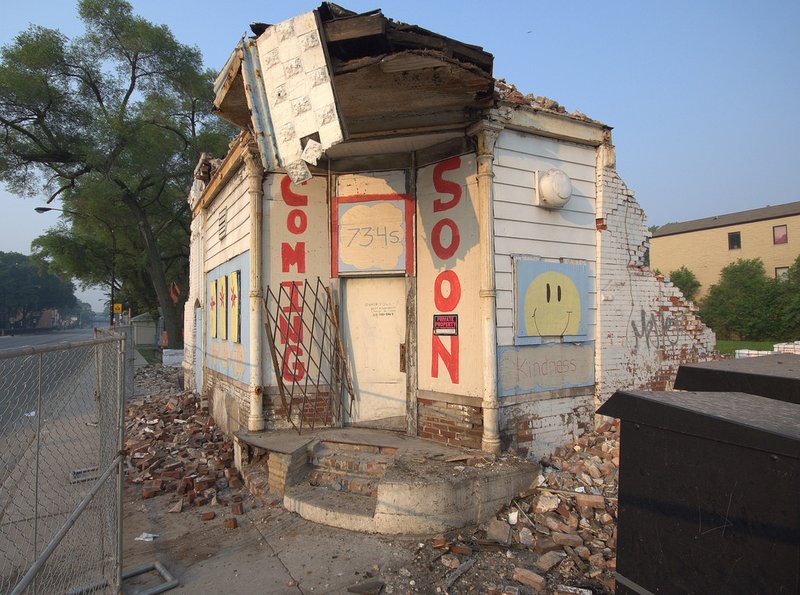 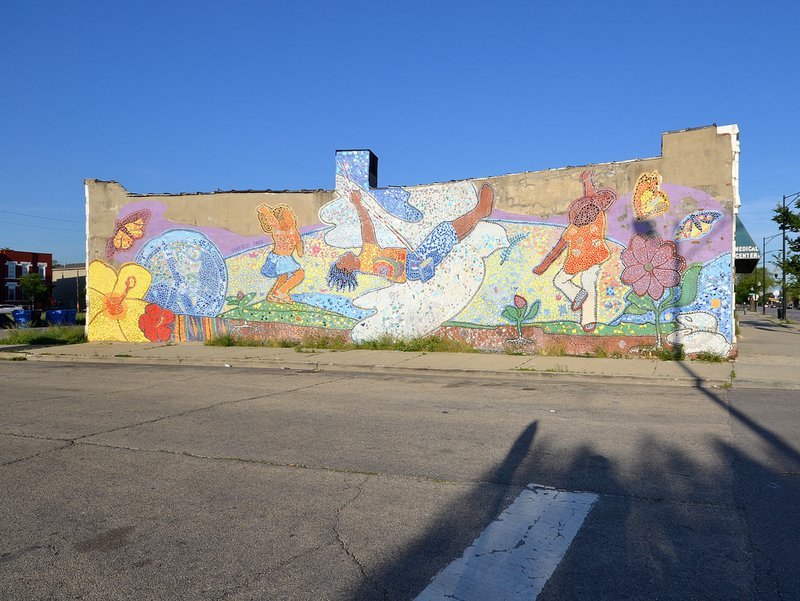 Morning light on the mosaic at Francisco Avenue and Madison Street. 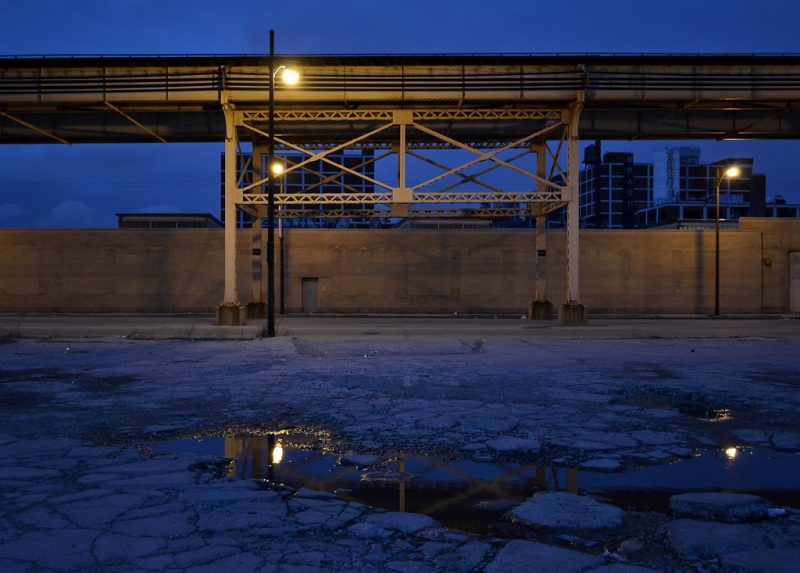 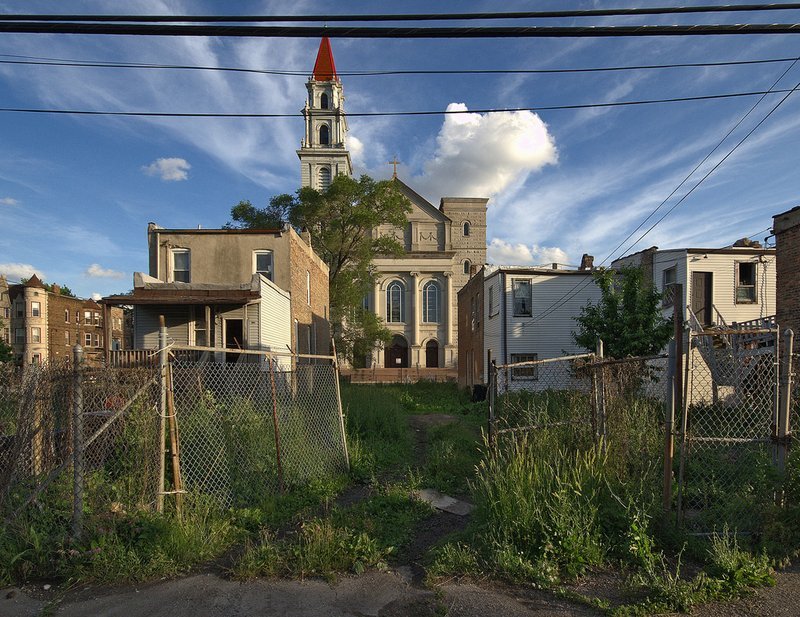 Behind the 3100 block of West Jackson Boulevard. ■

Gabriel X. Michael is a freelance photographer, artist, and writer living on the West Side of Chicago in East Garfield Park, also the subject and location for much of his photographic and artistic endeavors concerning Chicago’s overlooked and neglected built environment. He has also produced architecture and history pieces for the Chicago neighborhoods website Chicago Patterns since 2014, and in 2017 he contributed to Theater Oobleck’s immersive A Memory Palace of Fear production in West Humboldt Park. Along with his daily photographic exercises and obscure explorations chronicled as @_GXM on Twitter, Gabriel is currently working on an extended photo-essay/book concerning the past, present, and possible future of a formerly significant and largely unknown thoroughfare called Fifth Avenue on Chicago’s West Side.

Cover image by Gabriel X. Michael (does not appear in The Chicago Neighborhood guidebook).