(Reporters Nikita Mandhani and Bian Elkhatib traveled to the Detroit metropolitan area on a reporting trip sponsored by the Social Justice News Nexus project at Northwestern University’s Medill School of Journalism. Each Friday this month Belt presents their stories exploring life and challenges for Middle Eastern immigrants and refugees and other diverse residents of Dearborn, Detroit and Hamtramck. Part 1 can be found here. The second installment follows.)

Residents of Hamtramck say they know the secret to a peaceful existence among those of varied cultural backgrounds and faiths: close living.

On Evaline Street, cream-colored homes with balconies stand a few feet apart from brick bungalows, and it can be difficult to tell where one home’s lawn begins, and another lawn ends.

Adjacent to Evaline Street is Joseph Campau Street, where one passes a Polish deli, a Bangladeshi grocery store and an African-American barbershop. On the next block is Caniff Street, which is composed of Middle Eastern restaurants, a Bosnian mosque and South Asian businesses.

[blocktext align=”right”]“You almost have to get along with your neighbors. You don’t want to be feuding with your neighbors when they’re five feet away.”[/blocktext]Although Hamtramck, a city in the Detroit metro area, is only two square miles in size, it boasts a population of 22,099 and a wealth of diversity.

He added, “You find out that even though they have different religions, different cultures, they’re not different from you, they’re the same people.”

Forty-four percent of Hamtramck residents were not born in the U.S., according to the 2010 U.S. Census, making it Michigan’s most internationally diverse city.

One of those foreign-born residents is Jamal Jawany, 34, who moved to Hamtramck from Yemen when he was a child.

“Hamtramck is a unique city,” Jawany said. “We have a lot of people. Not only Muslims, but a lot of hipsters are moving to Hamtramck, a lot of white people, African-Americans, and it’s starting to become one of the cities that is most well-known out there, for the food, for the culture, for the diversity.”

According to the 2010 U.S. Census, 56 percent of Hamtramck is white, 23 percent identify as Asian and 13 percent are African-American. Also, the U.S. Census’ 2010-2014 American Community Survey states that the two most prevalent ethnic groups in the city are Arabs, at 24 percent, and Polish, at 9 percent.

Polish immigrants began arriving in 1914, after the automobile company Dodge opened a factory in Hamtramck. In 1950, the town was 83 percent Polish, according to Kowalski, a historian who runs the Hamtramck Historical Museum. 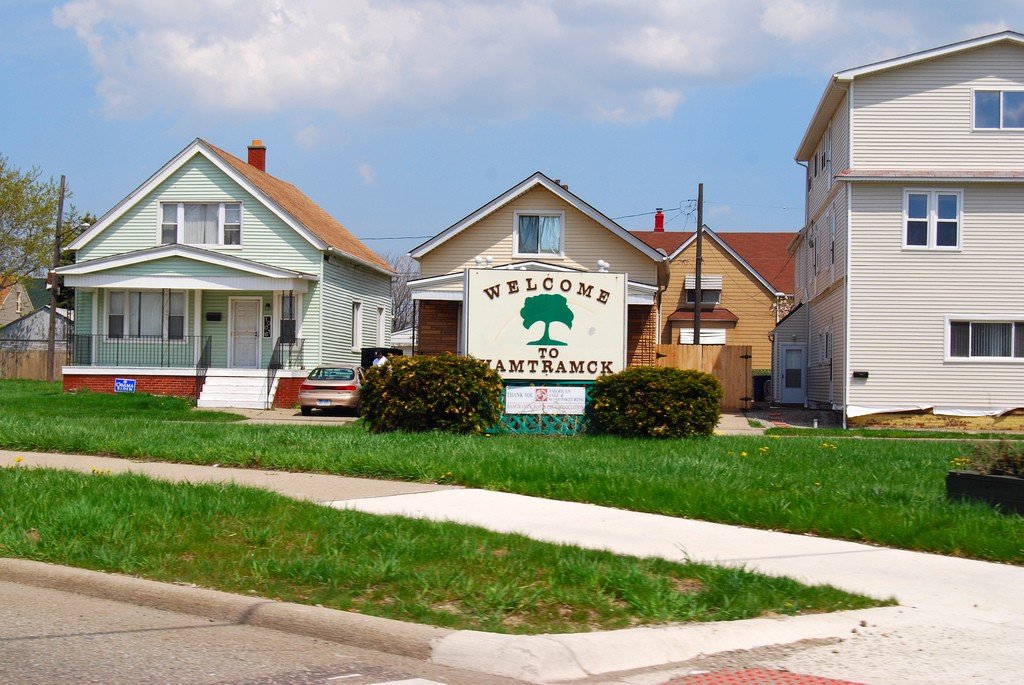 In recent years, the town’s demographics have shifted significantly with the influx of immigrants from the Middle East and South Asia.

“The Polish community is dying off,” said Mayor Karen Majewski. “That older generation, I can’t tell you how many funerals I go to for people in their 90s. That’s a sad thing to watch happen.”

According to Majewski, immigrants from different countries have moved to Hamtramck in cycles.

“The Bangladeshis started coming in the ‘90s, and I was here watching that whole process. The Yemenis have been here longer than I have — since the 1970s. Although now there’s a new influx, both because of the conflict in Yemen and because there’s a new Yemeni mosque.”

Different cultures, languages and lifestyles do not make it difficult for the people of Hamtramck to find ways to be a part of the larger community.

Sharing a slice of his life in the city, Kowalski said, “My neighbor is an older Bosnian woman who doesn’t speak English. Once, she invited me for coffee and we used sign language to communicate for almost an hour.”

Some residents asserted that living with people from varied parts of the world is enlightening and not uncomfortable. There are those usual disputes about parking areas and shared spaces or fights among children in schools, but such things don’t hamper the development of mutually respectful, diverse communities in Hamtramck.

[blocktext align=”right”]“At the end of the day,
we are all the same.”[/blocktext]“My (older) brother had encounters with people with different ethnicities in school,” and sometimes fights would break out between people of different ethnic groups, said 19-year-old African-American Duan Fleming.

But, when Fleming attended high school a few years after his brother, he said everyone generally got along.

Fleming, who now lives in Detroit, said the approximately four years that he lived in Hamtramck shaped his outlook on society.

“I had a different outlook on life before I came here,” he said. This city taught him, “at the end of the day, we are all the same.”


Banner photo: A convenience store in Hamtramck, Mich., displaying flags of different countries to depict the variety of products available inside. [Photo by Nikita Mandhani.]