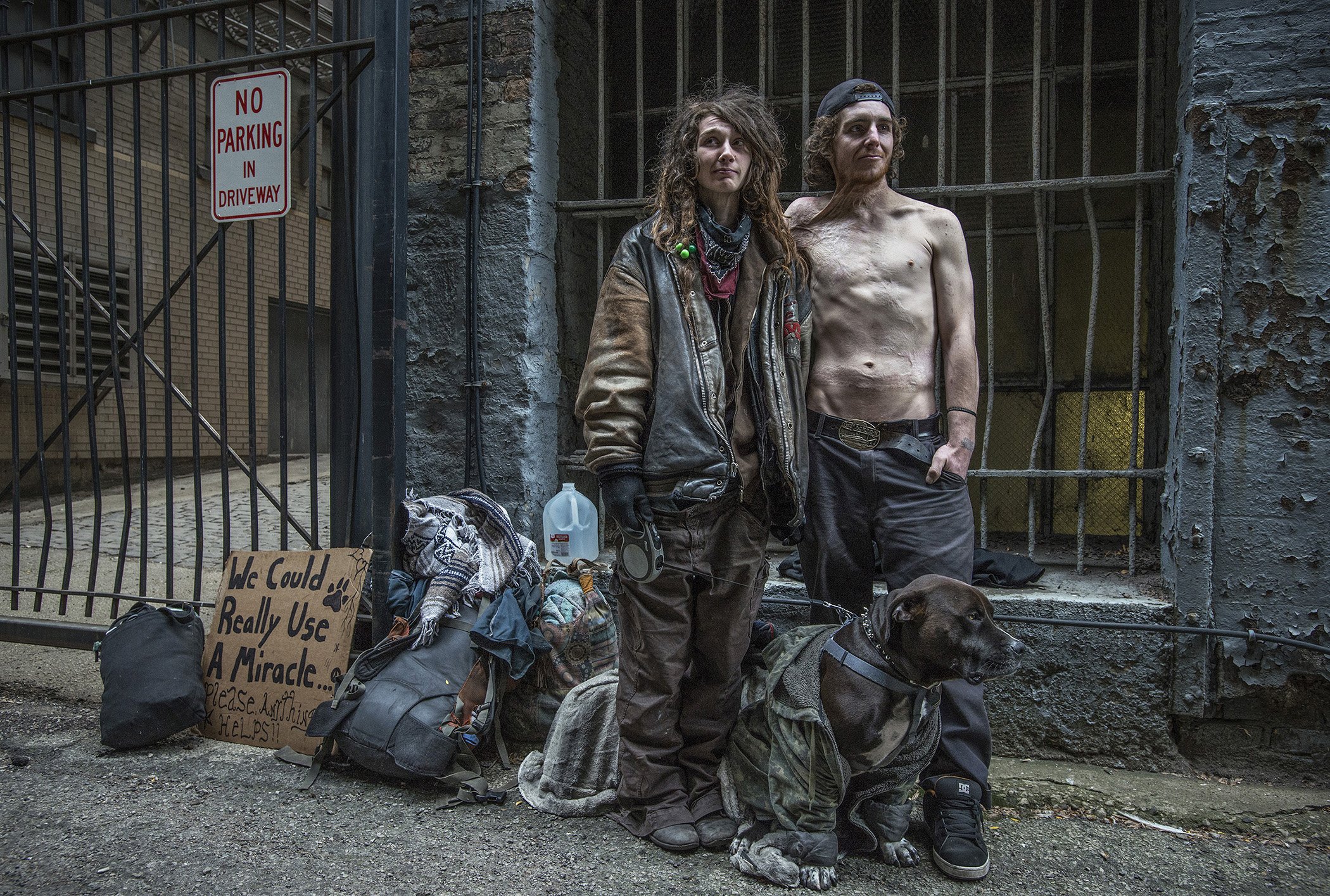 They are train hoppers from Southern California. I’ve seen them for a couple years now. According to Stone (the man), when they arrived and got off the train in Northwest Chicago, they bunkered down to sleep on what they thought was a dead-end street. While they were sleeping, they were run over by a truck. You can still see the scars. By the time they got out of the hospital months later, they were addicted to the painkillers prescribed by doctors. So then they started doing heroin to replace the prescribed opiates they were getting for their pain. I think they recuperated from their wounds, but now they’re really addicted to heroin.