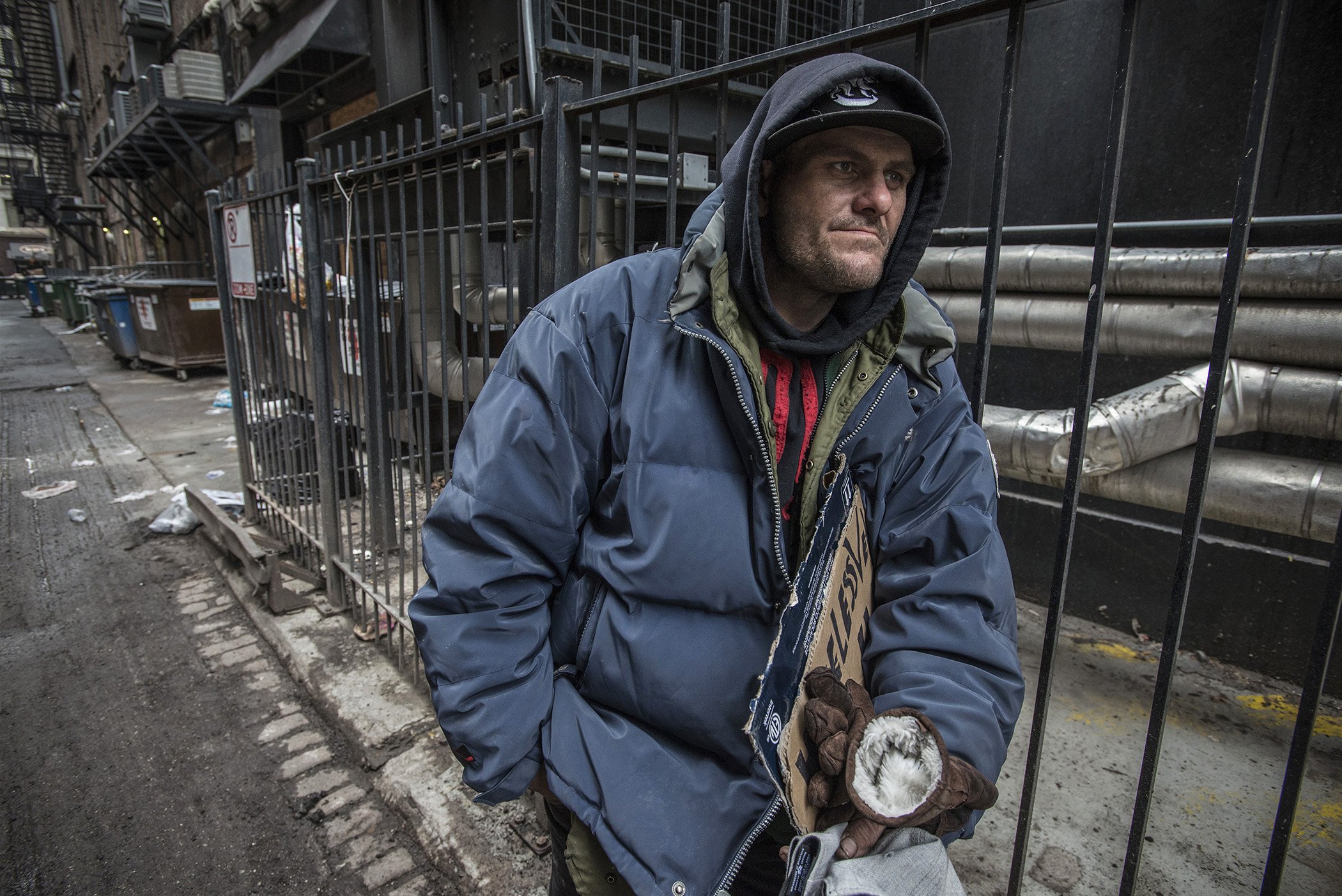 This is Tony. He’s from Northwest Indiana. Nobody knew too much about him except that he was a veteran of the Iraq War. He died on Thanksgiving night. This photo was taken just weeks before he died. He kind of played around with heroin when he was over in Iraq. When he got back, he really jacked up his addiction. His life just went down hill. Lost everything. Somebody said he had a sister in Indiana. I don’t know how I’d get a hold of her because I don’t have his last name. I researched what they do in Chicago with bodies of homeless people. They take them to the Cook County Medical Examiners Office. They’re either buried, or they’re cremated. If they are buried it’s in a plywood box and the bodies are taken to a cemetery about an hour’s drive south of the city. There’s one headstone for everyone. It reads, “This monument is dedicated to the deceased of Cook County who were poor or forgotten. May their souls Rest in Peace.” One day, I ran into Danny, Tony’s friend, and he told me that Tony had overdosed. Danny was the one who found him. Danny was by himself on Lower Wacker Drive. He ran up to the street to find someone with a cell to call 911. Paramedics came down, but he was already dead for at least an hour.