The Loss Of A Music Industry Legend — Henry LoConti, Founder of the Agora 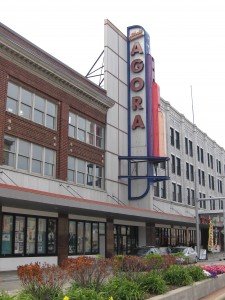 Anyone who’s been around the music business has some scam artist stories. It’s a business built on empty promises, ranging from “Kid, I’ll make you a star,” to “I can get you a gig at that club that won’t return your calls.”

Henry “Hank” LoConti, who died July 7 at the age of 85 after nearly 50 years in the music business in Cleveland, was not one of those. If one of his promises didn’t materialize, it was most likely because he had a big idea that just didn’t pan out. Considering that Henry was a fountain of ideas, some of them were bound not to happen. Sometimes they were a little out of sync with the times; more often, he involved the wrong people. He was like that. He wasn’t going to scam you so he figured you weren’t going to scam him. That was a lesson, it turned out, he never learned. He was past 80 when he got taken big for the last time. He was an odd mixture of shrewdness and naiveté.

Henry started out inauspiciously. In 1966, with the baby boomer generation outgrowing teen clubs and flooding the bars (the drinking age was 18 then), he opened a college club near the Case Western Reserve University campus. In his late thirties, he was already old enough to be a father figure to kids in the generation that popularized the phrase “Never trust anyone over 30.”

Within a year, the Agora had moved downtown to E. 24th near Payne, to what’s now a Cleveland State University parking lot (throughout its 16-year run there, it had that specter hanging over its head — CSU was its landlord). Within a very few years, it had become one of the most important clubs in the country: a 1,000 capacity showroom which booked a breathtaking parade of weekly Monday night concerts featuring the likes of Peter Frampton and Bob Seger, Pat Benatar and Bruce Springsteen, Kiss and U2, Meat Loaf and Talking Heads — all when they were on the verge of breaking out.

Certainly, Henry had the wind at his back. A confluence of factors was creating an unprecedented time in rock and roll: the teeming youth cohort, the richness and depth of the music being created, big record labels with lavish resources and the willingness to spend, and the rise of local station WMMS-FM as a powerhouse shaping Cleveland’s musical tastes.

But much came from Henry’s own fertile mind. He was always proposing something. Not all of it turned out to be feasible or successful. Disco nights were a bust at the Agora, whose audience was nurtured on live music. (In an article titled “The Night the Disco Tried,” the Plain Dealer’s Jane Scott reported, “El Disco Electro at the Agora died after only one night.”) But he opened the Rare Cherry disco in a Lake County shopping plaza, which enjoyed a successful run.

Turning the club’s local band bookings over to an agent who axed the biggest drawing bands because they wouldn’t sign exclusive deals with him was one of many cases of Henry’s misplaced trust. But then in the late 70s, with the Cleveland Agora riding high on its crowded concert calendar, its popular weekend dance nights, its basement club the Mistake (later the Pop Shop) where underground bands could cut their teeth, the weekly midday WMMS Coffeebreak Concerts, a jazz concert series, and nationally syndicated broadcasts, he hatched the idea of expanding the brand to other markets — a glorious success.

Soon he had clubs in Texas, Georgia, Florida, and Connecticut — eleven in all eventually. He also began producing outdoor shows at the Legend Valley Amphitheatre in central Ohio. He created Agora Records. He produced a concert TV series in partnership with TV 8 (and turned their management over to someone who sold them to a cable channel without getting artist releases).

The multiple clubs and other projects gave opportunities to highly capable people Henry mentored. Many remained in the business — some rising very high — for many years. Just one example: Today Jack Boessneck is executive vice president of Eighth Day Sound Systems, one of the largest and most respected production companies in the world (based in Highland Heights). In the 70s, his distinctive laugh rang out from behind the soundboard at the Agora.

A small fire in 1984 forced the Agora’s closure due to CSU’s uncertainty about when they would take over the property. Two years later, Henry reopened in a historic theater building at E. 50th and Euclid that was formerly the WHK Auditorium.

Times had changed, and the Agora was no longer a scene hub by 1986; in fact, that scene was fracturing. Henry had ideas for the sprawling, four-story building, hoping to recover some of the Agora’s salad days as a music complex. A few worked; others petered out. Concerts continued on an erratic basis, as he turned the running of the club over to different people, some more competent than others. Today it houses a world-class recording studio, just as the old Agora did.

Henry had ideas outside the walls of the building too. At his urging, DJ Norm N. Nite proposed to the board of the Rock and Roll Hall of Fame to build outside New York — and he was one of the loudest proponents in the campaign to bring it to Cleveland. But his idea that it should not be new construction but should repurpose the Masonic Auditorium building at E. 36th and Euclid (he had it all figured out where every piece should go) gained no traction with the New Yorkers besotted with I.M. Pei’s international reputation.

When he struck a deal in 2001 to donate his collection to the Western Reserve Historical Society, he had a plan figured out for them too. At the time, they planned to move the Crawford Auto and Aviation Museum offsite. He wanted them to utilize the Goodwill Building across the street from the Agora, pointing out its aptness since it had originally been an automobile factory.  (The move never happened at all due to financial constraints).

In his later years, Henry was discussing deals to broadcast shows on the Internet; he was producing shows and opening clubs in Russia. He had ideas for rejuvenating the languishing WHK building and eventually donated it to the MidTown Cleveland economic development group. He had visions for what that area could be.

He was also sometimes still trusting the wrong people. In 2008 he famously turned the club over to a scam artist who, in early 2009, stiffed northeast Ohio’s own Black Keys out of their gate for two soldout shows. That attached a bad reputation to the room, and it sat mostly empty until last fall. His last gamble paid off when the staff of Peabody’s, demolished by landlord Cleveland State University, moved into the club last October, bringing their experience and a following.

Henry LoConti’s life touched thousands of people who have tens of thousands of stories. He had plenty of his own. He could look ruefully at some of the dubious projects he’d been pulled into. You didn’t want to ask Henry about “Music, You’re My Mother” unless you had a couple of hours to spend in his office. (The attempt to put on a major concert at a military base was a comedy of errors on a grand scale).

Henry wasn’t supposed to die. He was always there to share a story about Cleveland music history, to give a bit of advice or encouragement to an aspiring musician, promoter, or fellow club owner, to expound on his latest idea. His unflagging enthusiasm and energy made him seem ageless — and immortal. So he wasn’t; nobody is. But there’s some of his DNA almost anywhere you look in Cleveland’s music scene.

Anastasia Pantsios is a freelance writer