Making a Case for Youngstown

The following is an excerpt from Belt’s Car Bombs to Cookie Tables: The Youngstown Anthology.

When my wife and I first started dating, she lived in rural Georgia and had no knowledge of Youngstown. We hadn’t been dating long enough to even really discuss what my hometown was like. Before the chance would present itself, she called one evening and told me she was about to watch the City Confidential on Youngstown. I immediately assumed it would be a stereotyped examination of the connection between the city and organized crime or the crippling impact of closed steel mills or a superficial look at the personalities that dominate the city’s politics. When she told me it was subtitled “Mob Hits and Misses,” I knew it was time to begin fine-tuning my rebuttal to everything she was about to learn.

The storyline sadly didn’t surprise me. I’ve spent my life watching people respond to my announcing where I am from. Even though I grew up in Austintown, I have always taken pride in saying I am from Youngstown and the Mahoning Valley. Everyone has some assumption of what Youngstown represents. And I’ve crafted somewhat canned responses to deliver based on what I know of the person offering judgment. That night, with my now wife, I thought through the entire list.

I could have spoken to her about the city’s athletic prowess and pride. From being able to watch local greats like Jeff Ryan, P.J. Mays, Jeff Wilkins, and Marc Brungard excel and compete for championships at YSU to seeing future NBA player Mario Elie suit up with the Youngstown Pride, I grew up watching a higher level of athletic competition than outsiders could imagine. The cradle of coaching with the Stoops and Pelinis were matched only by the stable of championship-caliber boxers the area produced. Harry Arroyo, Rusty Ratzenberger, Boom Boom Mancini, and Kelly Pavlik were all bright spots at different times. For an allegedly dead city, there are plenty of living legends and championship moments still present today. But she isn’t into sports. 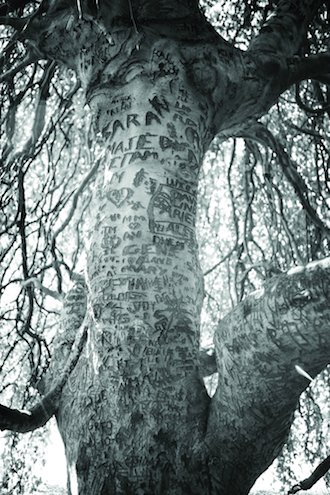 I could have talked about the giant willow trees at Fellows Riverside Gardens and how from my first time visiting I had never felt safer than I did under their droopy branches. But I may have had too many first kisses and carved too many names (one twice!) into the trunk to keep her attention where I needed it to be. But, if those trees were alive, despite the efforts of so many carvers to inadvertently kill them, how could the city be dead?

As a surprise attack, I could have just admitted to my personal history with what she had witnessed. From watching the Traficant trial in Cleveland as a field trip in high school to seeing a family friend convicted of racketeering and extortion while serving as a county court judge, I’d experienced the impact of Youngstown politics first-hand. After all, nothing in the City Confidential episode was factually incorrect; It just wasn’t defining. At least not for me, or anyone else I knew that had grown up in the city.

I could have talked about the people, especially those I met while growing up in the basement of the Sojourner House, where my mother worked. For most of my middle school years, my mom was in charge of the children of domestic violence victims. Her main goal was to make them feel as at home as possible. I spent countless hours playing with these kids and befriending as many of them as I could. The stories I heard still stick with me today. They made me realize how fortunate I was in my own circumstances. I could have told her about the people in the neighborhoods I met while teaching in a summer program for a church housed in the old Jefferson School. Or the impact the murder of Jermaine Hopkins — a YSU football player I had got an autograph from only four days before his death — had on me. Or the influence of former YSU basketball coach Dan Peters. When I was in eighth grade, he responded to a random letter I sent him by calling me at home and coming to have lunch with me at my school the next day. But for her they would just be names.

[blocktext align=”left”]People who know Youngstown — even for a short time — know it is alive and fighting.[/blocktext]I could have talked about steel. Whether I highlighted how important Youngstown was in World War II or touched on the family connections, industry plays a pivotal role in Youngstown’s story. My grandfather helped demolish a mill in Warren he had originally wired long after he retired, which served as a sort of bookend for a physically draining career. The impact the Youngstown mills had on the Mahoning River tied directly into the image of a rusted, dead city. But the river had been cleaned and new high-tech industries had emerged to take the place of steel. So I figured why focus on an old economy? Plus, my wife had already graduated law school. Youngstown and steel couldn’t be anything more than a court case to her.

I might have just attempted to overwhelm her with nostalgia. Don Guthrie and Stan Boney competing to tell me the next day’s weather. The feeling of pride when Phillip Jean-Baptiste blindsided Steve McNair on ESPN on the first play of a 1994 YSU football playoff game. Watching Kelly Pavlik knock out Miguel Espino at Beeghly Center. Stories of my grandparents taking the train into the city to shop downtown. Buying a rabbit at the Canfield Fair. Watching Maureen Collins and Todd Hancock in Joseph and the Amazing Technicolor Dreamcoat at Powers Auditorium. Having Sam Crenshaw teach me how to dribble during Saturday YMCA basketball. Searching for snails at the lily pad as a child. Getting my first hole-in-one at the par 3 course. Attending the funeral of patrolman Mike Hartzell at St. Christine’s. But if I took that approach, it would have just been a disjointed memory dump since she knew nothing of the area. 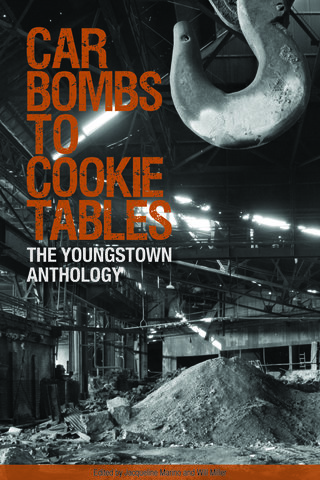 So in response to her summarization of the City Confidential, I realized there was nothing I could tell her to give her a true glimpse of my city. Instead, I told her to figure out a weekend when she could fly to Columbus (I was working in Athens, OH, at the time), and we would take the journey ourselves. A few weeks later, we took that trip. We ate Wedgewood Pizza and Handel’s ice cream. We drove through Mill Creek Park and looked out at the city from Fellows Riverside Gardens. We watched a Phantoms hockey game at Covelli Centre and a YSU basketball game in Beeghly. We walked around Federal Plaza and managed to see the Youngstown Connection perform. I drove her through where the old mills used to stand and through some neighborhoods with checkered pasts. I wanted her to see the spirit and grit of the city for herself. Unlike what City Confidential had shown, she needed to know this city is alive. And the only way to do that was to have her experience it.

As human beings, our initial assumptions are not always correct. My wife entered the city with some preconceived notions. Perhaps by luck, when we first pulled off State Route 711 onto MLK and drove toward downtown, BJ Allen was testing and caused a loud bang at just the right time, causing my wife to noticeably flinch. While loud noises make us all jolt from time to time, it was clear this was different. She reacted more strongly because she was in Youngstown. Three days later, after spending time in the city, she had a more informed view. People who know Youngstown — even for a short time — know it is alive and fighting.

Unfortunately, not all of the doubters of the city can make a pilgrimage to test their assumptions, so we are forced to rely on words to diffuse their potentially misguided views. It’s important to remember that even the city’s most troubling historical moments have shaped what it is today. I’m jealous of those who are there now, experiencing the revitalization downtown. They get to see the city’s fight. The same fight that City Confidential episode highlighted when describing Paul Gains’ unwillingness to be bullied or pressured into giving up the fight against organized crime. The fight for the Mahoning River to overcome decades of chemicals from the mills. The fight those willow trees wage every time someone carves another name into them. The names of the past have gotten bigger as the tree grows, just like Youngstown’s past will always influence its present and future. We just need to remember to balance the old with the new as the city moves forward.

Will Miller is the co-editor of Car Bombs to Cookie Tables: The Youngstown Anthology. He works in the administration of Flagler College after graduating from Ohio University and The University of Akron. To the shock of all Floridians, he truly misses seasons and snow.