A Rust Belt Revival Is Beyond Black and White

City analyses often fall prey to black-and-white narratives. The Rust Belt is either “dead” or “reviving.” Residents are either suburbanites or city dwellers, gentrifiers or natives, boosters or negative nabobs. These dualisms may make good copy, but they are bad for cities. Narratives influence perception, and perception drives behavior. 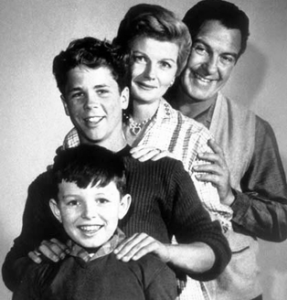 For example, according to urban historian Eric Avila, the mid-20th century narrative of middle-class whites moving out of the inner city was partly a cultural production. In Popular Culture in the Age of White Flight: Fear and Fantasy in Suburban Los Angeles, Avila discusses Hollywood’s role in segregation through its portrayal of the suburban, bucolic “vanilla city” as the aspirational movement away from urban ills. The “whiteness” of the suburbs was depicted in the Cleavers and Mayberry, and the “blackness,” of the city was portrayed in the “littered streets, dark alleys, and decaying buildings” of film noir.

“Hollywood marketed spectacles of urban decline as mass entertainment,” Avila writes. “Film noir represented the postwar crisis of the public city through its narratives of social disorder and psychological malaise.” He goes on to argue that middle-class whites followed those shadowy narratives right out of town.

Fast forward to today, and the aspirational movement is flowing back to the urban core. Millennials love cities, so the story goes, and today’s city narratives involve beautification and the creation of walkable boutique urban neighborhoods.  Again, mass entertainment has been implicated in creating the narrative. “This is the generation, don’t forget, that watched Seinfeld and Sex and the City and Friends — usually from sofas safe in the confines of the suburbs,” notes urbanist Alan Ehrenhalt. “I think they find suburban life less exciting than urban life.”

Some worry that this new urbanism is simply “white infill,” or white flight in reverse, and as the story of the young and educated flocking to urban core becomes further entrenched, city building will cater to that archetype. Hence, the arrival of the “vanilla city.” According to research by the Thomas B. Fordham Institute, from 2000 to 2010 the vast majority of the 50 zip codes with the largest growth in white population were located in or beside America’s downtown cores–particularly in New York, Chicago, San Francisco, and Washington D.C.

Of course the narrative of white infill is the narrative of gentrification, whereby those with means — whites, largely — move into areas inhabited by those without means, whites and non-whites alike. The result is the suburbanization of the city and displacement of existing residents, particularly for coastal, global cities experiencing massive influxes of capital. In the London Review of Books, Rebecca Solnit laments the digerati boomtown that has left San Francisco unaffordable and without its historic cultural edge. Over at Gawker, Chris Tacy is less diplomatic: “Douchebags Like You Are Ruining San Francisco.”

Meanwhile, in the Rust Belt, urban infill is playing out differently. It is not a dichotomous narrative. For instance, demographic patterns in Cleveland are unfolding so that “the gentrifying” areas are becoming at once younger, less white, and more minority. That is, Cleveland’s gentrification is not characterized by whites returning to the city. Rather, it is a process of middle class reinvestment into areas that are diversifying.

For instance, the Cleveland inner-city neighborhoods that gained the most Millennials from 2000 to 2010 included downtown, Kamms Corners, Old Brooklyn, Ohio City, and Edgewater. Outside of downtown, the white population declined in each neighborhood, whereas the minority population increased — with the exception of Hispanics in Ohio City. Specifically, the percent change in blacks for these five gentrifying neighborhoods increased by 75 percent, though the city as whole saw its black population decrease by 13 percent. The Hispanic population increased by 52 percent in these neighborhoods, compared to 15 percent in the city. For Asians the increase was 109 percent, vs. 12 percent citywide.

One reason for this unusual pattern is the housing crisis in Cleveland, which may have created lower barriers of entry into neighborhoods that were historically “no go’s” for minorities. Migration from the historically black East Side to the historically white West Side of the city has ramped up, with blacks nearly doubling their percent share from 11 to 20 percent in the last decade alone. Combine this desegregation patterning with the fact that younger suburban whites are crossing into the city limits to live, and what you have is a nascent rewiring of Cleveland’s historic divides between suburb vs. city and white vs. non-white.

Why does this matter?

Segregation of race and class kills a region’s economy. For instance, a new study called “The Equality of Opportunity Project” found that Cleveland ranked 45th out of 50 metro areas in terms of upward mobility. A Cleveland kid raised in the bottom fifth of an income class only has a five percent chance of rising to the top fifth. “Where you grow up matters,” said co-author Nathaniel Hendren.

The study, however, concludes that “upward mobility tended to be higher in metropolitan areas where poor families were more dispersed among mixed-income neighborhoods”.

These demographic shifts in Cleveland and other Rust Belt cities can change long-term economic trajectories. Leaders must go beyond bringing white people back to the city to reverse white flight, because resegregation is not the answer. The answer is not black and white. Its narrative is a shade of gray, and in some places this story is beginning to be told.

Richey Piiparinen is a writer living in Cleveland.