There are times when Mark Twain was right, that numbers are lies and damn lies and all that, but there are others times when the numbers line up so pointedly that they connect the dots in a way that no verbal argument ever could.

I’m speaking of Burke Lakefront Airport in downtown Cleveland. About a year ago, we wrote in this fairly new magazine that keeping Burke open was kind of stupid. United Airlines had announced it was de-hubbing its operations at Cleveland Hopkins International Airport, and I raised the idea that perhaps 450 acres of lakefront property in downtown Cleveland might be better used as something besides an underutilized airport. You know, housing or parks or offices or a combination of all of those.

The naysayers immediately came out of the woodwork saying I had no idea how aviation works, and the major reason that Burke should not be closed is that the Federal Aviation Administration had designated Burke as a “reliever” airport for Hopkins. The FAA defines reliever as “airports designated by the FAA to relieve congestion at commercial service airports.” In other words, I was told repeatedly, if Burke closed, Hopkins would be so crowded with flights that it would cause big delays for the passengers flying in or out of Hopkins. 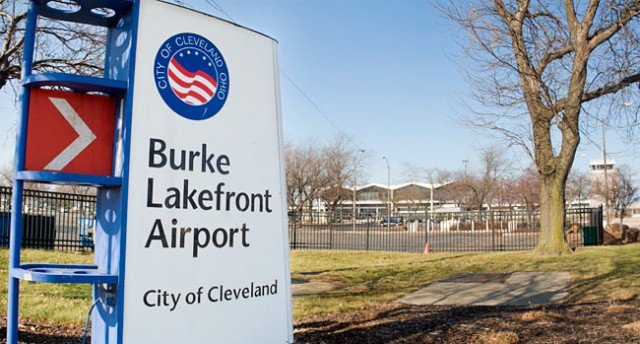 So you could move all the flights that operated out of Burke to Hopkins and you would have the same number of flights that operated there in 2013. Actually, you wouldn’t have to move all the flights, because about 40 percent of the operations out of Burke are flight schools. So if you moved the 30,000 or so private aircraft operations from Burke to Hopkins, no one would notice. And the difference in time to get downtown if those planes using Burke had to use Hopkins would be about 20 minutes.

I know why some of the Cleveland leadership is against closing Burke, and it has nothing to do with flight operation statistics or the landfill the airport was built on or FAA rules that don’t make it easy to close any airports. The reason they are against even thinking about closing Burke is because it is a real physical sign that Cleveland is much smaller than it used to be, and it no longer needs some amenities that bigger cities have – such as a downtown airport just 12 miles from its main commercial airport, whose flight operations have dropped by about 60 percent since 2000.

In other words, we have extra airport capacity in the region. So closing Burke would have little effect on overall airplane service infrastructure system.

The other reasons offered that Burke cannot be closed are even more idiotic than those who say it is still necessary as a reliever airport. The fact that it was built on landfill has caused some to claim that the land is toxic and can never be used for anything else. The facts are that 90 percent of it was built from clean fill (rocks and dirt from road construction projects from the 30s and 40s), and the EPA has done several studies that show Burke is in no way toxic. And proof that the land will support building on the fill are right next door in the forms of First Energy Stadium and the museums, which were built on the same fill.

(Another fallacy is that hospitals like the Cleveland Clinic need service at Burke to keep transplanted organs from becoming unusable due to time degeneration. Not true. For example, livers survive about 12 hours after being removed from a cadaver, so eight extra minutes from Hopkins to the Cleveland Clinic’s main campus is going to make little difference. Plus the hospitals have their own helicopter pads for immediate emergency care.)

The second excuse is that the FAA wouldn’t allow it to close. When people use this one, I wonder if they understand politics at all. The FAA has approved closure of airports through the years, and they were closed mainly because the local political leadership wanted them closed. The FAA has some rules – such as paying back what they invested in the airport, which in Burke’s case would be roughly $10 million – but they are a political entity that does what they are told in matters such as this.

Think of it this way. If Cleveland Mayor Frank Jackson and Governor John Kasich and U.S. Senators Sherrod Brown and Rob Portman, along with member of Congress Marcia Fudge and Marcy Kaptur and David Joyce (and throw House Speaker John Boehner in there as well) told the FAA they wanted to close Burke based on the latest numbers of use and future use as prime lakefront property, would the FAA say no? Of course not. 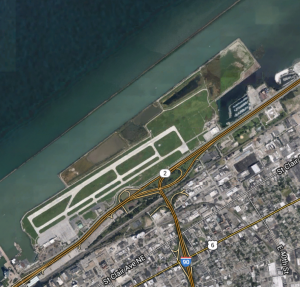 As it stands now, Cleveland – which owns the airport property – doesn’t even want to consider closing Burke. The city has never done a study that shows the pros and cons of what happens if it does close (financial, environmental, urban density issues), only offering the lame excuse that the city has too many other projects on the table to be concerned with a project that would open up the lakefront downtown. Yes, I’ve heard over and over again, that Cleveland is so vibrant and growing that opening up Burke for development might cause all the other projects to cave in.

Here are the basic facts on what Cleveland would get out of closing Burke. The airport costs the city between $2 and $3 million a year to keep open, so not only could you pay the FAA the money you owe them in four years it was closed, you would clear out a deficit for a city that seems to have problems funding basic city services. The city also might get a windfall in what it gets per acre if it does put it on the market.

Some of that money from the land sale might be used to pay for developmental infrastructure costs to the city. The 450 acres would also be a blank canvas. Maybe parkland and marinas on the eastern end, and denser housing and offices near East 9th Street. Possibly a boardwalk near the shoreline, with mixed-use housing and retail and offices buildings. Public/private partnership and fill in your urban development buzzword here.

And it is crazy that the Cleveland leadership doesn’t see this unique opportunity in front of them. I have been searching for the past year for any other major city on the planet that has 450 acres of largely vacant land in its urban core, with more than 2 miles of shoreline on a body of water that is navigable by oceangoing vessels. If you think of one, let me know, but I’m pretty confident you won’t.

This will be a long-term process; it might be a decade before Cleveland starts seeing dirt being moved. But no private developers are going to come forward and lay out potential plans unless Cleveland lets the world know it is open for business. But they will come forward, because the availability of land like this is unique. There are certainly risks, but Cleveland needs to take risks if it is going to reverse some of the economic trends that have hurt it, and build on some of the foundations it is putting in place in the downtown area.

The first step is for Cleveland to no longer use the excuse that it cannot close Burke Lakefront Airport because it is needed as a reliever airport for Hopkins. The numbers say otherwise, with indisputable clarity.