Debut author Misty Wilson chronicles her seventh-grade experience as the only girl on her town’s football team in this empowering graphic memoir about teamwork, friendship, crushes, and touchdowns.

Misty never shies away from a challenge, on or off the field. So when the boys tell her she can’t play football, there’s only one thing to do: join their team and show them what she’s got. But the training is rougher than she thought—and so are the other guys, who aren’t thrilled about having a girl on their team.

Middle school isn’t so easy, either. Misty wants to fit in with the popular kids, but they think a girl playing football is “weird.” Even her best friend doesn’t get it. Can Misty find a way to score points with her teammates, make new friends, and show everyone—including herself—what it means to play like a girl? 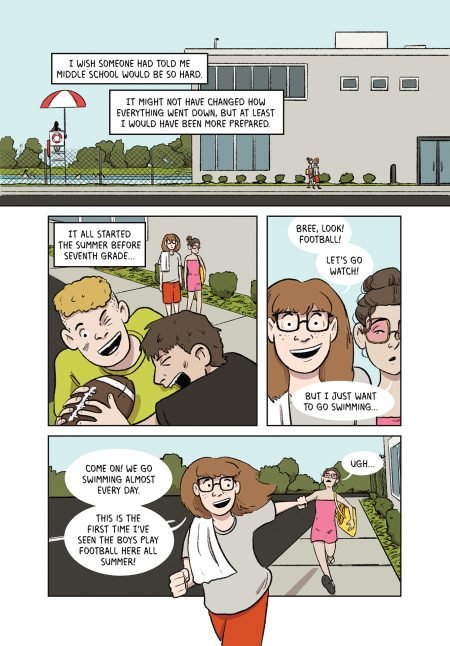 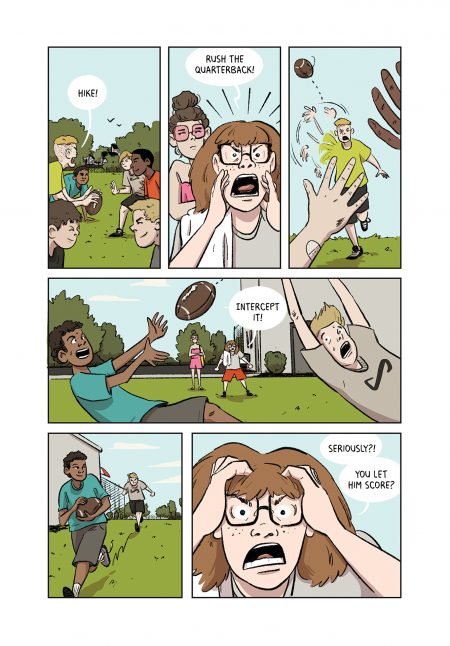 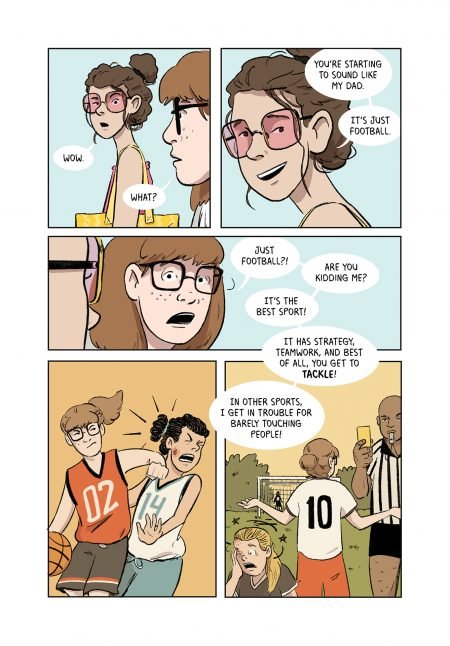 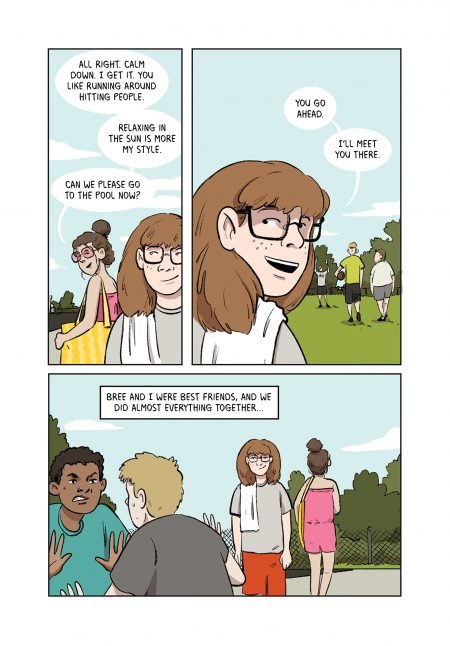 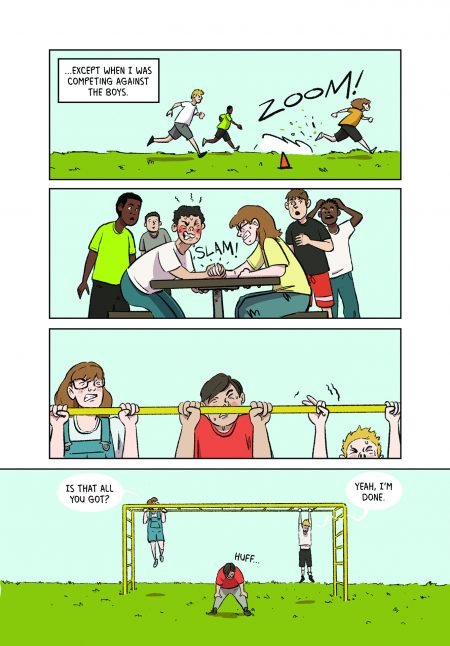 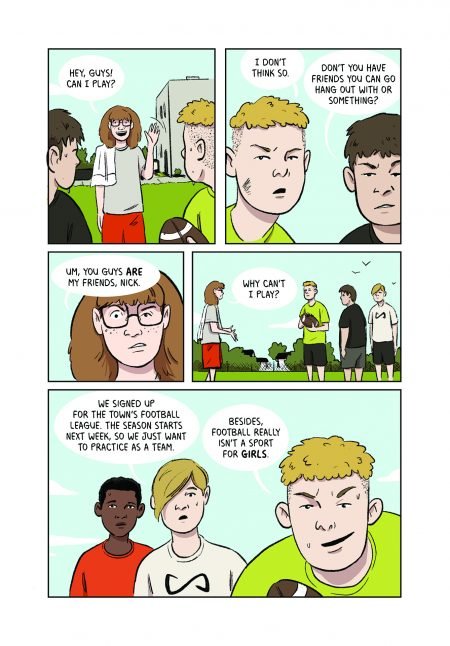 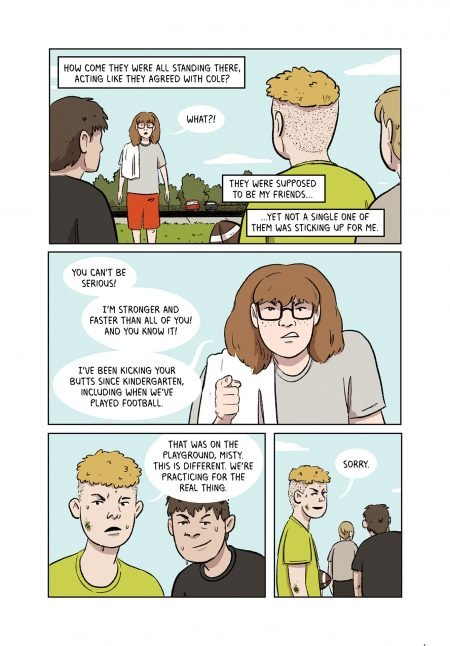 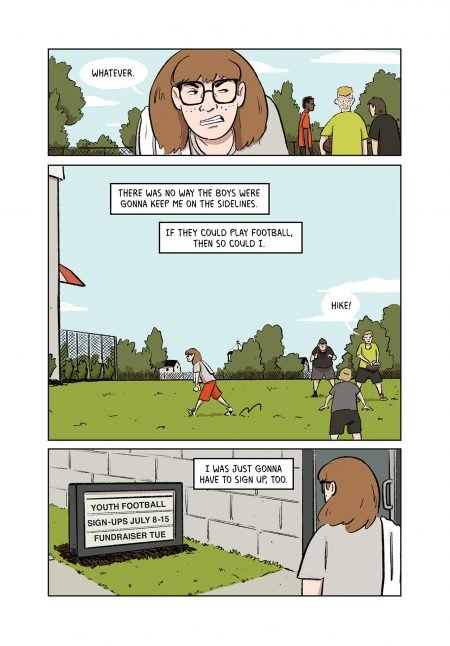 Misty Wilson is the debut author of the middle grade graphic memoir Play Like a Girl, which earned a starred review from Booklist and was a Junior Library Guild Gold Standard Selection. Misty teaches by day and writes by night. She’s a voracious reader who also loves binge-watching television shows. She lives in Northeast Ohio with her husband, David Wilson, illustrator of Play Like a Girl, and their two daughters.
David Wilson assumes many roles—illustrator, designer, writer, and filmmaker. When he’s not working, you can find him exploring nature, skateboarding, or playing drums. He lives in Ohio with his wife and two daughters.
FacebookTwitterLinkedInRedditEmail