Profiting Off The Romance Of Poverty

Ruin-porn is no different from its lascivious counterpart: you know it when you see it, and when you see it, it isn’t pretty. Detroit’s abandoned Goliaths have been the backdrop for music videos, ad campaigns, and glossy photos in art galleries since the white flight. The city is America’s most famous train wreck: a dark, gloomy relic of our shiny, handsome past. Its image is magnetic, voyeuristic, and self-serving.

And few companies have capitalized on it quite as successfully as Shinola. 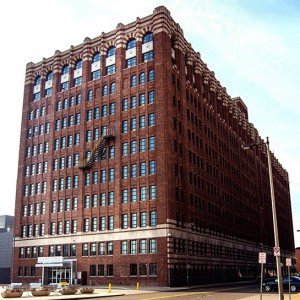 Shinola is a luxury brand that, in 2011, rented a loft in an old General Motors research facility in Detroit and set up shop. Their creative headquarters and assembly lines are all situated on the same floor, separated by tall glass doors.  Shinola produces a smattering of leather goods (iPhone cases, journals, bags, vintage baseballs), retro bicycles, fashionable watches, and a few heirloom Americana items.

In recent months, their watches have garnered international acclaim in the fashion world. Featured in GQ and the luxe menswear site Mr. Porter, Shinola’s Runwell watches have been pegged as the affordable option for serious watch-wearers, never mind that on the low end, they will run you over $500. Mr. Porter even profiled the company and their mission in an article entitled Detroit Watch City. The glowing review of Shinola highlights their decision to move their offices to Detroit. Daniel Caudill, Shinola’s creative director, cites Detroit’s manufacturing past as their main reason for the move. “Where do you go,” he asks, “to find people that are used to assembling product and small componentry, and who want to work?” Many of their 200 workers were longtime employees of the automotive industry (though you would be hard pressed to find anyone in Detroit who was not somehow touched by Ford, GM, or Chrysler), and they frequently sport Shinola watches themselves. The author even quotes a worker saying, “I’ve bought some [watches] for relatives and friends,” he adds. “And I’ve got my eye on a few more.” But even Caudill admits that, “Being in Detroit makes for good copy.”

And that it does. Shinola’s marketing is bursting with odes to “true American grit” and rhetorical questions like, “Why not let the rust and weeds finish what they started? Why not just embrace the era of disposability?” These questions have the charm of a sharp-suited ad man. The answer is implicit: because Shinola knows that innovation is still possible. Shinola doesn’t give up, just like your watch.

From an international standpoint, Shinola has perfectly cornered the look of American manufacturing. And they are far from the first one’s to do it. Companies like Ford, Timberland and Lucky Brand, all capitalize on this trope. America is leather, steel, denim. America is built to last.

But by locating in Detroit, Shinola took the motif too far. Their revivalist branding has invited loads of criticism, the most scathing of which stems from John Moy, Detroit native and founder of Four Pins, an independent style website for men. In On Shinola, Detroit’s Misguided White Knight, Moy bares everything that Shinola wishes you didn’t know. He nitpicks Shinola’s claims to a self-sustaining Detroit-based economy: their bike frames are welded in Wisconsin, pieces of their watches are shipped in from overseas, and their designers are all outsourced from other brands. But for Moy, Shinola’s greatest offense was profiting off of Detroit’s ruinous past.

Shinola’s marketing is easy fodder for teasing. Their promotional video resembles a cross between a tampon commercial and a senatorial campaign. White and mixed-race millenials jaunt around Detroit on multi-thousand dollar bicycles mingling with impeccably dressed black school children and old Motown singers. The Why Detroit? section of their website is riddled with grandiose paradoxes that echo the bravado and wisdom of college football coaches: “Our worst didn’t come when we were at our best. It happened when we thought good was good enough.”

Moy is outraged that Shinola offers wildly expensive products in a city whose per capita income is $14,000, but Shinola does not claim to sell to Detroiters. They are selling Detroit’s past as a luxury brand and people are buying it. Moy is right, Shinola is not a Detroit company; they are the “star child” of Bedrock Brands, a large conglomerate of mid-sized style tycoons. But this is not necessarily a bad thing. They know how to make money and they are doing it in Detroit.

Maybe because selling $50,000 vintage American flags in the poorest city in the country just feels mean.

Would we be this mad if Apple started producing products in Detroit? What about Nabisco? No, we want them to go there. The part of America that doesn’t think Detroit would be better off leveled and sprouting green beans is downright ecstatic about bringing any form of business back to Detroit. Everyone outside Detroit seems to have reached the consensus that for Detroit, the only place to go is up. So why is the Shinola headquarters getting so much flack? Maybe because selling $50,000 vintage American flags in the poorest city in the country just feels mean. Is Detroit better off for having a business like Shinola? Probably. But Shinola is not serving Detroit, it is not Detroit made, and it is not an agent for revitalization. Shinola is not wrong for choosing Detroit as their hub, in fact it has proven to be a brilliant marketing decision, but there is something sinister about setting up faux roots in a city that only recently was allowed autonomy over its own purse strings.

The problem with Shinola is that it tugs at our morals from both ends. On one side, an internationally recognized luxury company chose to headquarter itself in one of the most industry-starved cities in America. On the other hand, Shinola represents the most ugly realities of consumerism: they are profiting off the romance of poverty. There is no debating that in the Shinola fairytale, they are the heroes. And Detroit does not want to be saved.

Zoe Gould is a writer and educator in the great city of  Philadelphia.

Belt Magazine is a 501(c)(3) nonprofit organization. To support more independent writing and journalism made by and for the Rust Belt and greater Midwest, make a donation to Belt Magazine, or become a member starting at $5 per month.
FacebookTwitterLinkedInRedditEmail