Editor’s Note: Eric Boyd’s profile of Jimmy Cvetic, Pittsburgh’s legendary boxing trainer, ex-police officer, and poet, was originally published by Belt Magazine in September 2014. Cvetic, who had been living with cancer for several years, passed away this past weekend at the age of sixty-nine. Boyd has this short remembrance:

The last time I talked to Jimmy Cvetic, he pitched me on a new story. Not one about him, of course (he understood that any story about his work would have to include him, but the process made him uncomfortable). He wanted to do a piece about a program he was working with to help kids in the area. This was smack in the middle of Jimmy’s battle with cancer. He was thinner, his skin looked like paper. However, telling me about the new program, his voice expressed none of this. He sounded fine. He sounded like a man who had work to do. And he did, right up till the end.

The final time I saw Jimmy Cvetic, I was dropping off a roll of film to develop at Pittsburgh’s Monroeville Mall. Near the photo lab I saw Jimmy inside his WPAL (Western Pennsylvania Police Athletic League) office, which was closed at the time, its big roll-down cage blocking entrance. This was after Christmas, fresh off of Jimmy’s annual “Stuff a Store” event, during which the WPAL space was filled with donated presents, which were then given to local police to hand out in their neighborhoods.

I stood there watching Jimmy shuffling through the office. It looked like he was taking some sort of inventory, maybe seeing exactly how much he was able to give away that year. Every year, he gave away as much as he could. 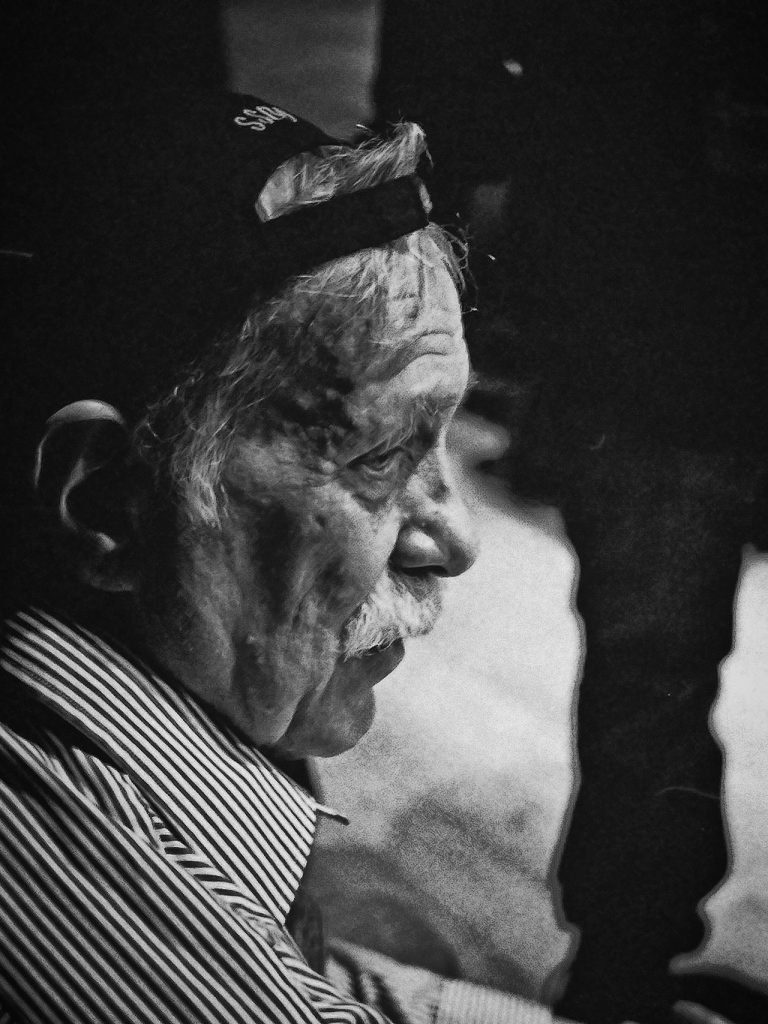 A recent picture of Jimmy Cvetic. Photo by Eric Boyd.

Eric Boyd is a Pittsburgh, PA-based writer. His blog is can be viewed at Eric-Boyd.com.

This story was made possible by Belt members. To support more independent writing and journalism made by and for the Rust Belt and greater Midwest, make a tax-deductible donation to Belt Magazine, or become a member starting at $5 per month.