Roger Ebert And The Multicultural Passkey Of The Midwest

Shortly after he graduated from the University of Illinois at Urbana-Champaign in 1964, Roger Ebert left his native Urbana for a yearlong postgrad fellowship in Cape Town, South Africa. If he experienced a nanosecond of culture shock during the trip, he never let on. In his 2011 memoir, Life Itself, he recalls reveling in the simple comforts of his 150-square-foot room, appointed only with a bed, dresser, lamp, wardrobe, mirror, and (full) bookcases. “What more do I actually need?” he wrote in his diary. Shortly after moving in, the budding film critic decided to take in a movie at an apartheid-era theater that wasn’t supposed to let a white man like him in. The owner, upon hearing Ebert’s accent, was charmed: “An American! You don’t know any better!”

Except, I think, Ebert always did know better — he just didn’t care to play roles that others assigned him. He dated a black woman in South Africa at a time when both of them could’ve been jailed for doing so; he walked London streets and enjoyed their pubs like a native, informed by stacks of books; he navigated the bridges of Venice well enough to find the small café where he could enjoy a bit of privacy. He made himself at home wherever he went, a pastime he called “Being by Myself in a City Where No One Knows Who I Am and No One Knows Where to Find Me. I have such places in many cities: London, of course, Paris, Rome, Stockholm, Edinburgh, Cape Town, Cannes.” 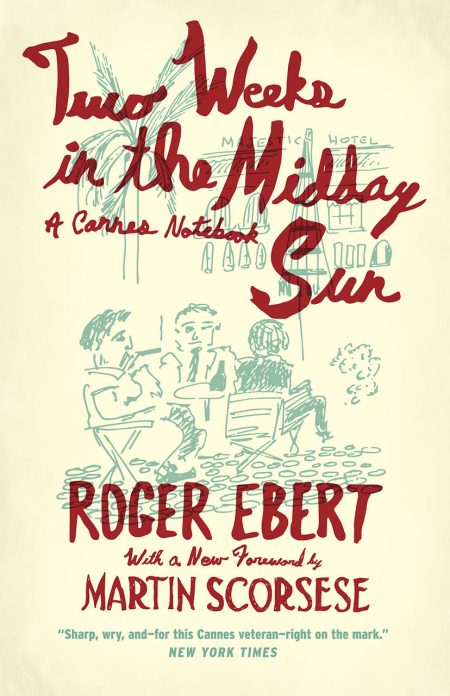 This isn’t the Midwestern-boy-makes-good narrative as we know it, but it’s one that deserves telling more often. Ebert was a kid from Urbana, in the heart of the Midwest, but he never presented his heartland roots as equivalent to being any kind of a rube. Quite the opposite, actually. He joked that California’s In-N-Out Burger could never measure up to his hometown chain, Steak ‘n Shake: “The very names of the two chains describe the difference in styles of sexual intercourse between California and the Heartland.” For Ebert, being a central Illinoisan wasn’t a shortcoming but a kind of multicultural passkey — because he had no Old World or coastal baggage to lug around, he was free to sidle his way into any community he wanted.

And he sidled into a whole bunch of them. Case in point: his 1987 book, Two Weeks in the Midday Sun: A Cannes Notebook, recently reissued by the University of Chicago Press. The book is a lighthearted trip through the 1987 festival, filled with celebrity interviews, casual encounters, and general commentary about the film and film-reviewing industry. The mood is lightened even further by his endearing quickie sketches of celebs and locals interspersed throughout the text. Ebert wasn’t much of a draftsman — Princess Diana never looked more boxy and tanklike than in Ebert’s hands. But he loved drawing, loved writing, and loved movies, and all of that is consistently, entertainingly present on the page.

Here’s the thing, though: Tucked amid all that lighthearted traipsing through a French film festival is also a fairly serious and deliberate study of brows high, low, and middle — and Ebert’s appreciation of all three. He’s as comfortable talking with up-and-coming-serious actor John Malkovich as he is Dee Williams, best known for wearing skimpy outfits on red carpets and starring in Beyond the Valley of the Dolls (1970), the druggy, jiggly Russ Meyer romp that Ebert cowrote. He’s as eager to sit down with Elvira, Mistress of the Dark, as Faye Dunaway. He contemplates Fellini’s late-career shortcomings yet passes the time flipping though trade mags on his annual hunt for “an exploitation movie with a title to equal to Blood-Sucking Monkeys of Forest Lawn.” (Surf Nazis Must Die, Assault of the Killer Bimbos, and Space Sluts in the Slammer were on the market, so it was a good year for Ebert at Cannes.) 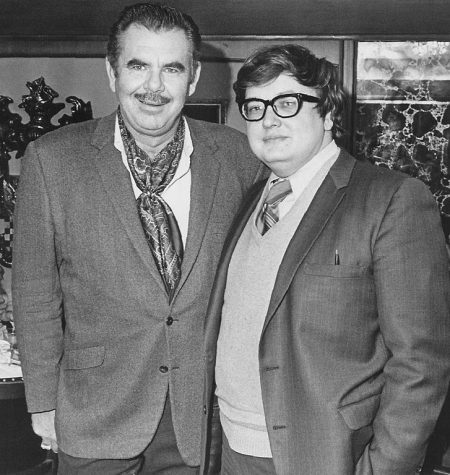 Ebert was a critic with strong opinions — he once filled a whole book of reviews with the title I Hated, Hated, Hated This Movie. But one thing Two Weeks clarifies is that snark was never his stock in trade. Even when he’s pointing out the foibles of the people around him, he approaches them more with the wide-eyed bemusement of a reporter than the gotcha zingers of a takedown artist. (How else were you going to get invited back and witness more foibles?) He spots a cake honoring Amy Irving that looks suspiciously like one he’d seen a half-hour earlier, bemused by the artificial cake-chassis bakers have recycling to give a false impression of size. Post-screening Q&A’s are predictable for a vet like him, but he admires the spectacle: “at least one political speech, one job application, one attempt at shameless flattery of the subject, and one completely insane remark that no one can understand.”

And the hero of Two Weeks in the Midday Sun, to the extent it has one, is Menahem Golan, co-owner of Cannon Films, a distributor with a kitchen-sink approach to quality: in 1987 it was slinging prestige films like Shy People and Barfly alongside trash like Death Wish 4. “Perhaps people wonder how the same company could remake King Solomon’s Mines and film Verdi’s Otello in the same year.” But Ebert appreciates somebody who can play both sides of the aisle — if Golan’s trafficking in grade-Z crap hurts his chances at a Palme d’Or, “it is arguably true that Golan is the only major financier in the film industry who would have lunch with Godard, and one of the few likely to know his name.”

Ebert writes like a person who was raised to think twice about assuming too much about people different from him; he forgives a lot of bluster from Golan as well as Norman Mailer and Charles Bukowski. The only kind of person who sets off his Midwestern mind-your-manners attitude and full-bore contempt is somebody who occupies the same class and cultural perch he’s occupying: A French critic who sits next to him at a screening and deploys a distracting penlight. A verbal melee ensues: 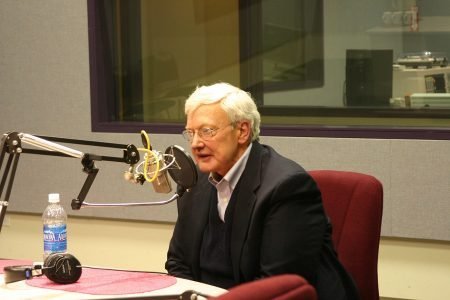 “How would you like it if I flashed a light in your eyes during the movie?”

At least Ebert gets a joke out of it, sketching a scruffy comic that ends with “Zee moral: Eef ze French were not blinded by their flashlights, maybe they’d have a different opinion of Jerry Lewis?”

When Ebert isn’t writing about movies in Two Weeks in the Midday Sun, he’s usually writing about his daily routine, which can get fussy: the particular café he goes to get coffee, the particular papers he picks up, the particular place he sits, his semiserious personal Blood-Sucking Monkeys competition. Yet this feels less persnickety and antisocial than meditative, an Illinoisan GPS-ing himself in another new place before he prepares to navigate it. In Life Itself, he notes that one passage from Midday Sun about that moment is often quoted back to him:

Suddenly I was filled with an enormous happiness, such a feeling as comes only once or twice a year, and focuses all the attention inward on the most momentous feeling of joy, on the sense that in this moment everything is in harmony. I sat very still. I was alone at a table in a square where no one I knew was likely to come, in a land where I did not speak the language, in a place where, for the moment, I could not be found. I was like a spirit returned from another world. All the people around me carried on their lives, sold their strawberries and called for their children, and my presence there made not the slightest difference to them. I was invisible. I would leave no trace in this square, except for the few francs I would hand to the cafe owner, who would throw them in a dish with hundreds of other coins.

Witness everything you can, but don’t try to press yourself too much upon your circumstances. Ebert never proved himself more Midwestern than when he got out of the Midwest — when he was Being by Himself in a City Where No One Knew Who He Was and No One Knew Where to Find Him.

___
Mark Athitakis has written on books for many publications. He lives in Phoenix but grew up in Chicago. His Reading the Midwest column appears monthly in Belt, and he is working on a book, The New Midwestern Canon to be published by Belt Publishing, December 2016.