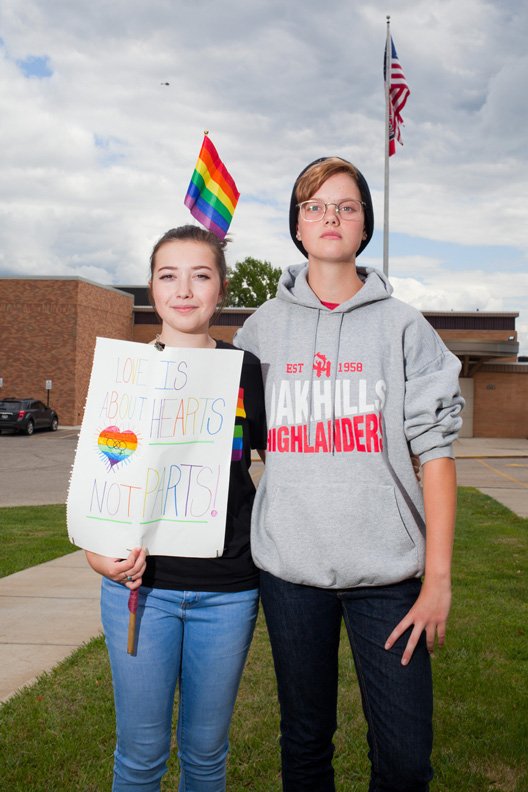 Says MacLean, “Members of Westboro Baptist Church came out to protest an LGBTQ group at the high school. There were only 3 people from Westboro. But the number of people counter-protesting were 100 to 150 people — parents and kids. It was kind of funny how dwarfed the Westboro people were by the people there to oppose them.”

Resisters of the Rust Belt: A photo essay by Garrett MacLean