These profiles tell the story of “Rust Belt Refugees” — former residents of the Rust Belt who have for one reason or another moved on to different parts of the country. This is part of an ongoing series — For previous installments of Rust Belt Refugees see: https://beltmag.com/tag/refugees/ 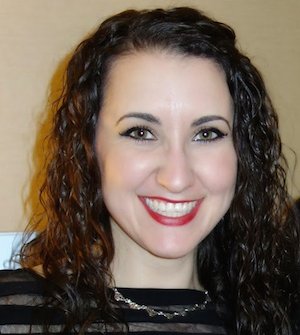 Why did you leave?
I left because my boyfriend (now husband) got a job in Green Bay, WI. By the time I left, I’d secured a copywriter position in Green Bay.

What do you miss about your hometown?
I miss the people. It’s not just being in a different place thousands of miles away, either. It’s the kindness, the warmth, the humor, the “sure, we can do it!” attitude I miss. I think when you’re born and raised in Cleveland, you learn from the start that life is better when you work as a team and life is a lot easier when you can laugh at yourself. I mean, come on, every season, regardless of what logic and reason says, our team is going to win it all. Even when the season starts to go terribly, we don’t lose hope. Sure, we’re not going to win it all, but hey, we could go for being over .500! If it’s going really poorly, hey, we’re going to have a great draft position! I guess coming from Cleveland, you’re aware that you’re the butt of a lot of jokes, deserved or not, so we end up making the jokes ourselves, all the while believing that it’ll get better and working hard to make sure that happens. Shit, we know better than anyone that no one is going to give you anything. You have to work.

Do you think about ever returning?/What would it take for you to return home?
I think about going home quite a bit, but not as much as I did when I first left. The Seattle area is full of professional opportunities and endless choices for food and entertainment. It’s not Cleveland, though. People tend to keep to themselves and take life a lot more seriously.

At this point, the only thing keeping my husband and me in the Seattle area and not in Cleveland is the job market. I keep an eye on the jobs available in the area and in the last two years, nothing has really popped up. Frankly, it’s heartbreaking. The city I so deeply love does not seem to have the economy to support the kind of jobs we need. I don’t want to be part of the “brain drain”,  I want to be part of why Cleveland continues to flourish. We’ll see what happens in the next few years, I guess. 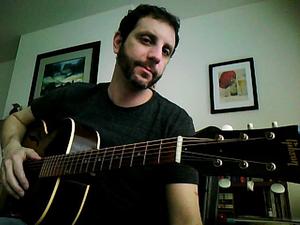 When did you leave?
My wife and I moved to Seattle in September of 2010.

Why did you leave?
We had wanted to move away from Cleveland for a long time because the weather is awful, and the economy had been in a downward spiral. It was also our desire to get out into the world — we didn’t want to live our entire lives within a few miles of where we were born. When the Seattle opportunity arose for a new position in my wife’s company, we jumped on it.

What do you miss about your hometown?
I miss almost nothing about the city itself, but we miss the people. It’s very difficult to move away from a lifetime of family and friends.

Do you think about ever returning?/What would it take for you to return home?
It’s possible that we may return someday. We still own a home there, so we have discussed moving back when we retire, but we truly love Seattle and would like to stay as long as possible. 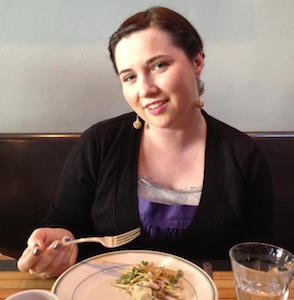 When did you leave?
After Kalamazoo’s great snow-in of 2002, I packed my bags for California.

Why did you leave?
I had an interest in the literary arts community on the west coast.

What do you miss about your hometown?
I have the luxury of returning pretty frequently to spend time with friends and family, (though it’s never enough time). Each visit home, I see an entrepreneurial spirit and a sense of true community building that was only in its infancy in my young adulthood. It’s exciting to see a vibrant and thriving downtown in what was once dismissed for strip malls and sprawl. This sense of rebuilding Flint, one brick at a time (literally, redoing the historic brick) and inviting guests and residents back to the center of what was once a bustling “Vehicle City” with national-draw events like Back to the Bricks is a true testament to honoring the city’s roots and creating experiences among historically relevant neighborhoods with modern amenities.

On my last visit home, I had the opportunity to visit the new Farmers’ Market a few times, and it’s a world-class market. There are over 70 local purveyors — everything from fresh pressed juice to sushi hand rolls to the best tacos in town.

What would it take for you to return home?
I’m home all of the time — In spirit, it’s like my hometown is still my second home. I joke that I vacation in Flint, MI and that it costs more for me than a visit to Hawaii (which is true!)

I’m excited to be helping out as the Development Chair for Flint Local 432, an all ages, nonprofit, substance-free music venue and community organization in downtown Flint. 432 is near and dear to my heart, because my high school punk band played there. I also performed spoken word poetry there as a teen, finding my voice as a writer, and it’s incredible that they’re coming up on their 30th anniversary. It’s a thrill to help support an organization that wants rap battlers and punk rockers to find their voices and to teach youth tangible tech and engineering skills under the veneer of musical heroes. Working at 432 as a teen helped me get a job at my college radio station, and that in turn, got me into the nonprofit space, launching my career. It’s funny to think that a bottle of Manic Panic and a bunch of punk rock kids helped me find my way to community organizing and advocacy, but it did and it’s my turn to support my origins.

It’s no secret that Flint is economically challenged, and everyone loves to toss around violent crime rate stats per capita — but, the Flint I see is one in which neighbors are invested in one other and people have a stronger sense of community than many other places. Perhaps the environment lends to a toughness; a willingness to work and a determination to not only survive, but also thrive that I see in pals my age. Certainly, the economic crisis of 2008 (crashing down on decades of economic decline) is still felt in my hometown, and a single-state Depression contributed to backsliding of jobs and benefits. From this, I see not a disaffected youth, but a mission-driven community geared to check on elderly neighbors and pals during a snowstorm, or make an extra pan of lasagna for a latchkey kid down the block. In large cities, this interpersonal connectedness can be lost wearing headphones on the bus and refusing to make eye contact on the sidewalk. I have to say, my ‘hood, Bernal Heights, in San Francisco, is a special exception, where even in a big city, it feels more connected. I feel lucky and rooted here. One foot will always be at the corner of Robert T. Longway Blvd. and Franklin Streets for me and the other, well, here at the Pacific Ocean.