Belt sat down with decorated poet Rochelle Hurt to talk about her recent collection of prose-poetry, The Rusted City, published by Buffalo-based White Pine Press earlier this year. The Rusted City follows the life of a family struggling to survive in a city crumbling under the weight of joblessness and loss of industry. Haunting and heartbreaking, The Rusted City is at once a devastating journey into Hurt’s memory and a thorough investigation into the soul of the Rust Belt.

BELT: First off, where are you from?

Rochelle Hurt: I was born in Dayton, Ohio, but raised mostly in Youngstown. I live in Cincinnati now.

BELT: How has growing up in a Rust Belt city impacted you and your work?

Hurt: I think we often link our identities to our regional origins, so growing up in a place that is devalued as economically or culturally depressed can make one feel like a bit of an underdog. I like to think that, as a result, I have a healthy need to prove myself — and my home — to the world. I also think that spending childhood (a time of rapid growth) in the aftermath of a city’s industrial decline has given me an affinity for paradox. I don’t have much interest in things that are merely pleasant, safe, or comfortable, nor do I like things that are entirely bleak or hopeless. I’m more interested in how light and dark images mingle, and I hope that comes through in my work.

BELT: When and how did you decide to write The Rusted City?

Hurt: It wasn’t until I moved to North Carolina for graduate school in 2008 that I started to write about Ohio. I needed some distance in order to find an entry point, but I actually found that point during a visit home. At the time, I was reading lots of surrealist poetry and magical realist fiction, and I suddenly realized how surreal the Rust Belt must seem to an outsider. There are these remnants of a grand past all around us (music halls, theaters, mansions) but they’re abandoned, hollowed out, dilapidated, and overgrown with nature. It’s a strange mix of past and present, grandeur and grit. Using elements of surrealism and magic seemed like the best way for me to write a place like Youngstown into something new. A mythical approach allowed for this more than a documentary style would have, which is why I chose to call my city simply ‘The Rusted City’ and not Youngstown.

BELT: Can you describe the experience of writing a book about your hometown?

Hurt: It was a lot of fun at first, especially since the mythical city I was imagining was not exactly Youngstown — that allowed the creative process to take place without interference from factual history. Once the first draft of the book was finished, however, I felt a bit guilty about taking liberties with my city’s history — and with my own memories. The book is largely inspired by my various childhood memories, but it’s not autobiographical. I suppose I see it now as a complicated homage. 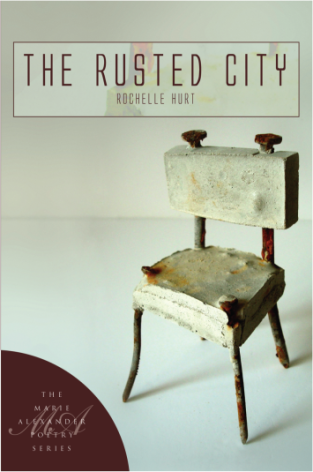 BELT: Many of your poems begin with the phrase, “In the Century of…” Where did this motif come from? How does it serve to mark time throughout the book?

Hurt: The poems in this sequence are meant to provide an alternative history for the city, so they appear in order, with the events of one poem’s century affecting the events of the next as in a set of dominoes. I devoted two of the book’s five sections to this sequence, so it’s broken in half by the narrative of the family living in the city (which makes up the other three sections). I wanted to draw parallels between the family’s specific struggle and the city’s collective perils.

Using “In the Century of” was my way of avoiding the constraints of literal time, which seem irrelevant to history in terms of how it’s told between family members and how it affects the lives of individuals. When history is remembered through our own experiences, it always gets warped and mythologized. There are so many centuries in this book that by the end, the city is thousands of years old. In this way it becomes larger than real life.

BELT: The poems in The Rusted City seem to center around Ohio, but are left open enough to include other cities throughout the Rust Belt. What are some similarities you can see across Rust Belt cities?

Hurt: Obviously there is a shared history of industrial and economic decline as well as population loss, but I think that situation also creates a shared sensibility in Rust Belt residents. Movements to reinvigorate urban areas of Cleveland, Detroit, Buffalo, and other cities all tend to exhibit a tone of defensiveness, which is necessary when so many factors (like economics, politics, and cultural misconceptions) are working against them.

I also think that young people in Rust Belt cities are invested in history in a way that young people in other places might not be. History is always looming in empty houses and abandoned factories, so we’re always reminded of how great our cities were — and how great they could be again, since the space and structures are already there, waiting to be reclaimed. I always feel a conflicting sense of simultaneous despair and hope in Rust Belt cities, and I think this is what makes them so compelling.

BELT: In the Cincinnati Review, you explained how the Rust Belt acts as a “funhouse mirror” for its residents, often distorting. Is there a Rust Belt mentality? How did you incorporate this mirroring effect into The Rusted City?

Hurt: The natural warping of history that I mentioned above may be particularly pronounced in the Rust Belt, given that odd comingling of past and present in the atmosphere. This undoubtedly affects the way that residents view their own places in history, though of course this manifests differently in everyone. There is a strong link between characters and setting in The Rusted City because the two forces — people and place — affect each other profoundly. Certain images of decay return in different forms throughout the book, changing depending on where they appear in the context of the family’s narrative. Rust is reincarnated in different parts of their bodies, for example, so that they actually physiologically merge with the city. This technique was a metaphoric interpretation of that intrinsic link between self and setting, and of the ways in which we are beholden to place — emotionally, financially, historically.

BELT: Your poems do a wonderful job of transforming a city’s decay into beauty without romanticizing the image of America’s failed industrialism. How does The Rusted City set itself apart from other works that exploit or generalize the Rust Belt experience? 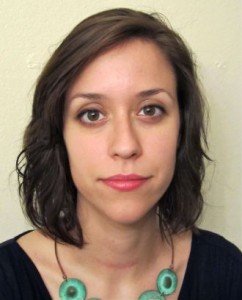 Hurt: Urban renewal narratives are great, but sometimes they can gloss over the very real problems that still exist in Rust Belt cities. Likewise, nostalgia narratives often overlook the possibilities that these cities offer in a contemporary context. Thus, I felt it was important to write about a Rust Belt city without glorifying urban ruin or falling into nostalgia for the good old days of industry. I was born into decline, so those days were never a part of my life. In the book, I wanted to imagine a world in a miraculous return to the past wasn’t even an option — a world already made from the rust.

I encourage readers to view the city at an angle — that is, through metaphor. I think this prevents oversimplification. The metaphoric mergers between the characters and the city’s decay prevent the Rust Belt setting from being reduced to a romantic or dramatic backdrop; these characters are their city. Likewise, the city itself is a character in the book, rather than a simple prop.

BELT: In your poem “The City Opens” the smallest sister collects rubble from the river and “begins to build herself a home from them.” She finds walls, rooms, homes: “a new city birthed form the refuse.” For me, this passage rings hopeful. What are your hopes for Rust Belt cities like Dayton and Youngstown? In your opinion, where are they headed?

Hurt: The Rusted City does not have a totally happy ending — it’s intentionally ambiguous, and to be honest, I think the future of the Rust Belt is a bit ambiguous. While I do have hope for current revitalization efforts, I hesitate to simply say: “We’re all going to be great again!” Poverty is a deep-seated problem in these places, and one that’s not easily overcome through positivity. We can’t forget about our problems and what led to our decline in the first place (bad business practices, irresponsible politics, and environmental degradation, to name a few). Rebuilding is happening, but it’s happening with the scraps of the past, so it’s important to remember that these aren’t going to be glossy new cities, nor are they going to be replicas of their former selves. If anything, they will be smaller and less stable than they were half a century ago, but perhaps that will lead to a more humble and sustainable model for urban development.

BELT: Would you consider staying in Ohio, or anywhere in the Rust Belt, permanently?

Hurt: Yes — there are plenty of great things happening in the Rust Belt, and my family is still here. I’m not sure if job prospects will allow me to live in Ohio permanently, but I’m here for now.

BELT: What are you working on now?

Hurt: I’m in a PhD program in English & Creative Writing at the University of Cincinnati. That keeps me pretty busy, but I’m also working on a second collection of poems, which is stylistically different from The Rusted City, but similarly focused on place.

—
The Rusted City is available for purchase via White Pine Press, SPD, or Amazon.

Zoe Gould is a writer and educator in the great city of Philadelphia.