In 1956 the theater was remodeled by new owners. Short Vincent, a street only one block in length between E. 9th and E. 6th, where the Roxy was located, became a center of Cleveland nightlife — a gathering place for gamblers, sport figures. racketeers, lawyers, and newspapermen. Offering good food and underworld gossip, Short Vincent became the place to be for some and the place to play for others.

As times changed, however, live shows dropped in popularity and the Short Vincent area became known more for X-rated movies and strip shows. During those years the Roxy changed hands again and a bomb destroyed the lobby. In 1977, after years of bad management and in disrepair, the Roxy closed its doors forever. As the other clubs along Short Vincent slowly shut as well, the once-vibrant block went silent. The buildings on the street were later razed to erect a 35-story skyscraper that now houses PNC bank.

Over the last several years Bella Sin, Cleveland’s “Burlesque Queen” (an honor bestowed by Mayor Frank Jackson), has been instrumental in reviving burlesque in Cleveland, staging monthly performances and a three-day international show each year in August. She has also been raising funds to put in a historical marker at the location where the Roxy once stood. Part of that fundraising includes a yearly show that she stages with her troupe Le Femme Mystique Burlesque at the Beachland Ballroom.

This year was the fifth for her “Roxy Remembered” event, which took place Saturday, May 23. Belt photographer Bob Perkoski captures the evening here with images from the show as well as backstage candids and vintage photos from the Roxy’s past. As a special feature the show also included 1960’s burlesque performer Toni Elling, a Detroit legend, who was on hand to receive a special recognition certificate signed by Mayor Frank Jackson.

So sit back, learn a little Cleveland history, get lost in the rhinestones and tassels and enjoy the show! 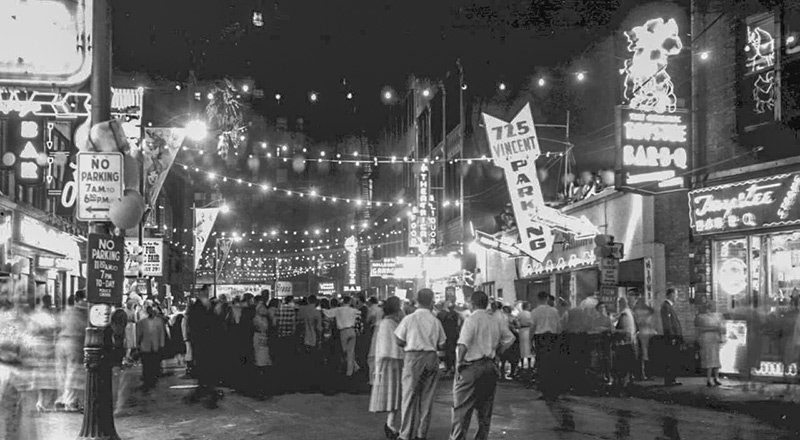