On being asked to list the best literary works produced by the Midwest and Rust Belt this year, I found myself wondering — as writers about this region love to do — what boundaries were and weren’t implied by the categories “Midwest” and “Rust Belt?” Which of the year’s best books would I have to leave out? Since David Graeber and David Wengrow’s history of civilization was titled The Dawn of Everything, and “everything” includes the Rust Belt, could it count? Was Roberto Calasso’s study of the Torah, The Book of All Books, a “Midwest” book in the sense that lots of Midwesterners like the Bible? At one point I combed back through Jackie Ess’s Darryl, my favorite novel of 2021, to see whether any of the characters had Midwest connections. (Alas, no. It’s all Oregon this and Nevada that.)

But if the boundaries of the two categories are fuzzy, they still exist. And when it comes to books, the Midwest and Rust Belt held their own this year. These books are excellent in such a variety of ways that one can’t really rank them, so I’m giving them in alphabetical order by author instead. 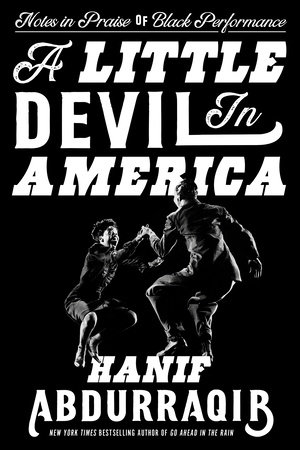 Hanif Abdurraqib, A Little Devil in America: Notes in Praise of Black Performance

Erudition and heart combine in this excellent study of Black performance traditions from the eminent poet and critic. The book’s extended appreciations of such Midwest culture heroes as Don Cornelius and Aretha Franklin would make it an important contribution to the region’s literature, even if Abdurraqib had not layered in his own recollections of growing up in Columbus. 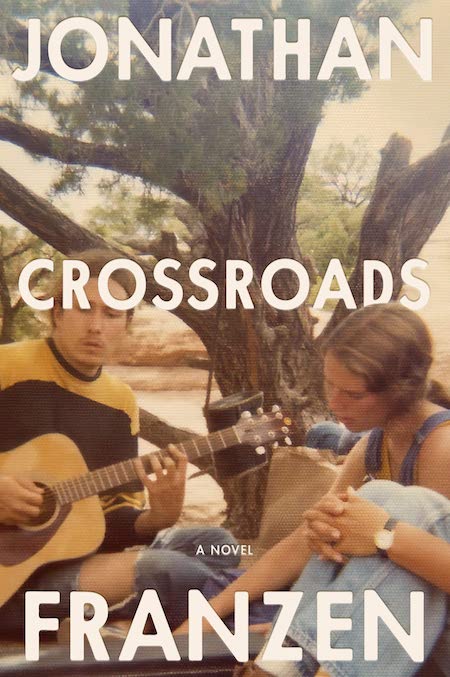 I know, I know — how boring is it to put Johnathan Franzen on your best-of-the-year list? How predictable of him, to write yet another realistic/satirical study of a Midwestern family in crisis — in this case it’s a leftist Illinois pastor, his neglected wife, and the children, who each illustrate very particular and convincing variations on the condition known as “pastor’s kid syndrome.”

How seemingly inevitable that I rolled my eyes at the book description, got lured in by the pre-publication excerpts, and read the book in a single weekend, with my heart in my mouth. It’s Freedom all over again, except that this is a much better novel, a study of the difference between living and dead faith in which Franzen extends his sympathies and his range — and the reader’s as well. 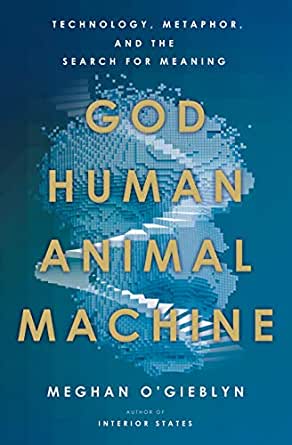 As it begins, O’Gieblyn’s book seems like it’s going to be a cerebral memoir about a Midwestern Moody Bible Institute graduate who loses her faith and embraces science. If you’re already seeing some problems with that simple dichotomy, O’Gieblyn is way ahead of you — what isn’t she way ahead of? The book turns into an extended meditation on the inadequacy of every attempt to understand what people are, what consciousness is, and where (if anywhere) enchantment comes from. Every seeming solution turns into a mirage in this real-life Philip K. Dick novel by one of the region’s — and the era’s — finest working writers. 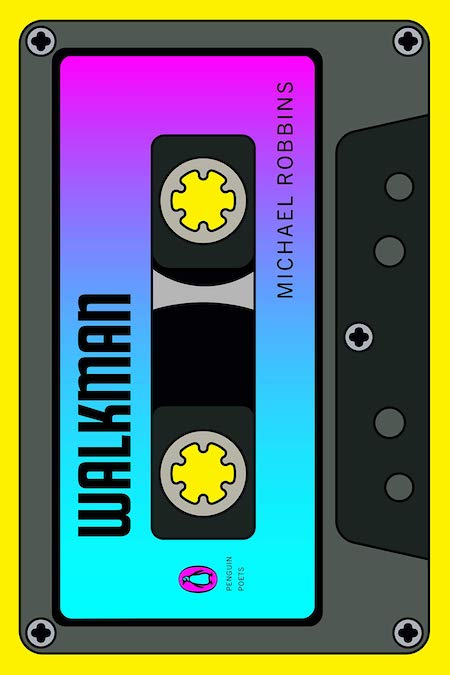 Robbins’s most recent book seems like a sharp turn away from the densely referential, Ezra Pound-meets-DJ Premier poems that made him famous. The allusions and slightly retuned quotes in these poems come along slowly enough that I actually have time to sort them out before I encounter the next one, as wasn’t generally the case with the verbal collages of Alien v. Predator (2013) and The Second Sex (2016). Moreover, the lines that make up many of these poems seem to describe reveries that might have occurred to, or even events that might have transpired in the life of, an actual person, whom one might risk identifying with the Topeka-born Robbins. These poems moved me even more deeply than his early work, even as they question the point of their own existence in a collapsing society. 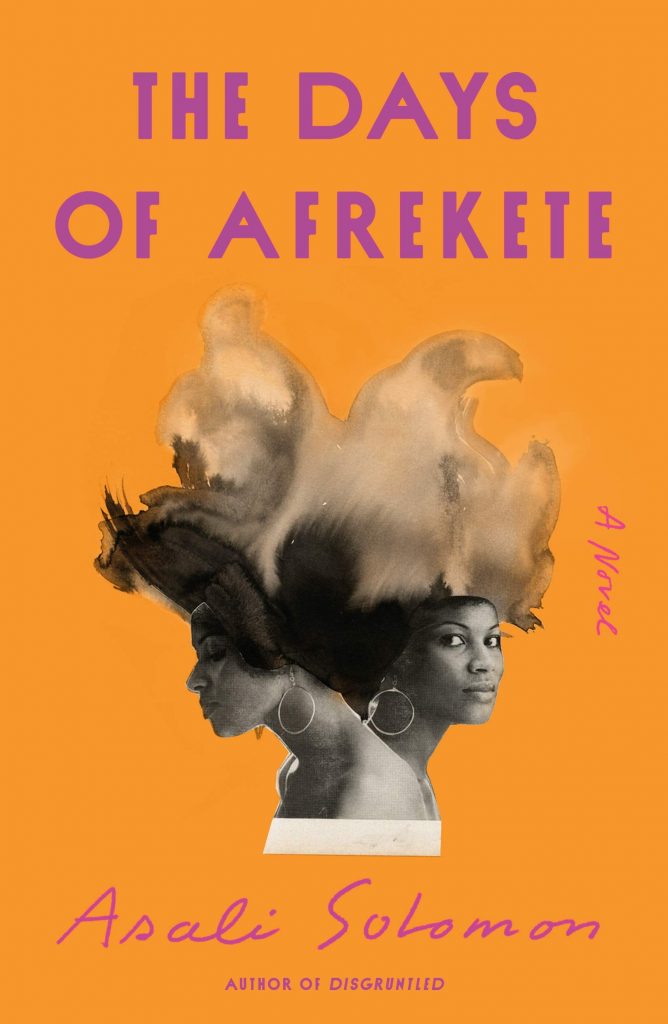 Asali Solomon, The Days of Afrekete

Solomon follows up her brilliantly funny Philadelphia bildungsroman Disgruntled (2015) with another novel firmly set in that city’s milieu of racist oppression, political corruption, and so-radical-it-forgets-what-it’s-being-radical-about activism. In this case, we follow the quick disintegration of a former radical’s marriage to a failed politico after a dinner party. (Reverend Chris gets all the best lines.) 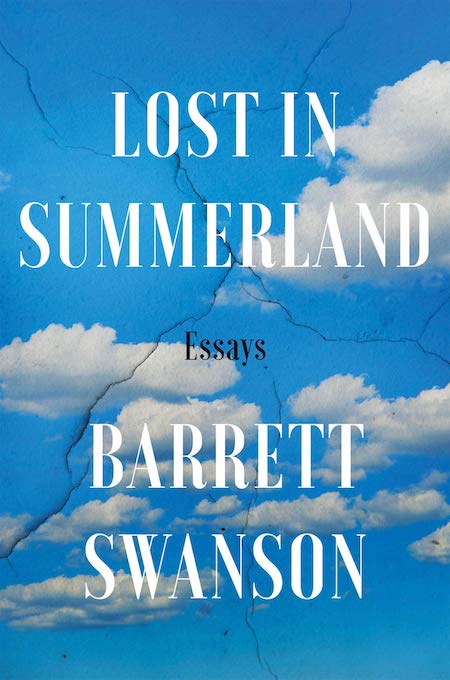 Barrett Swanson is a very interesting man, to whom lots of very interesting things have happened, who doesn’t think he’s interesting — for me, that’s the ideal combination for an essayist. His brother sustains brain damage in a fight and begins to see ghosts; the two of them together attend a gathering of occultists. His best friend dies, and he is drawn into an Internet conspiracy theory positing a “smiley-face killer” who targets college-age men. He visits an organic farm founded by anti-war veterans, a West Wing fan convention, and one of those insane men’s retreats.

The book ranges widely, but a lot of the essays end up examining toxic masculinity from the perspective of a guy who is charismatic and good at football — which is a much more revealing viewpoint from which to examine toxic masculinity than the one I am stuck with, where you were never athletic enough to qualify for its rewards anyway. Swanson is married to Meghan O’Gieblyn, and it adds a bit to the fun of both their books to see these fine writers making cameos in each others’ work. ■