Throughout her life, Wolf corresponded with the winners and jury but did not often meet or talk with them. Besides getting a check, the winners were announced in The Saturday Review. There was no public ceremony through the 1950s, according to Thomson. A sidebar in a 1963 article in the Saturday Review suggests an annual awards ceremony was held at some point, but Wolf did not attend “on the ground that she might seem to putting herself forward too much.” Sometimes articles about winners appeared in The New York Times. For the most part, however, it seems the award was not discussed much locally or in literary circles.

‘I would like the world to think about it more’

As early as the 1940s, Wolf, the jurors and at least one winning author were already worrying that the award was too obscure.

“I think that the Award and the soul behind it has not been sufficiently publicized,” 1942 winner Zora Neale Hurston wrote to Wolf. “Good will towards men is not popular enough. I would like the world to think about it more. Not because I am a Negro. I feel my race perhaps less than anyone in America. I speak as a human being. Everybody could like each other better and not hurt a thing.” 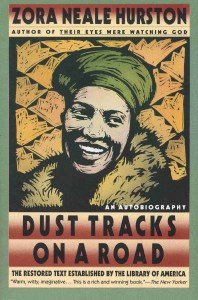 The amount of the award increased to $1,500 after Wolf’s death, then to $3,000 in 1984. But that did little to widen its reknown. In 1985, when Long was a reporter at The Plain Dealer, she began a story with “The Anisfield-Book Award turned 50 yesterday, honoring two authors who had never heard of it.”

In 1995, former Cleveland Foundation president Steven A. Minter asked Hahn to meet with longtime jury chair Ashley Montagu, who was in his 90s and in poor health, to discuss a successor. Hahn says their choice was clear: Henry Louis Gates, Jr., the dynamic Harvard professor, author and scholar of African and African-American history. Gates was a past winner of the award and had served on the jury. Hahn said Gates vowed to improve the award’s visibility.

In 1996, Hahn invited 100 people from the arts community to The City Club of Cleveland to hear Gates talk about the award. Eighty-eight came; only one or two had heard about the award prior to the speech.

Among that first group, “there was a tremendous amount of interest,” Hahn recalls. She, Gates and the Cleveland Foundation wanted to plan a bigger celebration for 1997. Hahn was charged with planning an event befitting the spirit and importance of the award, without being depressing, pompous, or divisive. It was a tall task considering that in the preceding decades, the award had honored writers of difficult, global, hard-to-talk about topics: apartheid in South Africa, genocide in Europe, injustices perpetrated against American Indians, Japanese Americans, Puerto Ricans, Mexican Americans, blacks and Jews.

The answer was a free, public celebration at the library where the honorees read from their works. It drew 257 people.

Finally, the award was getting some attention. “It didn’t take but a year and we got it,” Hahn says.

Since he took the helm, Gates has retained a jury of authors and scholars who are among the best known in their fields. For the past several years, the four other jurors have been former U.S. Poet Laureate Rita Dove, psychologist Steven Pinker, author Joyce Carol Oates and historian Simon Schama. Gates personally calls the winners and requires them to attend the Cleveland event. He also created a lifetime achievement award — this year’s goes to Nigerian writer Wole Soyinka, the first African to win the Nobel Prize for Literature, in 1986.

But the award still doesn’t get regular acknowledgement in local or national media. In 2006, O: The Oprah Magazine called it “the coolest award you’ve never heard of.”

The clunky, hard-to-remember name didn’t ring a bell with Ron Charles, deputy editor for the Washington Post book section. “I see announcements every week about awards I haven’t heard of,” he said.

After a brief chat, however, he remembered writing a short piece in April about the 2013 winners.

Book awards devoted to specific causes, such as peace or military history, tend to get less media attention than general book prizes, Charles says. It also helps if the book prize is based in New York, and the winners are very famous.

“Look at it from the point of view of an editor at a literary arts page of a newspaper or a magazine,” Charles says. “They have 400 wire stories to choose from. Obviously they’re going to pick ones their readers have some relationship to, some knowledge of.”

But at least one group — publishers — is apparently paying attention, doing more to promote their winners every year, says Long. Since the mid-90s, the number of submissions has grown from around 40 to more than 400 in 2013. [blocktext align=”left”]A consultant once suggested changing the award’s name to something more catchy.[/blocktext]

And the annual awards ceremony at the Ohio Theater in Playhouse Square now “sells out.” (It’s free, but you have to call early to secure tickets.)  In 2012, Arnold Rampersad, winner of the Anisfield-Wolf Lifetime Achievement Award, turned to Long, impressed that a literary event could sell out a theater, and asked with awe and genuine curiosity, “What’s going on in Cleveland?”

For Hahn, a highlight of shepherding the awards for so long has been “watching Cleveland become aware of one of the more significant contributions it has made to the cultural life of this country, one of which it was not aware of at all.”

A consultant once suggested changing the award’s name to something more catchy. Long won’t entertain that idea. Instead, she’s taking the winning works to library-sponsored book clubs and speaking engagements. She promoted the awards at BookExpo America this year. And she’s working with schools and community partners, including the Cleveland Public Library to make the collection more of a destination spot — or even take it on the road.

The authors and stewards of the award seem to have a deep, contagious passion for its mission. Long wants to wake up Cleveland — and the entire literary world — to it. Most winners make themselves available for interviews. Even the librarian Kelly Ross Brown dreams of building an Anisfield-Wolf archive.

Even though the subjects of Anisfield-Wolf winners are not fairy tales like their neighbors in the library’s Treasure Room, they have something in common with them: heroes, villains and struggle. Through fairy tales, we teach young children what they’re up against in the world and how to think and act to thrive. We teach values through story. Anisfield-Wolf winners do the same thing for those fairy tales can no longer reach.

In 1959, Thomson wrote, “In the Anisfield-Wolf Award books there is recognition of a shrinking world, of the importance of universal values, and of the urgent need for understanding between the various ethnic groups of the world if they are to achieve peace.” 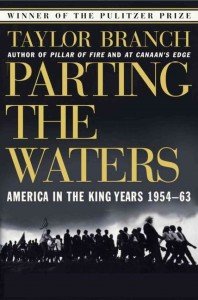 Whereas Hahn brought to Anisfield-Wolf a decade of experience chairing the Cleveland Arts Prize, Long comes to it as a former book editor at the Plain Dealer. She is a vice president for the National Book Critics Circle and serves as a judge for its annual prizes.

When Long speaks about books, you can still see the voracious kindergarten reader in cat-eye glasses she once was, and her voice is softer than the passion in it should allow. In July, she talked to the Friends of the Shaker Heights Library, reading from this year’s winners with the measured praise of a critic who has been pleased.

She called Eugene Gloria’s 35-poem work, My Favorite Warlord, “a small tutorial in robustness.” She pleaded with the Shaker Library audience to not let the length of Andrew Solomon’s book, Far from the Tree, turn them away. She explained not just that they should read it but the easiest way to read it — a chapter or two at a time.

A young woman in the audience asked about the award’s parameters.  The original focus, Long explained, was on Jews and blacks. As the understanding of diversity for the jury — and in our culture — has evolved, however, the focus has changed from race to diversity to a less solid “otherness.” 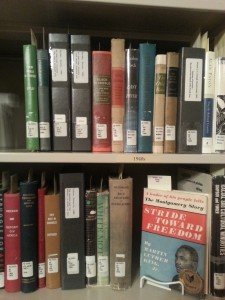 Hunt’s work, which contemplates oppression from the point of view of the oppressor who is also a victim, fits the original focus. Andrew Solomon’s Far from the Tree does not. Solomon examines the familial tensions that arise when children do not resemble their parents in significant ways. In 700 jam-packed pages, he interviews parents of children who are dwarfs, deaf, prodigies and killers, among others.

Kevin Powers’ formidable novel — a finalist for the National Book Award — chronicles a soldier’s journey through the Iraq War, friendship and guilt. His book seems to suit a literal interpretation of Wolf’s vision even less.

“What undergirds all these works is a shared humanity,” Long explained.

For contemporary authors, winning the Anisfield-Wolf Award, especially for fiction writers and poets, acknowledges their work has more than just literary merit.

“I didn’t have an overlay agenda when I was writing it to help enact change or promote racial diversity and all the wonderful things they use to describe the award,” Hunt says. “But certainly lurking in the DNA of the project for me was the desire to do something positive and to have it recognized as such by the administrators of this award and by a pretty extraordinary jury … is really quite an extraordinary experience and one I wasn’t counting on.” *

Hunt, whose novel was also a finalist for the PEN/Faulkner Award this year, said he is humbled to be in the company of past and current winners of the Anisfield-Wolf Award. He is pushing forward with a follow-up to Kind One that will be published by Little, Brown in 2014.

Gloria says he did not weep when he heard he had won; the realization only sank in while he was on the phone with his wife. She cried, too.

Gloria said he was touched when Long shared the story of the award and Edith Anisfield Wolf with him. He recalls her telling him, “What we think the award does, is it inspires people to do greater things after being recognized.”

“I know poetry matters, and it matters to a lot of people,” Gloria says. “But to be recognized for something that honors such a beautiful thing, creating this sort of awareness and recognizing this award honors culture and race and race relations, it’s kind of an important thing, especially as a person of color who has been exposed to racism almost on a regular basis. It’s a big deal.”

This year, Hunt, Gloria, and Powers will do public readings of their work at three locations on September 11; the awards ceremony takes place on September 12.

Jacqueline Marino is the author of White Coats: Three Journeys through an American Medical School and an associate professor of journalism at Kent State University.

* An earlier version of this story included a shortened, incomplete quote from Hunt.