The B&O, Crossroads of Time and Space

When the writer Henry Miller stepped down from the train he’d taken to Youngstown, Ohio, in 1940, he saw two girls, heads wrapped in scarves, picking their way down the bluff of a hillside by the railroad, and thought of his days traveling through Greece, the heat and dust and flies, the Greek peasant women, baskets carried on their heads, slowly descending on bare feet. He remarked that this first vision of Youngstown was where the resemblance to Greece began and ended.

A line of factories and mills stretched from east to west along the railroad and the Mahoning River, sending torrents of flame and black clouds of smoke into the canopy of the valley sky above him. Not even Dante, said Miller to a friend, had imagined such an inferno. From Pittsburgh to Youngstown he had ridden, surrounded by fire and smoke, and nothing but cars, cars, cars sitting in the fenced-in parking lots of the mills, those shining chariots of independence, their owners breaking their backs inside the factories, in the most stultifying kind of work Miller could imagine in order to own one. 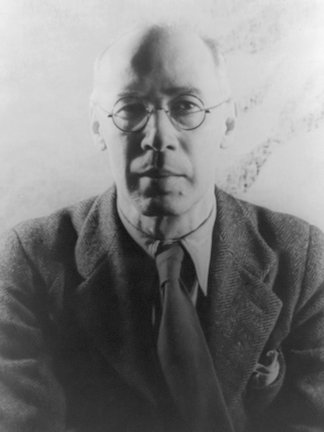 The railroad line Henry Miller came in on is no longer a passenger service. Instead the B&O Station sits atop the hillside where Miller stood watching two peasant girls as they made their way down to a neighborhood at the bottom of a smoke-filled hollow, and trains go by, squealing, horns blaring as they disappear into the distance of east or west. It is not a stop for anyone; it is a point of no departure. A person can stand on that platform waiting for someone to arrive, or waiting to leave, and never move again.

No flames lick the skies here any longer; no smoke fills the hollows of the valley where twenty different languages once choked the air. The factories have been demolished or have collapsed or sit rusting, waiting for someone to return to them. Those peasant girls? Their neighborhood no longer exists. It is a grassy bowl beneath blue skies and a crayon sun.

If you turn your eye to the side, though, and look through the perforation that Henry Miller made in time, you can see the beautiful wreckage of another city, one that sits side by side with the one that spreads out before you. It is like seeing ghosts, this work I favor. You must be willing to see one before it will reveal itself. You must believe in its possibility before it can be real. Henry Miller saw it on an afternoon in 1940, and so I see it, a mote that floats in my eye beside whatever I’m looking at, wherever I turn my gaze.

When I step down from the platform at the B&O Station, I see the defunct rails, the murk of the Mahoning River running alongside, but I also see two girls, heads wrapped in scarves, picking their way down the hill to their neighborhood. The houses down there sit in clouds of smoke and dusty resignation. Turkeys and chickens peck at the ground of backyards. 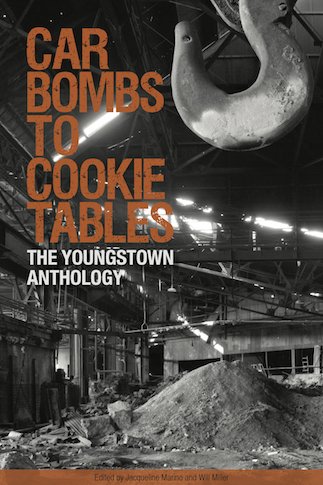 Their mothers stand on square front lawns, wringing their hands in their aprons, waving to the girls as they approach.

These girls, they are their mother’s dreams, they are knots in a rope to the future, which the mothers climb across, hand over hand, like sturdy athletes, until they see a man from the future looking through Henry Miller’s spy hole, and then the empty hillside behind him, the abandoned tracks of the B&O. It is then and there that the mothers pause in their crossing of time and space.

They hang, these mothers, suspended like grapes, wincing in the sunlight. Nothing they thought would be in their futures looks how they had imagined. As Henry Miller observed between Youngstown and the island of Crete, the similarities of the past and the future begin and end with these girls, their girls, those peasant girls descending a hillside in 1940, with scarves wrapped over their heads.

Myself? As Plato describes the human form moving through time, my back is to the future, the wind blowing my hair forward in waves toward the past. I dare not look over my shoulder.

___
“The B&O: Crossroads of Time and Space” was first published in Muse, December 2010, and appears in Car Bombs to Cookie Tables: The Youngstown Anthology (Belt Publishing, 2015).

Christopher Barzak grew up in rural Ohio, has lived in a southern California beach town, the capital of Michigan, and has taught English outside of Tokyo, Japan, where he lived for two years. Currently he teaches fiction writing in the Northeast Ohio MFA program at Youngstown State University.

Belt is a reader-supported publication — become a member or purchase a book from our store.