The Next Mobilization Effort: Unseating the Cuyahoga County Prosecutor

The police officers who killed 12-year-old Tamir Rice may have escaped criminal charges, but the prosecutor who made that recommendation to the grand jury hasn’t gotten off at all.

Cuyahoga County prosecutor Timothy J. McGinty is the target of activists and community and political leaders who’ve vowed to get him out of office.

It’s not an idle threat.

African-American voters wield influence and power in Cleveland. The latest census shows the city is more than 50 percent African-American, and Black voters are crucial to the success of the Democratic Party.

[blocktext align=”right”]It’s not an idle threat.[/blocktext]But that influence isn’t as strong in Cuyahoga County, where African-Americans comprise 30 percent of the population.

And while African-Americans, like all voters, turn out for presidential elections in November, they tend to bypass primaries like the upcoming election in March — the next battle site for McGinty’s supporters and opponents.

“The presidential election is what draws people to vote,” says David Bositis, an expert on African-American politics and voting patterns.

He adds that inspiring occasional voters to come out for primaries and local elections can be a difficult task.

“There either has to be a really good organizational effort, or something egregious that happens that really, really motivates people, to get people to vote out of sync,” Bositis says.

In terms of his first point, the organizational effort is well underway, from the grassroots to the mainstream leaders.

But those efforts are splintered.

Others, like Michael J. Nelson of the NAACP, have posted support on social media for the Democratic candidate who wins the March primary. Right now, that candidate is Michael O’Malley, who was deputy to former Cuyahoga County prosecutor William Mason. Mason preceded McGinty.

U.S. Rep. Marcia Fudge, a Democrat who represents the 11th district, would only say that she “will be actively working to unseat Mr. McGinty.” But news reports say the congresswoman persuaded a group of prominent pastors, The Federation of Network Ministries, to cancel a meeting with the prosecutor and throw their support to his opponent.

However, activists like Jones dismiss O’Malley as cut from the same cloth as the man they’re trying to unseat.

“O’Malley may have some support from local Democrats,” says Jones. But “the community as a whole has not been sold.”

The 12-year-old died in November 2014, after Cleveland police mistook his toy gun for the real thing. Officers Timothy Loehmann and Frank Garmback were responding to a call about a “guy” brandishing a gun in a park. The original 911 call mentioned the gun was probably a toy, and the “guy” was probably a youngster, but the officers never received that information.

Anger over the shooting grew when surveillance videos from the park revealed details: Tamir was killed within seconds of the officers’ arrival; he lay on the ground bleeding for four minutes without help; police tackled and handcuffed his sister as she tried to approach her brother.

The furor continued when prosecutor McGinty took almost a year to bring the case to a grand jury. When the prosecutor submitted expert reports calling the shooting “reasonable,” the Rice family’s lawyers countered with their own reports calling the officers’ actions “reckless” and “objectively unreasonable.” The family has also called for the Department of Justice to investigate Tamir’s death. 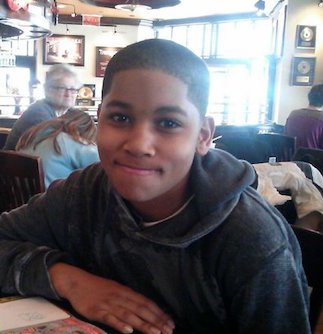 When on December 28 the grand jury followed the prosecutor’s recommendation and declined to indict the officers, the family released a statement saying it was “saddened and disappointed but not surprised.”

In fact, disappointment with McGinty’s handling of Tamir Rice case was behind efforts to block his candidacy in early December, almost a month before the grand jury decision was announced.

That’s when Democratic ward leaders gathered to parcel out endorsements for the upcoming election. McGinty didn’t get an endorsement; neither did his opponent, O’Malley. The decision was a de facto victory for McGinty. Without the endorsement, neither candidate can marshal the party’s resources for their campaigns and neither candidate’s name will appear on the sample ballot sent to voters before the March 15 primary.

Although Jones admits that McGinty’s forces won that battle, he’s confident African-American voters will coalesce to get the prosecutor out of office. All it takes, in his opinion, is the right candidate.

“Right now, the African-American community is very upset with what prosecutor McGinty has done,” says Jones. “They are awaiting a viable candidate to support.”

___
Afi Scruggs is a former reporter and columnist for The Plain Dealer. She lives in Cleveland, where she writes and plays bass.