Excerpted from Rust Belt Chicago: An Anthology, coming in August from Belt Publishing.

When I have written about Roseland it is usually about tragedy and trauma as the result of generations of neglect. When I tell white people where I live, their response always begins with a recollection, “I remember growing up there and then moving away to (fill in the blank suburb),” leaving out the part of the story that includes why they moved as if (as a person of color and native Chicagoan) I don’t have to ask because I already know how the story ends, which I do. I know that the Roseland story ends with a riot on South Michigan Avenue as the result of the assassination of Martin Luther King that scared the life out of every Irish, Bohemian, and Polish person still living in the beautiful Tudors, bungalows. and greystone two-flats close enough to Lake Calumet to get a decently cool evening breeze during our very hot summers.

[blocktext align=”right”]What was left in our neighborhoods was the slow death and decay that comes from generations of neglect.[/blocktext]I know the story because I too lived it, but not in Roseland. My story was a west-side experience — West Garfield Park, being burned down by people angry about the death of the same black man. I saw the Italians and Polish people fleeing to the suburbs of Melrose Park, Westchester, and Oakbrook, leaving our redbrick two-flats and greystones to black neighbors. White people that had been our friends, neighbors and classmates the day before April 6th but not the day after.

April 7, 1968 is the day the Urban Rural began in many of the neighborhoods that would be destroyed by rioting, then decimated by the diaspora to the suburbs. I remember growing up in a neighborhood where decline was the natural order; quality schools, community centers, the library, retail shopping, and small manufacturing followed our white neighbors — developers building malls and industrial centers convenient to these new communities.

What was left in our neighborhoods was the slow death and decay that comes from generations of neglect. Houses and office buildings were abandoned and eventually torn down, leaving absence, loss, and despair in their place. It was then that nature began its reclamation process, returning these concrete footprints, empty of structure, with eroding foundations naked to the elements, seeding these spaces with trees, grasses, and flowers. What I remembered of abandonment became distant in the face of concrete plains and shocks of daffodils peeking up from a set of worn basement stairs. 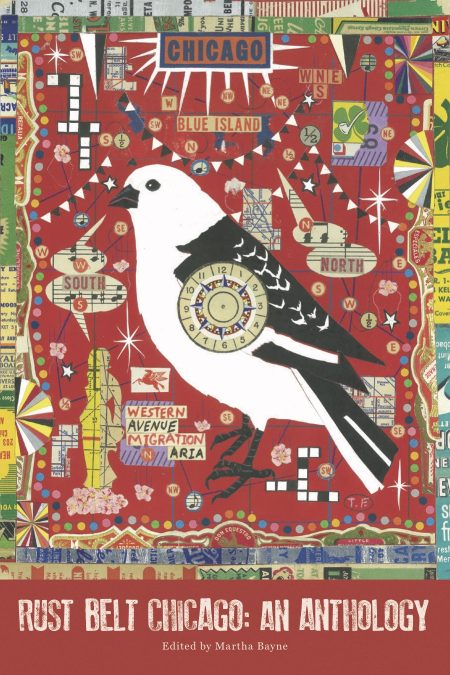 I moved to Roseland because I grew up knowing that in the middle of this forgotten land, there is also beauty. The beauty of nature overcoming the rampant crime and poverty of this world. The beauty of spirit in the young people, their goals and dreams and lives, inhabiting this world with me.

Where I live, time stands still. Grown men drink at dawn, sharing their brown-bag bottle.  They will sit on broken plastic chairs in front of momma’s house, blank stares on sixty-year-old faces compressed into thirty-year-old bodies. We say hello, each morning as we are familiar, but make no eye contact as we are both natives of the realm.

We understand the primary rule of survival: coexistence depends on a combination of deference and awareness. All eyes are focused on the realm and its movements, glances are reserved for decision; eye contact is reserved for action.

There are no retail conveniences in this urban rural. Commerce sailed away long ago when the colonizers stubbornly held onto to their right to choose not to live amongst us peacefully. We have always come in peace no matter how challenged, pushed, bullied, or manipulated we have been in the conversation. When enough was beyond too much, we dropped our hands and raised our fists. The colonizers cried ”foul,” turned tail, and ran to make new spaces conclaved in the illusion of safety. “We cannot live in fear,” they cried. “We cannot work with anger,” they said.

Those colonizers left homes, some abandoned, worn down then torn down, that made way for groves of trees, weeds, and wildflowers. Stunning oases where nature reclaimed itself. The rats came, but so did the cats, the rabbits, opossums, raccoons stray dogs, and birds of every kind. The homes that remain intact are places where natives continue to paint, sweep, cut grass, and tend gardens of vegetables — sustenance against the food desert. We maintain those homes, those proud if faded beauties. There is wealth here. Wealth in spirit, perseverance, and determination.

For a few weeks I rode the bus with a young college student and Roseland native. We talked about life, politics, current events, and books. Those daily conversations were moments where the rule of the realm did not apply, where eye contact and direct conversation resulted in an exchange of knowledge and friendship. It was heartwarming to hear the thoughts that live in a young mind that has some interest in helping her fellow man, or at least those younger and related to her.

[blocktext align=”right”]We are members of the
“rural urban,” where gardens are not hobbies, where caution and concern are written as the hard and flat notes of
our life melodies.[/blocktext]We who return to communities like Roseland are not pioneers; there is no destiny unfolding or manifesting itself in colonization. We were here first, whether as native human, as tribal member, as indigenous transplant, and/or as thousandth generational victim of the diaspora(s). We are members of the realm, subject to the larger colony’s rules, regulations, and expectations, no matter how different and unrelated our world is.

We are members of the “rural urban,” where gardens are not hobbies, where caution and concern are written as the hard and flat notes of our life melodies. Where violence and death, life and living, daily work and the stillness that comes from “nothing as everything” are not elements of a single character, they are each one a character, real and vocal in the daily conversation. Where commerce, or the lack of it, breeds ingenuity and cultivates the creative spirit.

Where children live and teaching has currency. On those bus-riding days, I would run into a group of children playing on a front porch of a house near the bus stop. They first spoke in an attempt to get my attention with shouts of “hola” in the curious and fearless way children will attempt to determine or confirm something — in this case, my cultural background. I finally stopped one day and said “it’s not hola, it’s buenos tardes, that means good afternoon.” From that point on, they would greet me with “buenos tardes.” I taught them several more words and explained, more than once, why I wouldn’t teach them how to swear. That feels good.

Linda Garcia Merchant is an award-winning Chicana filmmaker, a Digital Media Partner of the Chicana Por Mi Raza Digital Memory Collective (University of Michigan, University of Illinois Urbana Champaign), the Somos Latinas Oral History Project (University of Wisconsin Madison) and the Chicana Chicago/MABPW Collection Project (University of Illinois Chicago), and a board member of the Chicago Area Women’s History Council. Currently she is a doctoral student at the University of Nebraska-Lincoln specializing in Chicana/Latina Literature Studies and Digital Humanities. Her work focuses on the restoration and reconstruction of the counter narrative as an aid in rehabilitating the historical discourse of resistance and social movement.
FacebookTwitterLinkedInRedditEmail