Tremont: A Product Of Its Past, A Piece Of Its Future

This essay is an excerpt from our Cleveland Neighborhood Guidebook (Belt Publishing, 2016).

Originally known as Brooklyn Heights, before it was incorporated into Ohio City between 1836 and 1854, the neighborhood of Tremont was finally annexed by Cleveland in 1867—and since then it’s had almost as many names as it’s had identities. After 1867, the development of Cleveland’s first institution of higher learning shifted Tremont’s name from Cleveland Heights to University Heights; its role as the location for two Union army camps during the Civil War converted this label to Lincoln Heights; and the 1910 establishment of Tremont Elementary resulted in today’s handle, “Tremont.” 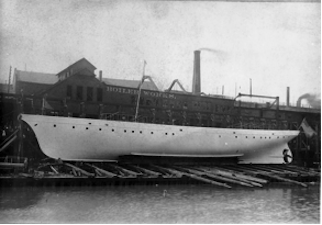 Tremont’s economic peaks and valleys have defined it since the Civil War, when the area found itself in a perfect position to meet the growing demand for wartime goods. Its central location was key to its success. The ability to import and export materials and products via the Cuyahoga River and the Erie Railroad gave Tremont a leg up on the competition; so did its steady influx of cheap, immigrant labor. The 1862 establishment of Camp Cleveland, Cleveland’s largest and best-developed Civil War camp, was the final factor in this equation. Providing for the 15,230 military men that came through Camp Cleveland set Tremont’s economic boom into full swing. By 1865, more than half of the iron ore extracted from Lake Superior came through Cleveland and 44 percent of all ships used on the Great Lakes were assembled locally.

Both Tremont’s population and industry grew rapidly for a number of years. Local access to raw materials, transportation, and immigrant labor all converged to draw in major manufacturing companies like Lamson & Sessions electrical products. These companies facilitated even further growth and played a significant role in sustaining Tremont’s economy after the war, even through World War I and the Great Depression, until World War II ushered in another area of industrially driven prominence.

[blocktext align=”right”]Tremont needs to be a neighborhood first and foremost. It needs to be
a responsible steward to
all of its residents.
It does not need to create the next shiny thing.[/blocktext]Prior to 1830 Tremont was slow-growing, but the localization economy catalyzed a sustained period of growth: Irish men and women flooded the area in the 1860s to aid in the construction of the Ohio and Erie Canals; Poles flocked to Tremont in the late 1890s and constituted over 50 percent of U.S. Steel Corporation’s workforce by 1919; excess labor demand was eagerly met by Greek migrants in the early 1900s; and, later, surges of Ukrainians and Hispanics, who arrived in the 1950s and 60s.

But though these groups produced coworkers, their day-to-day lives were significantly less interwoven. Tremont’s Polish settlement, Kantowo, is one of the many ethnically separate niches to result. By 1900 there were 32 Polish grocery stores and 67 Polish saloons in Cleveland, and Poles’ entrepreneurial endeavors largely targeted those with similar culture, not the community as a whole. Similar tendencies marked the Greek, Ukrainian, and Puerto Rican communities. Religious anchors were often considered to be the cornerstone of this insulation, as enclaves serve many positive community functions. The Spanish Assembly of God, for example, was founded on West 11th Street in 1952, and by 1995 two-thirds of Cleveland-area Puerto Ricans resided between West 5th  St.. and West 65th St. Although the actual distance between these groups was minimal, the social separation between them was significant. 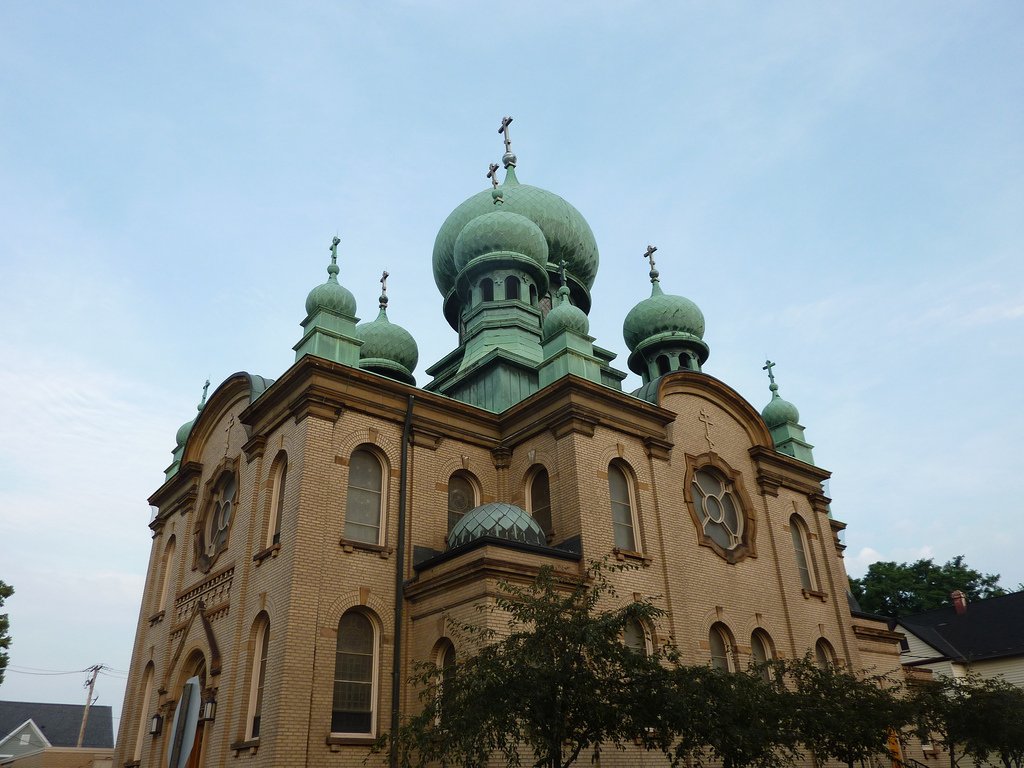 The separation forced on Tremont residents by the midcentury closing of the Central Viaduct Bridge and the construction of Interstates 71 and 490 was also significant, to say the least. The Central Viaduct, constructed in 1888, connected Tremont to the east bank of the Cuyahoga River and provided a vital connection to downtown, giving residents of Tremont easy access to institutions and businesses in the city, resulting in a time of rapid growth. Unfortunately for Tremont, this growth was abruptly stunted when the Central Viaduct was deemed unsafe in 1941 and demolished in 1942. With plans for its replacement still several years off, the impact was immense. Newspaper columnist Robert H. Clifford highlighted the laundry list of ramifications: “A “CITY” of nearly 30,000 persons virtually isolated. Serious bottlenecking of traffic arteries…endless inconvenience for thousands of workers…threatened collapse of a whole section’s business. These are the problems faced by Cleveland’s Seventh Ward.” 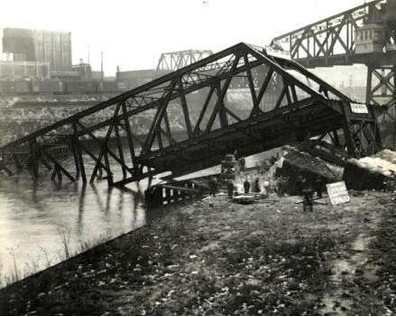 Tremont would have likely been able to weather the closing of the Viaduct alone, but the subsequent construction of Cleveland’s interstate system gave rise to a period of acute regional decline. Interstates 71 and 490 tore through the neighborhood, displacing upwards of 19,000 residents by 1975. Tremont’s newfound isolation and consequent decline in economic opportunity prompted many to permanently flee the area. Tremont’s population dropped from 36,686 in 1920 to a mere 10,304 by 1980. Steve Rugare, of the Cleveland Urban Design Collaborative, described the situation thusly: “The freeways simply ploughed through the existing fabric, leaving isolated enclaves to subsequent decay…commercial streets were cut off from nearby residents, and children were forced to walk exposed pedestrian overpasses to get to basic services like schools and parks.” The consequences of the highway construction were incapacitating. Lost jobs and residential disturbance induced flight from the area. Those who remained were generally those who could not afford to relocate. Neighborhood tax bases declined and property maintenance fell by the wayside. The Plain Dealer commented on this downward spiral: “Tremont changed … here and there the neighborhood began to crumble. Vandals destroyed house after house, and arson took its toll.” The article suggested that the remaining residents were largely unemployed, undereducated renters and that neighborhood demographics were shifting. In 1999, 23.19 percent of Tremont’s population earned less than $10,000 a year. The community organizations that were about to intervene had their work cut out for them.

Merrick House is one such organization. Founded in 1919, Merrick House’s initial mission was to provide recreational and cultural activities for young immigrants, but in the tumultuous decades that followed this role expanded to encompass the facilitation of career guidance for women, assistance for unwed mothers, free dental care, and support for the passage of beneficial neighborhood legislation, amongst other things. Merrick House’s role as a community anchor helped Tremont residents to bear the worst of times, but Merrick was not content only to provide support. Merrick House acknowledged the importance of reversing Tremont’s rough image to salvage its future, so in 1979 they established the Tremont West Development Corporation to do so. 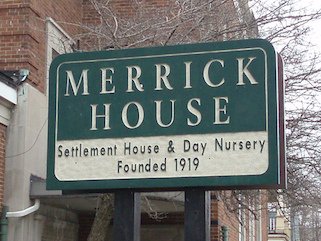 Tremont West Development Corporation (TWDC) is a not-for-profit citizens group that has done its best to reconstitute what used to make Tremont a great place to live. TWDC has helped Tremont to essentially rebrand itself and this reinvention has been accompanied by substantial benefits. In 1989 not a single household in Tremont’s central block group earned more than $75,000 annually, but ten years later eleven households earned between $75,000 and $99,999, seven earned between $100,000 and $124,999, and seven others earned more than $150,000. That said, 63.1 percent of Tremont’s residents still earned less than $24,999 in the same year. The neighborhood was heading in the right direction, but equity issues were still apparent. TWDC’s wins can be attributed to the fact that the group wisely homed in on the three largest components of Tremont’s original deterioration: first, TWDC tried to make the highway debacle right by upping the quality and quantity of Tremont’s housing stock; second, they made headway earning back the community’s trust with crime prevention efforts; and finally, they have attacked the downward spiral of the economy, head on, with business development projects that have both produced jobs and enhanced Tremont’s tax base.

Tremont today finds itself at an interesting crossroads. The neighborhood has advanced through nearly every stage of the “suburban neighborhood lifecycle.” Albeit slightly skewed from the current image of “suburbia,” Tremont’s initial incursion of well-off inhabitants outside of the city could certainly be deemed a form of “suburbanization”; “infilling” occurred via accelerated civil war immigration; “downgrading” was forced due to its transportation obstacles; “thinning out” was an inevitable byproduct of Tremont’s stunted economy; and TWDC has made significant strides towards neighborhood “renewal.” Beginning in the 1970s and 1980s, many artists were drawn to Tremont by its old-world feel, ornate architecture, affordable housing, and downtown views. These individuals marked the beginning of what has become an expanding neighborhood of art galleries, eateries, boutiques, new condos, and rehabilitated homes. Select corridors and select residents of Tremont are thriving today. But alas, that sums up the challenge moving forward. Evolving in a way that respects its heritage, particularly the people, will be key to Tremont’s continued success. Tremont needs to be a neighborhood first and foremost. It needs to be a responsible steward to all of its residents. It does not need to create the next shiny thing.

This essay is an excerpt from the Cleveland Neighborhood Guidebook (Belt Publishing, 2016). Purchase the book here.

Tara Vanta is enamored of Tremont’s history and hopes that the neighborhood evolves in a way that respects its heritage — especially the people. She makes maps for a living, but is still figuring out where she’s heading.