Celebrating the season in one Chicago “Halloween neighborhood.”


When people ask me where I live I usually say “Edgewater.” If that doesn’t spark recognition I may say “really far north” or “near Andersonville” or sometimes simply “Andersonville.” I know that unless the person has lived in the area, they probably haven’t heard of my sub-neighborhood, Edgewater Glen.

For most of the year Edgewater Glen looks like a lot of residential North Side neighborhoods in Chicago—single-family homes of various historical architectural styles with large porches or sunrooms jutting out toward tree-lined streets. A few three-flats and six-flats hug more closely to the busy thoroughfare of North Broadway, flanking the neighborhood on the east and mirrored by North Clark on the west. We are within walking distance of Edgewater’s eclectic variety of restaurants and shops, several small theaters, and the lake. Edgewater Glen is charming and welcoming on any day, but my neighborhood is most alive on Halloween.

There are those neighborhoods that people drive through at Christmastime to see the decorated houses. Edgewater Glen is like that in late October, with ghosts instead of reindeer. 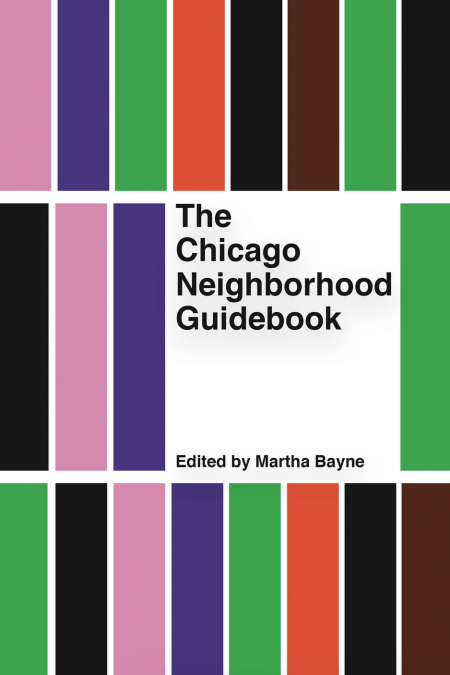 This essay appears in the Chicago Neighborhood Guidebook, available now from Belt Publishing.

A night or two before Halloween my kids and I walk the neighborhood to look at the often spooky, sometimes silly decorations: a pirate ship steered by a skeleton, giant spiders, an alien invasion, monster eyes peering from upstairs windows, life-sized scarecrows in a makeshift cornfield, motion-activated animatronics that come alive as we pass, and yard after yard spiked with tombstones.

We look at the decorations a few nights early because on Halloween we are far too busy.

When we first moved to the neighborhood people told us to expect more than 1,000 trick-or-treaters. I assumed they were lying or exaggerating (just as you might assume I am lying or exaggerating now). The strange thing was the consistency of their stories: “More than 1,000 trick-or- treaters.” Either my neighbors had conspired to play some strange joke on us or they were telling the truth. I bought eight extra-large bags of candy just in case, but kept the receipts so I could return the leftovers.

There would be no leftovers.

I’m trained as an analyst, so I wanted to know exactly how many trick-or-treaters we really got. (That is, I wanted to verify how much of an exaggeration the fabled “more than 1,000” count was.) I grabbed a notebook and pen and made tick marks for each costumed kid. At 5:00 we had less than ten. By 6:00 we were up to a few dozen, still far below the 1,000 we had been promised.

But then Halloween in Edgewater Glen truly began.

When trick-or-treating in our neighborhood starts, really starts, there are no pauses. There is no waiting inside for a child to ring the doorbell. You sit on your porch or front stairs or even pull a chair up to the sidewalk as a constant crush of costumed kids crowd the walkway pausing at each treat-filled bowl just long enough to say, “Trick-or-treat!” then, “Thank you!” before moving on to the next house.

It quickly became impossible for one person to both hand out candy and put the marks in the book. We divided duties and let the evening fly by in a blur of miniature replicas of creatures and characters. Some cute, some clever, some creepy.

The moving, morphing mass of sugar-fueled joy didn’t begin to thin until two hours later. It had slowed but not stopped at 8:30 when we ran out of candy (despite having briefly resorted to repurposing some of the loot my children had collected on their own trick-or-treat excursion).

Defeated, we turned off our porch light, went inside, and counted the marks in the notebook. They went on for pages. The final total came to 1,198. Solidly more than 1,000 trick-or-treaters as the neighbors had warned.

Since that first year, my family has fully embraced living in our Halloween neighborhood. I plan my decorations months in advance. I sweep away real cobwebs to put up fake ones. I obsessively compare candy prices, ultimately buying enough to fill an eighteen-gallon storage bin. We upgraded to a mechanical counter for tallying kids instead of making tick marks. We invite friends over as helpers and witnesses. We wave to our neighbors on their own kid-crowded porches.

Halloween in Edgewater Glen is chaotic and amazing and joyful. We can never move because my children would be disappointed by Halloween in a “normal” neighborhood. This over-the-top version is all they have known.

I’ve heard there are other Halloween neighborhoods in Chicago that get the same kinds of crowds as we do in Edgewater Glen, but I will probably never see them firsthand. I intend to spend Halloween on my own porch for the foreseeable future, enjoying the neighborhood asset I would have never thought to ask my realtor about. ■

This essay appears in the Chicago Neighborhood Guidebook, available now from Belt Publishing.

Kim Z. Dale writes plays, essays, and short fiction. She was a longtime contributor on ChicagoNow.com and is a Listen to Your Mother Show alumna. Her work has been published in several anthologies, including a Norwegian English textbook. Kim is an information security specialist, wife, and mother. She has lived in many places, but Chicago definitely feels like home. She tweets as @observacious.