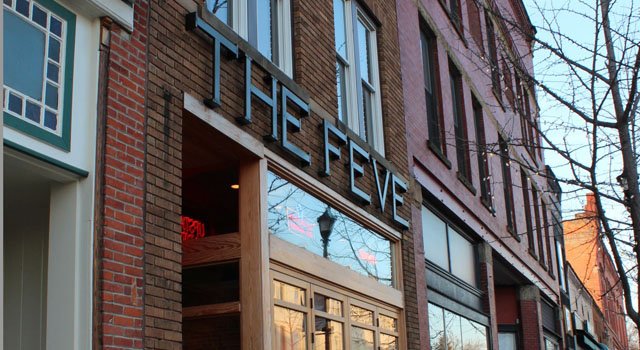 A popular Oberlin restaurant and bar, The Feve. Photo by Tom Geller.

When I told California friends I was moving to Oberlin, their reactions were as expected: “Why would anyone move there?”. To them, Ohio (and Nevada, and everything in between) is a vast and undifferentiated space, sparsely dotted with cities known only by their sports teams or nostalgic trivia. (Pittsburgh is steel, St. Louis the Arch.) As for Oberlin? If they know of the college, it’s like a plant nursery, a mysterious yet necessary resource incubator that feeds Silicon Valley’s machines of creative industry. If not, it’s a place of corn and … more corn.

Their reactions are, at least, understandable. Californians’ sophistication comes from the amazing diversity of their home state, not from distant travel or trade. Many Californians die without setting foot east of Las Vegas—or, for those in Northern California, Reno. Those who weren’t born there had escaped, like Mary Ann Singleton in “Tales of the City”, from places like Cleveland.

No, what surprised me was the reactions of Rust Belt denizens as I unpacked my bags:

“Why would anyone move here?”

Among my Bay Area friends, I thought it was just snotty provincialism: everybody thinks their home town is special, famous, blessed. But what could explain Ohioans who said, in effect, that Ohio sucks? Had I made a terrible mistake?

I had not. My five years in Oberlin have been happy. I was a student at the conservatory for a year, then returned here because it seemed like a good place for a freelance writer to work, with lots of comfortable spaces both in town and on campus.  I bought my first home here, established a place in the community, and spend my days in comfort and pleasure. I became involved in the local government and business community—easy to do when it’s all centralized within a city block—and so I am an audience to occasional pretenses of growth.

Aside from the college’s imperial expansions, these initiatives generally end with a kind of shoulder-shrugging that reflects a confirmation of ourselves as plain, obscure, and inward-facing. The Oberlin Business Partnership plans concerts in the park and Santa’s visit, not group ads in the Plain Dealer to entice out-of-towners; the government approves contracts for sewer repairs and salt, not parking structures. 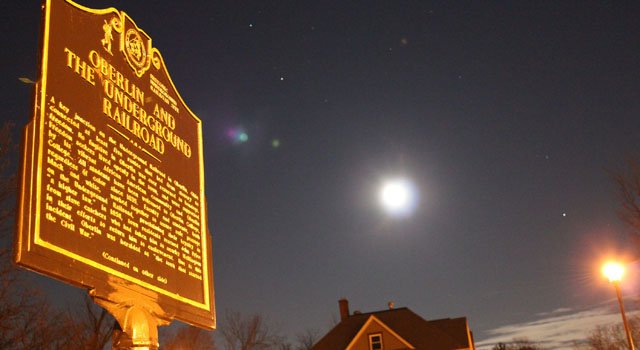 A monument to Oberlin’s place in abolitionist history. Photo by Tom Geller.

At the same time the town seems perpetually poised to become a true destination. Its world-renowned music conservatory presents over 500 concerts a year; historians love its well-documented fame as an anti-slavery stronghold; it’s a widely recognized center for “green” research and practice; its boutiques and restaurants are among the best in the county. But the house where an Oberlinian birthed the world aluminum industry is a rental property, its small, wooden memorial plaque starting to crumble. And plans to open a museum of the Underground Railroad have dragged on for over ten years.

The problem we townies face, I think, is one confronting every parent. We want our children to grow, succeed, and eventually best us in every regard—or so we tell the world, and ourselves. But we also know those changes will destroy some of what makes our relationship precious, and will make us smaller in our beloved’s eyes. Walking down Oberlin’s Main Street, I’m guaranteed to see two or three people who know me well enough for a friendly wave. That won’t be true if the town fills with day-trippers and such. Is the loss of that a fair exchange for increased property values—or whatever the hell we’d get from being “important”? Ask Ohio City. Or Tremont. Or The Flats.

As prey, we locals could strive to be rabbits and simply outrun the beast. That takes nerves, speed, and constant vigilance–qualities at odds with the laid-back lifestyle we want to protect. We could be hermit crabs, creating symbiosis with a larger creature. The town of Oberlin already teams with the college, but the mutuality of that relationship isn’t always clear, and probably wouldn’t protect us against ruinous growth. We could be the sort of prey that fights back, perhaps by imposing high hospitality taxes–a dangerous game likely to shed blood on both sides.

So instead we’re stink bugs. Press us too hard (“Hey, maybe I’ll move to the Midwest!”) and we release a noxious odor (“Why would anyone move here?”) Nothing to see, no profit to be had, get on your way while we feed.

This is the personality we’ve given to our place. But you can’t say “we stink” too long without starting to believe that we, well, stink. When you warn people against moving here, what are you really saying? Who lives here? How and why are you what the “who” is?

The place changes you; you change the place. At some point you stop being “someone who lives there” and become “a There-ian” — just as I was, for a time, a “San Franciscan”. 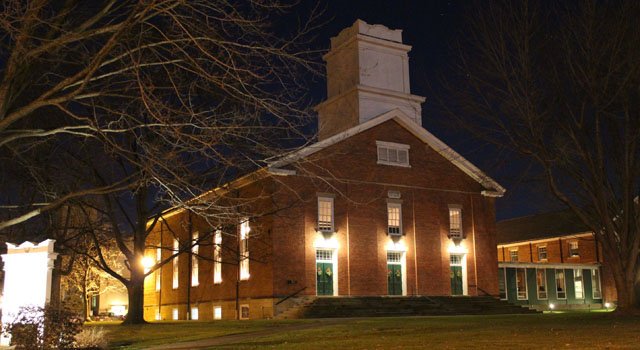 Oberlin’s First Church, which was the largest building west of the Alleghenies when it opened in the 1840s. Photo by Tom Geller.

Then you reinvent yourself by moving to a new place. You discover which parts are “the self”, because they remain constant. (Conjugate for tense: I was tense in San Francisco; I’m tense in Cleveland; I’ll be tense in Salt Lake City.) It’s a frightening prospect: What if you learn that your greatest strengths aren’t part of you at all? What if your faults are not in your stars, but in yourself?

Some people, unable to accept that, never stop moving. Others avoid the question by staying put, identifying strongly with one’s place, and conflating one’s self with it. Viz: New Yorkers who “can make it anywhere,” and Texans who won’t be “messed with”. That line of reasoning only works if you can build up your “place” as being, in itself, blessed —whether it’s in economics, race, location, or whatever.

It’s a gilded cage, a Stockholm Syndrome of sorts: the place created your prison, and now you polish its bars. I think of San Francisco friends scrabbling to pay for rooms too small for anything but a bed, in apartments with faltering power, in neighborhoods that are filthy and dangerous, without parking or good public transit for escape. It’s a miserable existence, but how could they leave? That would be an admission of failure; they would lose the reflected glory of their famous place. 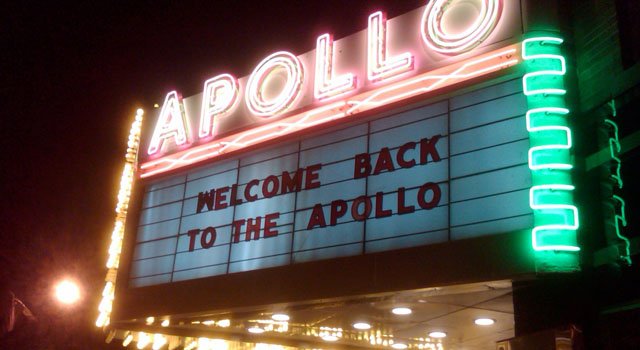 I still go back to San Francisco two or three times a year. I used to stay with a lover in Pacifica, the place nearest to the city that she could afford. If she couldn’t give me a ride, I’d walk to a bus that would take me to the BART train that would take me to 16th Street and Mission, from which I’d walk a mile to my old neighborhood. Then I’d feel such glory as I walked down Castro Street: Harvey Milk, The Castro Theatre, Cliff’s Variety, the street life… all the vibrancy and history that brings hundreds of thousands of visitors there every year.

I walk down 17th Street, past the massive rainbow LGBT flag, past Marcello’s Pizza, past Rossi’s Deli. I look in the window of the casual-clothing store with a wall of fake-faded t-shirts in its window display. One has an outline of Ohio on it, and the slogan: “Friends don’t let friends live in Ohio”. And I smile. Sometimes it’s good to have a secret.

Tom Geller is a writer who lives in Oberlin, Ohio.