Photos of key sites and commemorative events on the 100th anniversary of Eugene Williams’s murder.


On July 27, 1919, Eugene Williams went swimming in the blue waters of Lake Michigan, off the coast of Chicago’s 29th Street Beach. That summer, tensions between Black and white people in the city were rising. There was competition for jobs and housing, as African Americans migrated up from the South. White immigrants, who wanted to maintain segregation, were not happy about the influx of African Americans into their communities. Williams, who was seventeen years old at that time, accidentally drifted across the imaginary line that separated the portion of the water for blacks and the area that was reserved for whites. White kids threw rocks at Williams until he drowned.

His death set off a week of riots; white mobs incited violence, and the police failed to hold people accountable. During what would come to be known as the Red Summer of 1919, thirty-eight people were killed, five hundred were injured, and the homes of a thousand Black families were destroyed.

This story was recounted by Peter Cole, a historian at Western Illinois University and the co-director of Chicago Race Riots Commemoration Project, a new initiative to acknowledge a history that he says seems to have been erased from Chicago’s collective memory. Through this project, Cole hopes that people will remember. “Forgetting the past has not resulted in racial justice and racial equality and racial harmony,” he said.

And the past is tethered to the present, added Franklin Cosey-Gay, the co-director of Chicago Race Riots Commemoration Project. “The 1919 Chicago Race Riots is the origin story to help us understand the structural constraints that exist at the housing, education, economic, justice and health systems in Chicago,” he said.

On July 27, 2019, one hundred people floated in the water off the 29th Street Beach as part of a public art performance by Jefferson Pinder, which aimed to reclaim a site of violence and create a living memorial for Williams. On the same day, to commemorate the one-hundredth anniversary of Williams’s death and the 1919 Race Riots that ensued, Cole and Cosey-Gay led a bike tour of some of the locations that were significant to the Red Summer. This photo essay documents Pinder’s public art project and the sites that were included in the tour. 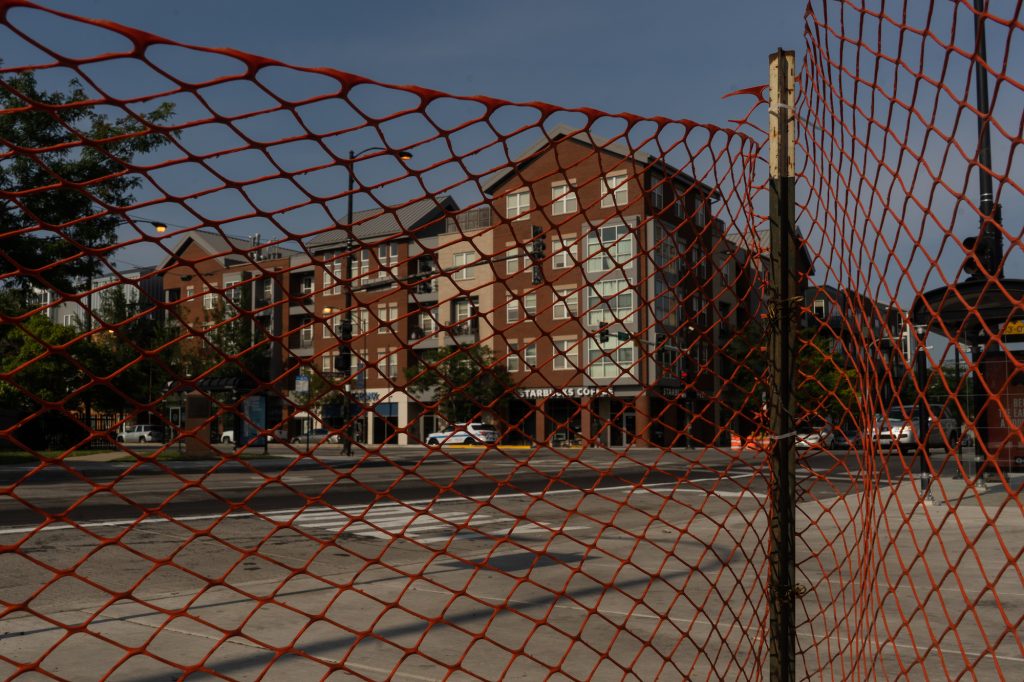 The summer of 1919 was called the Red Summer. At the intersection of State and 35th Street, now home to  a Starbucks, a Black man from Alabama was shot by a stray bullet during the 1919 riot, according to Franklin Cosey-Gay, the co-director of the Chicago Race Riots Commemoration Project. 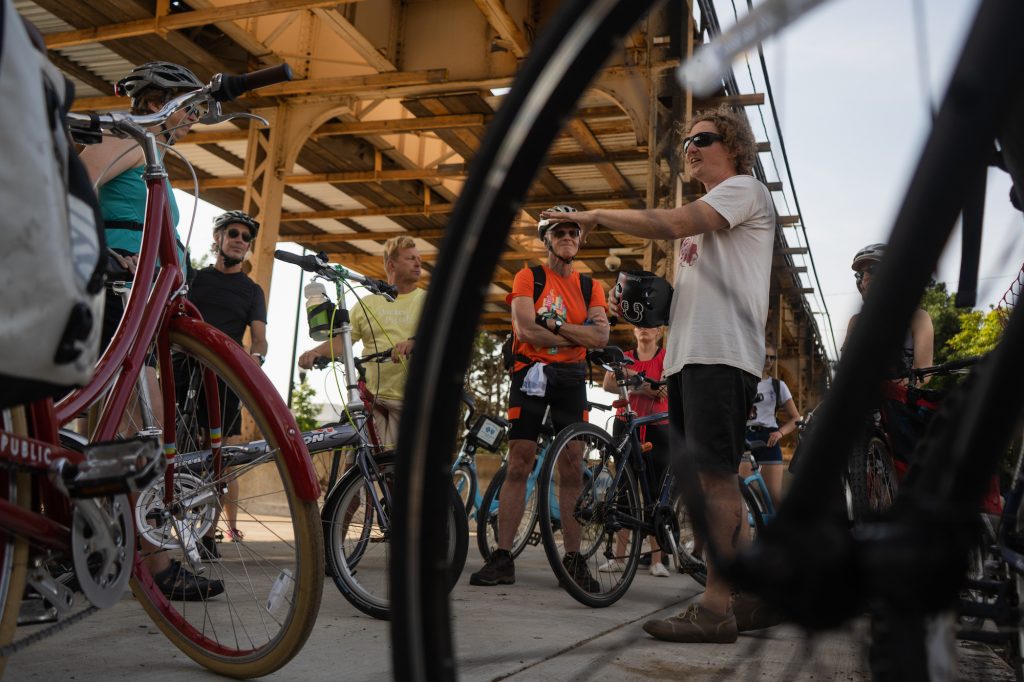 During the bike tour, historian Peter Cole, co-director of the Chicago Race Riots Commemoration Project, explains the history of the 1919 Race Riots to Chicagoans who came from different neighborhoods. “America’s a different place … in some ways much better … in some ways, we haven’t nearly come as far as we could,” Cole said in a phone interview after the event. 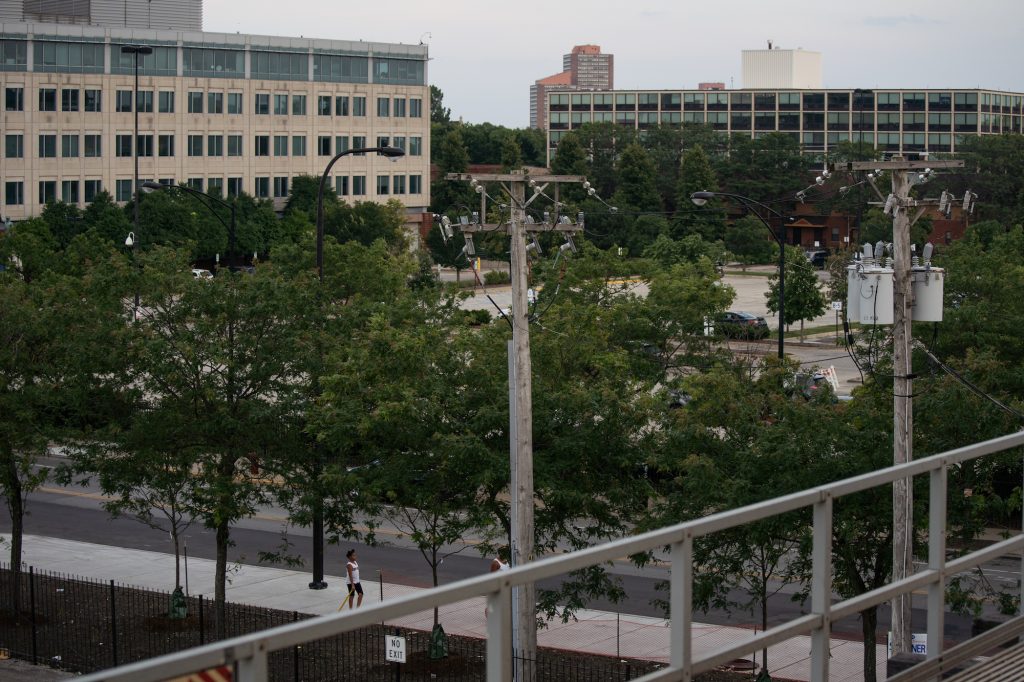 The Angelus building, a predominantly white apartment building, used to sit on what is now the parking lot of the Chicago Police Department headquarters. On the second day of the riots, someone from the fourth floor of the building shot a Black person on the street. Police officers entered the building and did not apprehend anyone, according to Cosey-Gay. “[People thought], this sounds familiar. This is what happened at the beach. No justice no peace. That theme of “no justice no peace,” similar [to] conversations that we’re having to this day … so thousands of blacks mobilized demanding justice.” 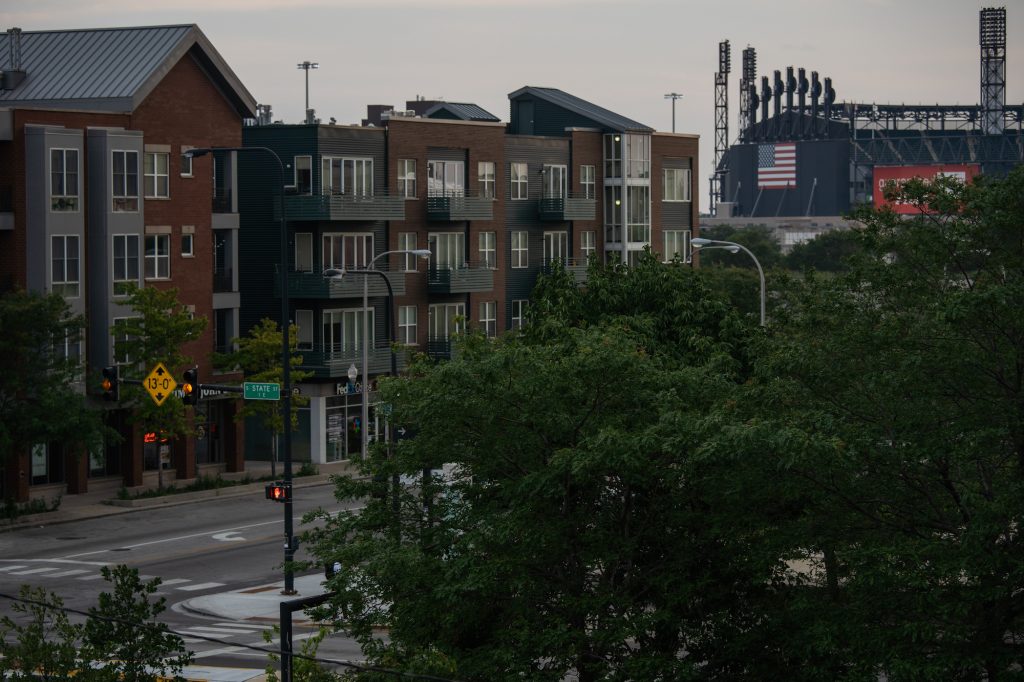 The epicenter of violence, according to Cosey-Gay, was in the area around 35th Street and Wabash Street. Seven people died in the corridor, which is demarcated by South Dearborn Street, East 33rd Street, East 37th Street and South Wabash Avenue. 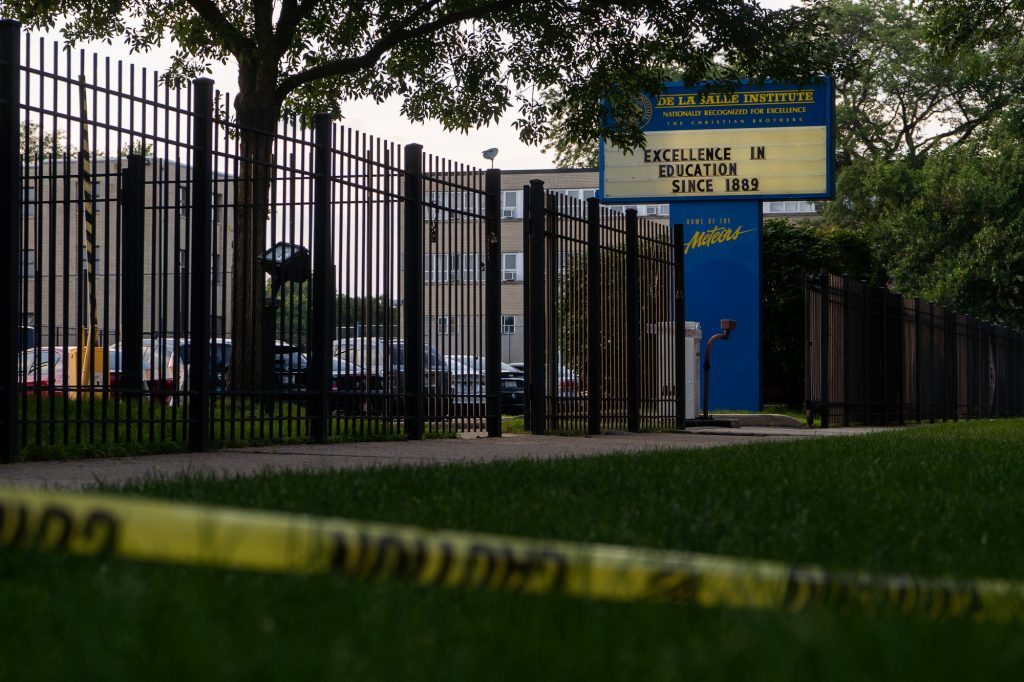 Former Chicago Mayor Richard J. Daley was a student at De La Salle Institute, where he was a member of the Hamburg Athletic Club. The club was essentially an “ethnic street gang” that was supported by political figures, according to Cole. “It’s been well-documented that the Hamburg Athletic Club were the ones who basically escalated riots on that first night,” Cole said. “To this day, no one really knows what Richard Daley was doing during those times. A lot of us have strong opinions about what he was doing, but he always refused to answer questions about his role in 1919.” 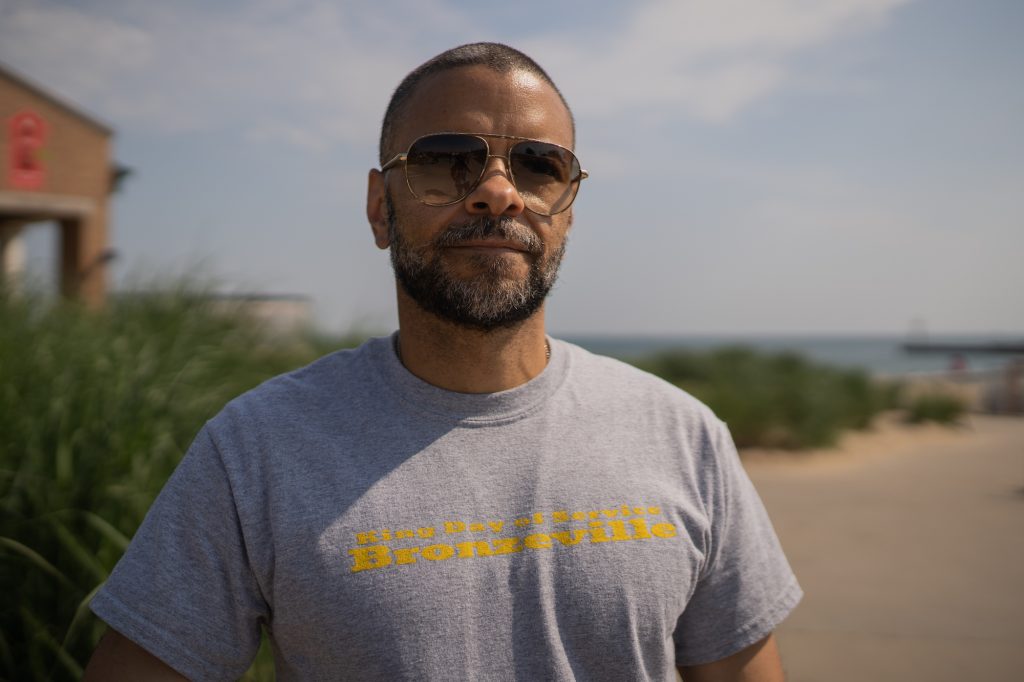 Kelsey Taylor, one of the participants on the bike tour, said he didn’t know about the race riots until this year. “You can either ignore [history] or you can face it and draw strength from that,” Taylor said. “As a human being, you make those choices to sort of ignore your weaknesses and shut it down and that’s to your own detriment, I think. So I think as a society, it’s the same sort of thing. We look and reflect and we have a chance to grow out of it.” 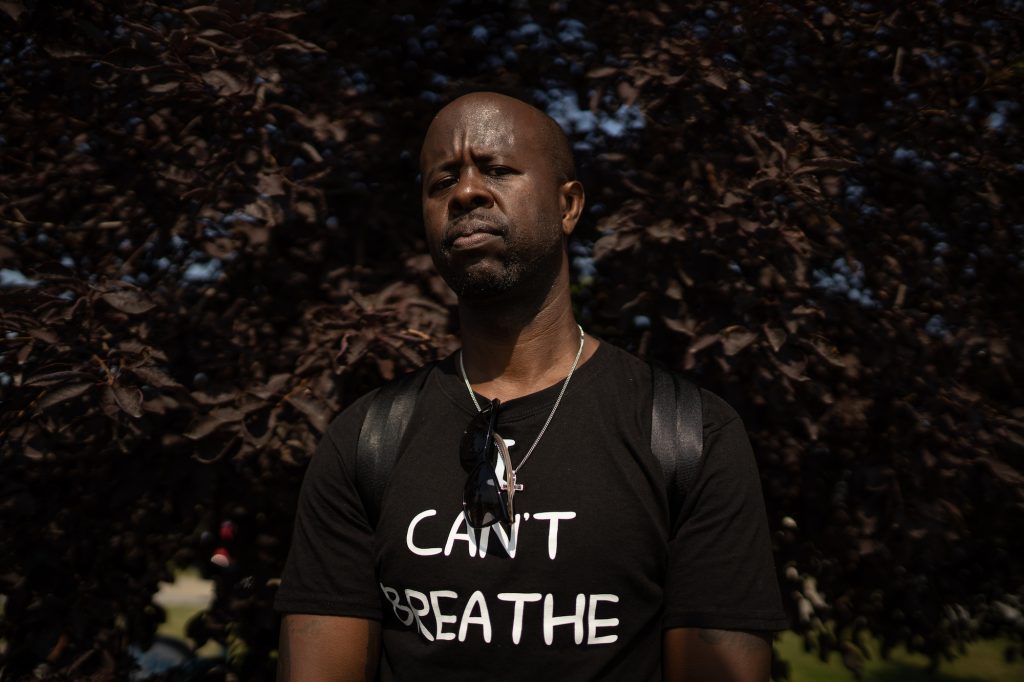 “Once you kind of learn more about the conditions that led to the race riot then, and other race riots that were occurring around that time, a lot of those same conditions are still going on now,” said Erik Wilson, who participated in the bike tour. 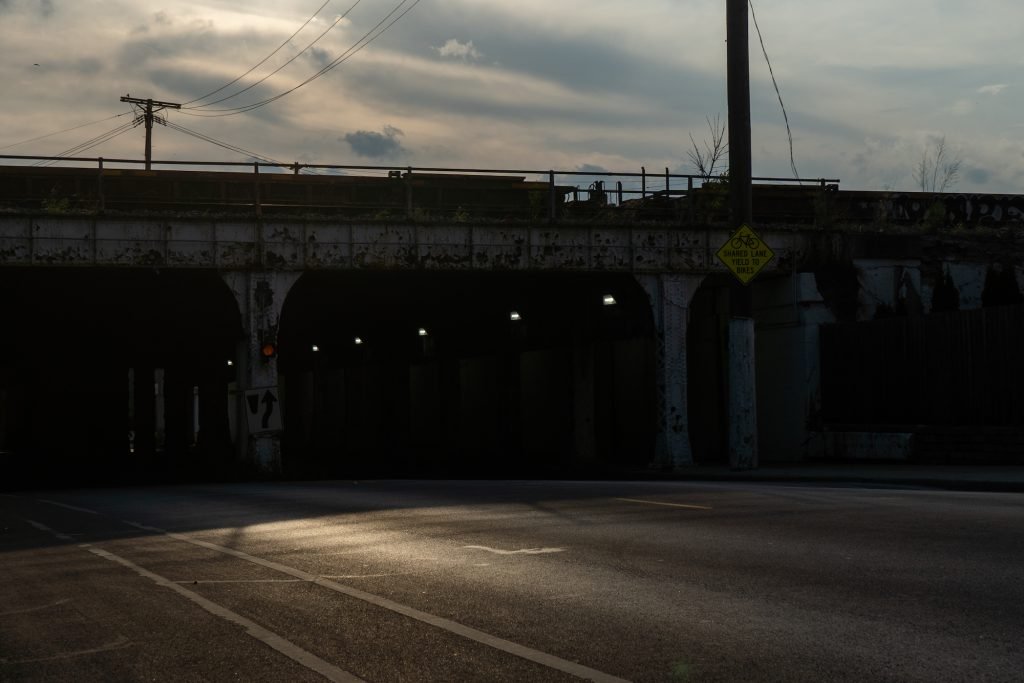 The viaducts in the Bridgeport neighborhood, where a lot of Irish immigrants lived, were like borders that warned people to beware, Cole said. “Because when you come into this neighborhood, you may or may not be welcome,” he explained. In 1918, the poet Langston Hughes walked in the Bridgeport neighborhood and was beaten up by white people. “The remnants of that division was still alive just twenty years ago,” Cosey-Gay said. 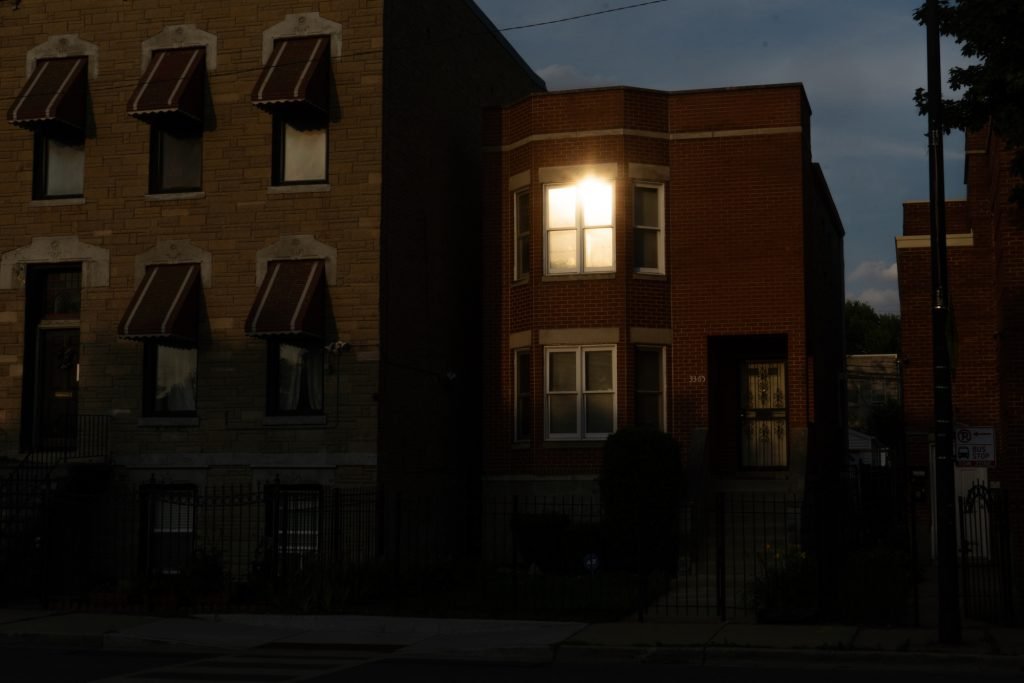 The house on 3365 South Indiana was one of the dozens of Black homes that were bombed during the riots. No one was punished for those bombings, Cole said. As a consequence of the Great Migration, African American families were moving into predominantly white neighborhoods. “People who lived in these neighborhoods that were all white previously are angry at the ‘invasion,’ as they see it, of Black people, and so they use violence in order to intimidate Black people from potentially moving into these neighborhoods,” he added. 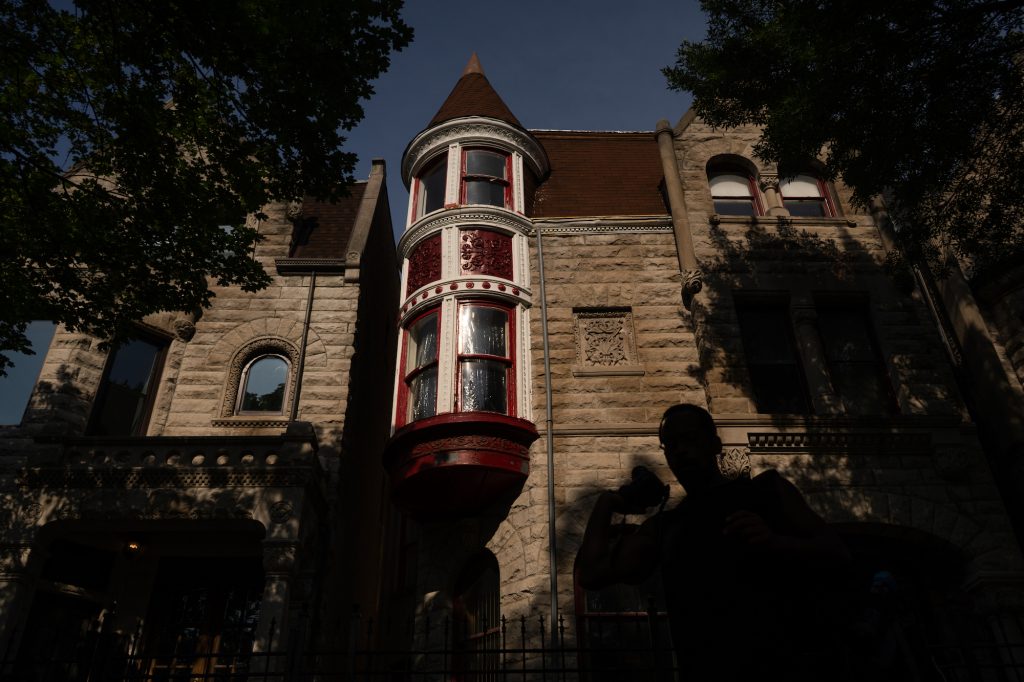 Ida B. Wells, an investigative journalist and activist, moved into this house on 3624 South Martin Luther King Drive, which was just a few blocks away from the epicenter of the riots. She wrote about the riots as well. Wells’s house was included in the tour because they wanted to talk about resilience and Black resistance, Cole said. 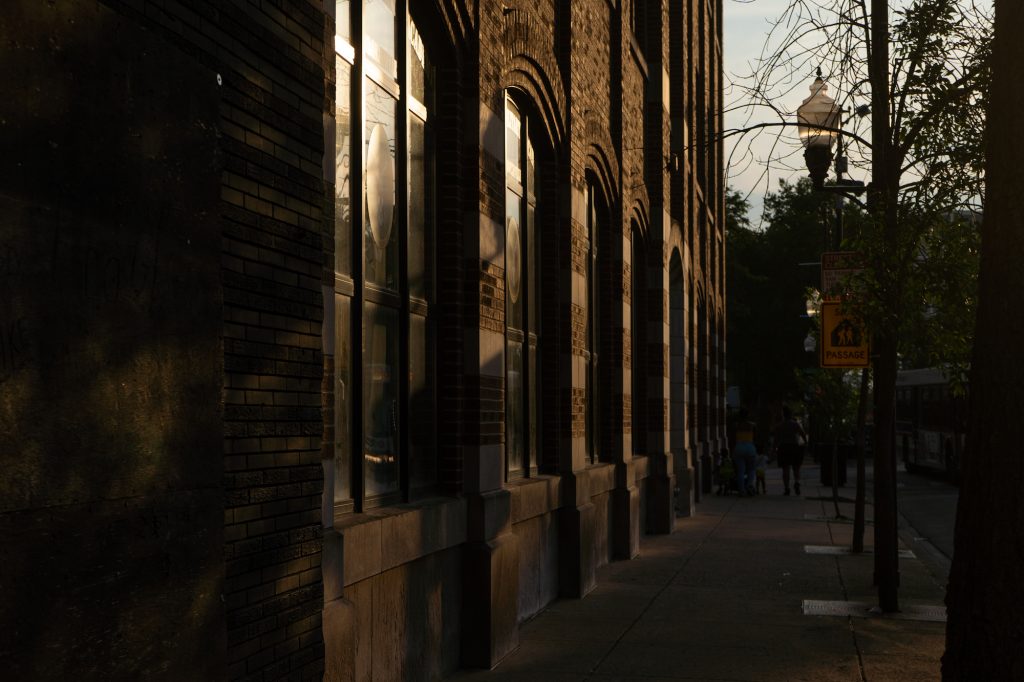 What is now the Chicago Military Academy used to be the Eighth Regiment Armory. The 8th Illinois Infantry Regiment, which consisted of Black soldiers, fought in World War I and reorganized itself to defend the Bronzeville neighborhood, which was then called the Black Belt, from white violence during the riots. 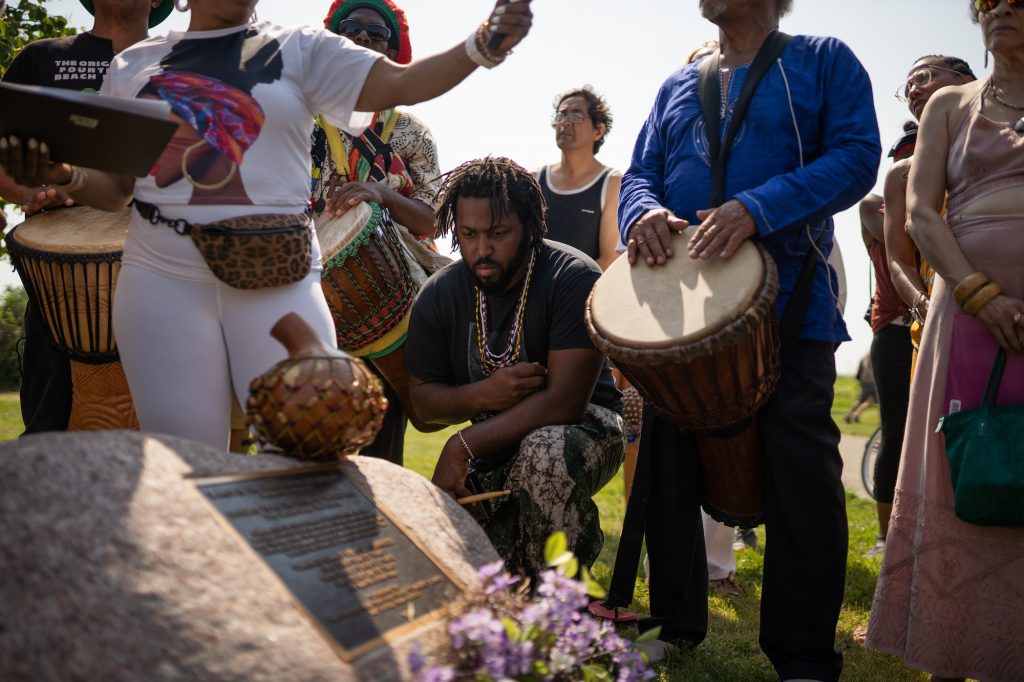 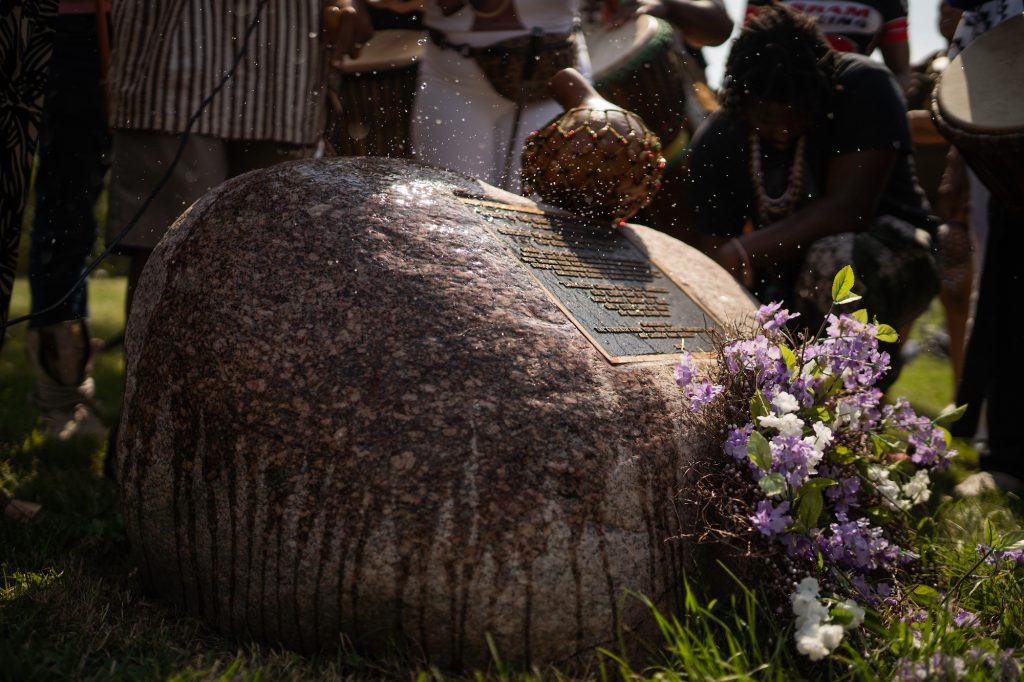 The rock at 29th Street near the lakefront is the only memorial in Chicago that commemorates the Red Summer. The Chicago Race Riots Commemoration Project is working to install thirty-eight markers around the South Side to pay tribute to the thirty-eight lives that were lost. 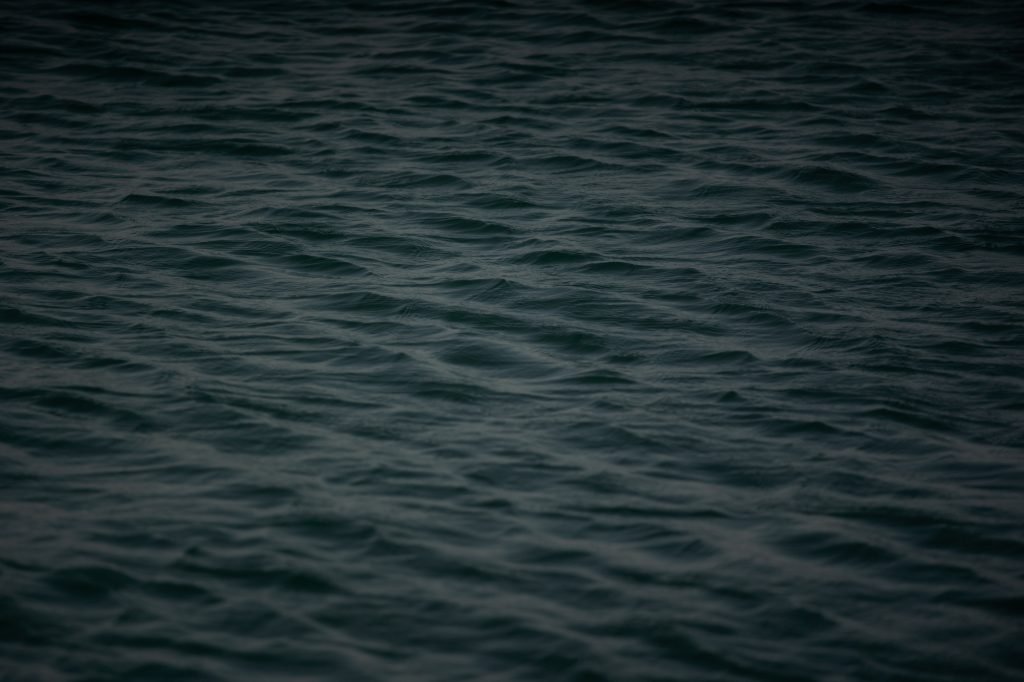 On the one-hundredth anniversary of Eugene Williams’s death, a soft breeze blows across Lake Michigan. 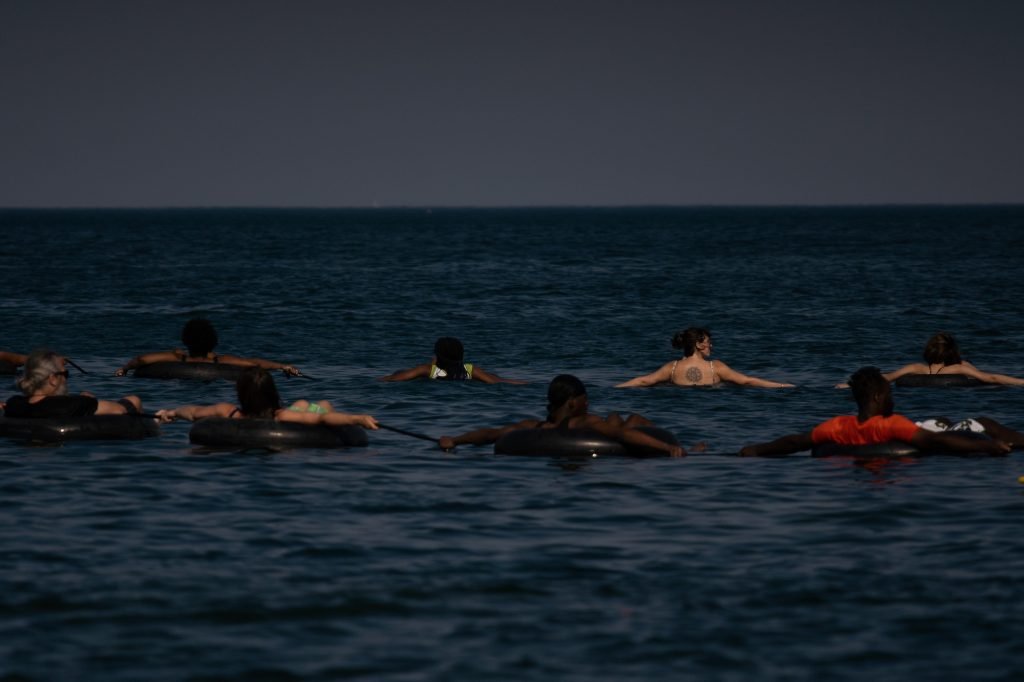 At 4.p.m. on July 27, 2019, exactly one hundred years after Eugene Williams’s murder, and in exactly the same location, participants of Float, a public art performance by Jefferson Pinder, hold onto one another’s ropes to stay together. ■

Pat Nabong is an award-winning visual journalist in Chicago. Dedicated to challenging stereotypes, she explores the intersections of culture, identity and social justice issues. Her work has appeared online at Chicago Magazine, Chicago Reader, Narratively, and Rappler, among others. She is a member of Authority Collective and was a fellow at City Bureau, the Pulitzer Center, and the International Women’s Media Foundation. Learn more at patnabong.com.