A Belt Q&A With Eric Lundgren

The Facades is about the best and the worst of the Midwest. Eric Lundgren’s 2013 novel takes place in a fictional Trude, a hard-boiled, moth-bitten metropolis bounded by interstates and a high-modern retirement home. In Trude, a husband looks for his lost wife but the police have ulterior motives. And the architecture, it seems, has a life all its own.

Trude is a dark, weird, heartwarming place. The mix of pulpy noir, religious figures, and German philosophy can make a transplant homesick. When the teenage son asks, “Ever heard of a bonfire of the vanities, Dad?” it can make one long for parental figures. And the plywood-covered windows concealing ominous secrets make for a page-turning read. 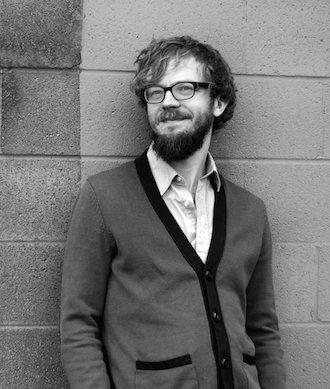 I recently left St. Louis for California, and I stumbled into Lundgren’s Facades in a bookstore here. Jeffrey Postma’s gorgeous cover art caught my attention, and hey, the midwest. It’s hardly some Franzen-lite, and there are no stoic, proud-but-silent types to be found. Instead there’s a grey-faced Scandinavian-American, a firebrand pastor, and a pocked metropolis. I exchanged emails with Lundgren to talk about how he went about creating this city, and the characters he filled it with.

BELT: The Facades is wonderful, and the city it takes place in is astounding. How did you come up with Trude? And how far did you go in its development? Were there any precise inspirations? I myself see a bit of St. Louis and a bit of Albert Speer’s Berlin.

Eric Lundgren: Thanks. Trude’s more than just an avatar for St. Louis, although I could not have written the novel anywhere else. It’s supposed to be a sort of Midwestern “no place,” a failed utopia, and it’s named after one of the least appealing places in Calvino’s Invisible Cities: a nightmarishly repeating cityscape that seems to stretch out endlessly. I’m glad you picked up on the fascistic element as well. Trude has fallen on hard times, but there’s still a power structure behind it, one that the protagonist Norberg runs afoul of as the book progresses.

BELT: How important were scene-setting and architecture to you as you put the book together? How much do you think about the city when you begin writing?

Lundgren: As I was working on this, architecture became a metaphor for the whole process, the science fiction trope of “world-building.” What kept me going was largely the delight of inventing this imagined place. I wanted the overwhelming atmosphere of old film noir, where characters are always shadowed by the built environment. So it was natural that this architect Bernhard would assume a central role in the book. I came to think of him as almost a second protagonist. His rather bizarre buildings provide all the key settings for the book and the arc of his career — from over-the-top romanticism to disillusionment — provides a blueprint for the novel’s action.

BELT: How important is ruin value to the book? Or to city life in general? Can life (or literary) lessons be learned in the Rust Belt ruins?

Lundgren: It’s a touchy subject. As a Midwesterner, I bristle at a lot of the depictions of the region in the media. And you want to be real wary about ruin porn, because what’s getting you hard (to continue the metaphor) is poverty. I mean, I have a friend who lives in Old North St. Louis, which is really a culturally diverse, exciting, tight-knit community these days. She goes outside and there’s this couple having these staged wedding photos taken in front of her neighbor’s house, and it really enraged her. I get that reaction, because, you know, someone lives there. It’s not just a backdrop.

BELT: I want to get back to the fascistic tendencies you mentioned. Is that a necessary element for noir, to have this lurking power structure? Is it part and parcel of the Midwest?

Lundgren: Oh yeah. A lot of noir plots have this kind of vertical structure. Something like Chinatown comes to mind, where the initial investigation leads into something much deeper and eventually becomes a kind of indictment of the whole culture of the city. I don’t think it’s an especially Midwestern quality, though the old-school power brokers survive here, in a fashion. The mayor of Trude, he’s kind of a buffoon, but a buffoon with dark energies at his disposal. Kind of like Scott Walker! His attempt to shut down the library to save money is a personal, eccentric initiative, but in many cities it is all too realistic.

Lundgren: Several different flavors mixed together. A lot of the literary influences were Mitteleuropean rather than Midwestern. Because my father was a German teacher we had a lot of that around us as kids, and my parents spoke German when they wanted to keep a secret from me. So the sinister Germanic qualities may reflect that. But St. Louis has a lot of that same influence. The character of Bernhard was based on this real-life architect called Victor Gruen, who started his career studying under Gropius at the Bauhaus and ended up designing shopping malls in the Midwest — including one near where I grew up in south Minneapolis.

BELT: I want to get into the more noir elements of the book, but before I do, I wanted to ask you about a quote: “Can the madness of Lucia be properly understood amid so many fully occupied buildings?.Trude is opera. They should be coming here to study opera.”

This, to me, gets at a grandness of Midwestern life that outsiders may not be able to comprehend at first glance. What is so operatic about your Trude?

Lundgren: Certainly a tragic sense, and a heightened artificiality. What I love about opera is that it’s not pretending to imitate real life, it is heightened life, made magical, transfigured, so it was a way of reminding myself of what I was trying to do, not something mimetic but something transformative and oneiric. Yeah, Midwestern grandeur. Like the Arch, you know? I love the fucking Arch. The scale and starkness of it, the huge visual statement it makes. They had some trouble with it rusting because it’s so tall, clouds form inside it. You have to love that.

BELT: As for the noir elements, I’m a bit fascinated by the Oracle and the Library. Is it particularly squared off as a conflict of religious and secular belief? Do you think the neoliberal mindset embodied by the mayor necessitates leaning on religion? The Oracle strikes me as so T.S. Eliot-meets-Dashiell Hammett, but are there other influences on his character?

Lundgren: Ha! That’s great that you thought of Eliot. The idea of the Oracle, this gnomic person with reputed psychic powers in the police force appealed to me a lot. Because it suggests that there’s something out there in Trude that the usual methods just can’t deal with. Similar to the Tibetan stuff in Twin Peaks or, from what I’ve read, the Lovecraftian references in True Detective. There’s something germane about the tension between the hard empirical methods of standard police work and having a mystical counterpoint to that.

The Oracle’s powers are mostly fraudulent, of course. This dynamic also plays out in the relationship between Norberg and his son Kyle — but from an unexpected angle. Kyle has something approaching a true faith, while Norberg’s secularism rests on a series of illusions, it’s not thought out or deliberate — it’s simply reflexive.

BELT: Do you build noir more with architecture or with weather?

Lundgren: A few reviewers mentioned the weather and I thought I hadn’t really harped on it! Growing up in Minnesota I endured a ton of bad weather, and I didn’t put even a fraction of that in the book, it wasn’t something I consciously stuck in. If you’re going to write a book like this you need some good rain and snow in there. But the California noir writers can also do amazing things with sunlight, constant pleasantness. It’s the consistency, maybe, that becomes unnerving.

BELT: Relatedly, does noir need the urban form to have a soul? Here I’m thinking of the talk at the old-age home: “The surface of the pond, which you call beautiful, was littered with bloody fluff.” Is the pond, and suburbia writ large, a blood-soaked scheme to look beautiful?

Lundgren: Well, that monologue is being voiced by a severely paranoid and delusional resident of the Traumhaus. That character came out of reading this wonderful book by Daniel Paul Schreber called Memoirs of My Nervous Illness. Schreber believed he was being penetrated by rays from God and that his whole environment was this elaborate, malign construction. The story itself of a male duck systematically killing his ducklings, was something my wife witnessed on the University of Chicago campus. Being the kind of bad duck I am, I stole it. I’m glad to be able to officially acknowledge the theft here. 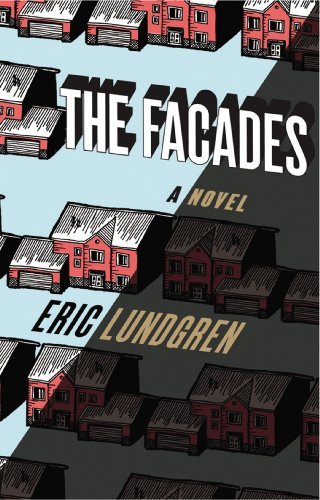 BELT: So is this particularly religious noir? Or simply philosophical? And in either case, how much does the setting let you do what you want with the story?

Lundgren: Jon Michaud in the New Yorker called it “hardboiled existentialism,” which I liked a lot, although I’m not crazy about the hyper-masculine connotations of “hardboiled.” I might say existential noir. I would hate to think that my ancestral Lutheranism is making a comeback in me, but there are religious elements as well. There is a longing for transcendence. Sven’s missing wife Molly finds it through music. Kyle finds it through joining the millenarian church. Sven doesn’t find it, or can conceive of it only in terms of his city, his constructed world, which is more of a labyrinth than a path to enlightenment.

BELT: Is Sven a vessel or a protagonist? At the Library, I think that the woman is speaking not of Sven’s wife, but of the reader: “The answer was simple: you were a man, she thought she could change you. You were an interesting problem case, this shy withdrawn paranoiac nobody understood. ‘I’m his only human connection,’ she told me once.”

He seems at times like a video game avatar, a chance to explore this world. Which is frustrating (in a good way!) when Sven doesn’t do what the reader would want.

Lundgren: It’s an excellent analogy. You picked up on the moment when he’s playing a video game with Kyle and his avatar ends up running against a wall. A lot of readers didn’t find him sufficiently active or heroic. He is in certain ways a cipher. And that’s one of the lessons that noir has for us. We’re doomed. Sven is doomed and part of him knows this, but there’s another part of him that can’t believe it, that goes on hoping and searching, even if this involves misreading and wrongly reconstructing his world. He is the ultimate citizen of Trude, a perfect reflection of his failing city. As a Midwesterner, he should know better, but he keeps trying. So I have a soft spot for him in the end.

Asher Kohn (www.asherjkohn.com) is the managing editor for Timeline, which gives historical context to current-day events. He was living in St. Louis until recently.