A Jagoff By Any Other Name 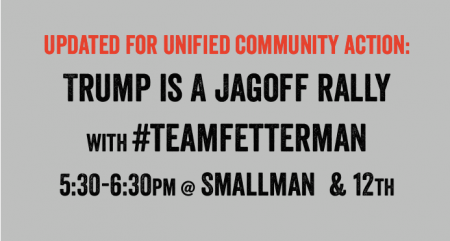 My “jagoff” heart was warmed on Friday  when it was announced that that very word would henceforth be included in the esteemed Oxford English Dictionary. As both a native Pittsburgher, who has called many people “jagoff” over the course of my adult life, as well as a Ph.D. candidate in English literature, this story seems designed to delight someone precisely in my admittedly niche demographic. For those not familiar with the term (which is suspiciously similar to the more universally acknowledged obscenity of “jack-off”) the helpful lexicographers toiling in the scriptorium of the ivy-covered walls of the Bodleian library define it as, “A foolish or contemptible person. A foolish, objectionable, or obnoxious person,” as in “Joe Flacco is a jagoff.” Helpful Oxford dons that they are, the compilers of the dictionary note that the phrase can also refer to a man who is “characterized as a habitual or excessive masturbator.”

As regular readers of Belt are no doubt aware, Pittsburgh has undergone a bit of an image makeover over the past few years. Bored with Portland, the keepers of establishment hipsterdom always looking for the next big thing have declared Pittsburgh to be a type of Brooklyn on the Mon, a cool, hip place for millennial artists to live cheaply and build pop-up art galleries (or something, I don’t really know what those are). A city of endless bike lanes and terrifying robotic self-driving cars. While there are signs that this enthusiasm has already begun to abate, it’s always heartening to be reminded of the lack of pretension that’s key to what made Pittsburgh admirable in the first place. 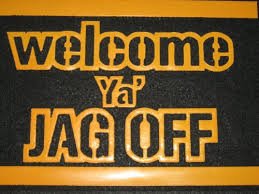 Pittsburghers love Pittsburgh, in part that’s because objectively there is a lot to love about Pittsburgh. But their love is also a studied defense against judgments from those on the outside who deigned to write the city off as a postindustrial Rust Belt casualty in the decades before it was celebrated as a place to drink microbrews by the Allegheny. And Pittsburghers love those who love Pittsburgh; complimenting the city is a fast way to the heart of a Yinzer. But there is discomfort with all the popularity, for who knows how long you’ll be the popular kid, especially if you only started getting invited to the cool parties senior year after you lost weight and started dressing better? So if we have to get into Oxford, then let it be with the word “jagoff.”

No word better exemplifies Pittsburgh orneriness than this particular epithet. We’ve always had a conflicted relationship to our dialect. It can sound broadly Midwestern to some, though it lacks the Scandinavian inflection of those further to the west, and it also has a distinctive rhotic twang to it. I’ve described it as sounding like a guy from Brooklyn who is doing an awful imitation of a southern accent after watching Fried Green Tomatoes.

Some of the weirdness comes from the area’s relative isolation, and some of it comes from the fact that the city exists at the confluence of three major geographic regions (the Northeast, the Midwest, and the Appalachian South). If anything, “Pittsburghese” is what an “urban Appalachian” accent sounds like. Maybe because it is in the North, but people forget that Allegheny County is technically the most populous in the entire Appalachian mountain range as it sets its course from Alabama to Maine. And, as the area was initially settled by the Scots-Irish and those from the borderlands of southern Scotland and northern England; our dialect is as a variation on the one that was spoken in those regions.

Ulster Scotts gives us the term “jagoff,” supposedly meaning one who is as “prickly as a jagger bush,” the obvious homophonic similarity to the term which references an enthusiast of autoerotic manual stimulation notwithstanding.  The OED apparently doesn’t buy it, and neither did Pittsburgh Post-Gazette editor David Shribman (who it should be noted is originally from the equally obscenity-rich state of Massachusetts) who in 2012 banned use of the word “jagoff” from the editorial page of the newspaper (and in the process made it a lot less fun to read). 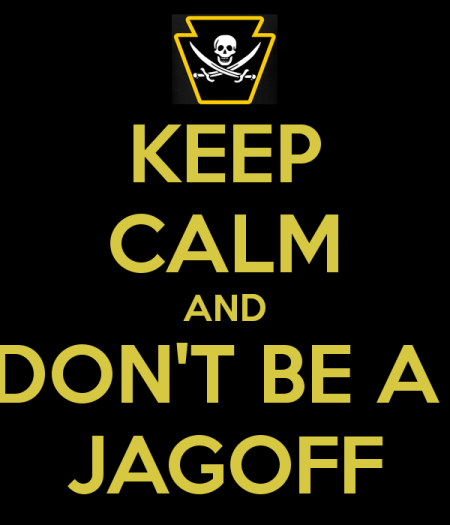 Carnegie Mellon professor of rhetoric Barbara Johnstone has said that “nobody thinks of these derivatives of ‘jag’ as obscene,” but — with all due respect — I don’t think that’s quite accurate. No doubt she is correct regarding the word’s origin, and certainly generations ago that was the obvious meaning, but for me at least, I’ve always used it as a bit of a lexical wolf in sheep’s clothing. The etymology may be innocent, but that provides great cover for saying what I really wanted to say. As a word it displays a particular variety of canting Pittsburgh brilliance, a type of verbal jiujutsu whereby a fairly obvious obscenity could be smuggled into everyday speech, and the editorial page of a newspaper, at least until someone like David Silberman came along and ruined the fun.

That’s because a jagoff is a very particular type of jackass, somebody who farts higher than his ass, somebody who speaks without knowing what they’re talking about, somebody who is proud of their ignorance. One of the delights of the OED is that they provide a range of contextual examples of every word’s use, and the entry for “jagoff” does not fail to delight.

There is a wonderful double-entendre from that Canadian-born son of Chicago, novelist Saul Bellow, whose The Adventures of Augie March has a character who says “Beat it, you little jagoffs.” Bellow won a Nobel Prize; who are any of us to say that you shouldn’t use the word “jagoff?” And John Hughes’ classic film of teenage angst The Breakfast Club is quoted as having a character implore, “What are you jagoffs lookin’ at?”

To that list they could have added when Robert DeNiro is called a “fucking jagoff” in Martin Scorsese’s Casino. Characters in all of those works are from Chicago, and while such a versatile, onomatopoeic insult as “jagoff” may have migrated in a Hesperian direction towards our Midwestern Rust Belt cousins, the term always has pride of place in Pittsburgh. The OED, in a manner that is only fair, gives one of its examples from none other than the Pittsburgh Post Gazette, when, years before Silberman’s editorial dicta, one 1994 article reported, “Someone cut her off in traffic and she muttered ‘jagoff’ under her breath.” 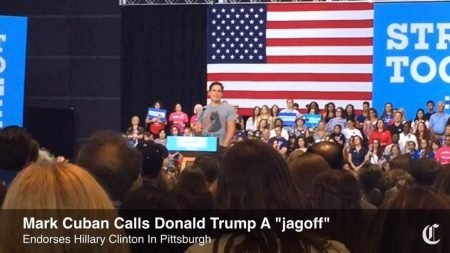 We’ve entered a veritable renaissance of the word as of late, and kudos to the keepers of the English language at Oxford for recognizing the greatness of that humble word. “Jagoff” has gone national, and now international. Recently, iconoclastic Braddock mayor and failed senatorial candidate John Fetterman rightly called Donald Trump a jagoff – in an official press release nonetheless!

Shortly after that billionaire native son Mark Cuban used the same term to refer to the Republican presidential candidate. That’s because it’s precisely the obscenity we need now, and what more appropriate way to call out a vulgar candidate than with such a perfect vulgarity, especially as Pennsylvania’s twenty electoral college votes hang in the balance? Jagoff, indeed!

Ed Simon is a Ph.D. candidate in the English department of Lehigh University. His research focuses on religion and literature in the seventeenth- and eighteenth-century Atlantic world. He has been previously published in Salon, Quartz, Religion Dispatches, The Revealer, Killing the Buddha, the Journal of the Northern Renaissance, and the Public Domain Review among others. Currently he is the assistant editor of the Journal of Heresy Studies, and one of the founding members of the International Society for Heresy Studies. He can be followed on Twitter @WithEdSimon.