An Interview with Sarah Carson

Sarah Carson’s new collection of prose poems, Buick City (Mayapple Press), begins with freight trains rattling past Flint’s closed automotive plants, and ends with a mechanic spitting on the city’s grave as he advises, “Get yourself a Toyota. Those things run forever.” In her succinct, unsentimental and bleakly funny poems, Carson gives us the lives of people living in Flint’s trailer parks and stocking its supermarkets, with an inventory of vodka-soaked French kisses, Bridge cards, Family Dollar perfume, and broken windshields.

Guiding the collection is a speaker growing up in a post-GM Flint, falling in and out of love, finding and losing jobs, and inevitably leaving. This speaker is Carson herself, who now works at a Chicago food pantry and is studying diakonia to become a lay minister. “I’m all about working with under-served people — I think I get that from growing up in Flint,” she says. We spoke about writing, half-off Stromboli at the White Horse, and the pride and grief of being from Flint.

BELT: Do you feel you need the distance that you have from living in Chicago? Is this a book that you could have written in Flint? 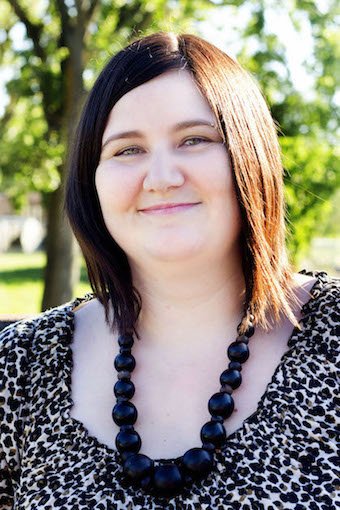 Sarah Carson: Growing up in Flint, I didn’t understand that not everyone grew up the way I did. All of my family worked in factories, and most of the boys I grew up with figured they’d graduate and go work in a factory. Once those factories started to decline, people had to find other kinds of jobs, and everyone around me was facing that same pressure. It’s probably similar to growing up in any other small town where you don’t know that the rest of the world is different. When I went away to college I realized that other people hadn’t grown up the way I did, and most were much more well-off. I was embarrassed, and I was mad — like, why did I get Flint and you guys got this? When I first started writing about Flint, it was in anger. Then I got protective of Flint. You know — I’m a badass because of where I’m from, and all you people are wusses. Then I reached maturity, and realized maybe it’s not cool that where I’m from is such a sad place, but it’s my story.

BELT: How did you arrive at prose poetry?

Carson: I like with vignettes that there’s a lot left for the reader to connect. I don’t like telling everything. I like leaving some mystery. You see that in the way audiences respond. When I read in front of certain audiences, people will come up to me afterward and say, “Oh, that’s so sad!” But when I’m reading in Flint, everyone’s laughing. So the form lets these poems be my inside joke with Flint. Like, yes, it is really sad, why don’t you send us some money? We’ll spend it on 40s and drink them on the porch.

BELT: The narrative of Buick City is pretty brutal, but never feels melodramatic or self-pitying.

Carson: I think self-consciousness about telling my own story came into play a lot. When I first began writing these poems 10 years ago, I wanted to share these stories, and I assumed people would think they were autobiographical, but I didn’t want anyone to feel sorry for me. Having that in the back of my mind made me careful of how much emotion I put into them. As I matured and the book matured with me, it became important to me that people didn’t feel sorry for me or feel sorry for the characters in the book. I don’t think people in Flint want sympathy. They have a great story. They’re resilient. They want what they had before — prosperity — because they worked for it.

BELT: Every section is named for a Flint neighborhood, but there aren’t many Flint markers within the poems — no weather ball, no Vernors. How did you think about building Flint in the book?

[blocktext align=”right”]Flint’s not as bad a place as we’re made to believe. Even in places that can be dangerous, there are still people with a lot of joy in their lives.[/blocktext]Carson: I’m more focused on characters than setting in anything that I write, but I wonder if it has to do with me being a transplant from Flint, and the fact I was transient throughout my young adulthood. The first section is Indian Hills, which isn’t in Flint but is the trailer park where my grandma lived. I never lived in Little Missouri, but that my family lived there was important to me. Those neighborhood names were all very personal, even though I hadn’t spent a lot of time in them. So that might be why there aren’t a lot of landmarks in the book, but rather this overarching sense of Flint being a character.

BELT: In the last section, “Chevy in the Hole,” there’s violence and loss, but also humor and hope. What final idea of Flint would you like to resonate for the reader?

Carson: I wanted that dual sentiment to permeate the entire book. Though I’ve certainly had hard times in Flint, and seen a lot of people have bad things happen to them, I’m still homesick. Often people seem to think, “You made it because you got out of there.” But I love going back. Sometimes we’ll be in the back yard with my little step-brothers in Carriage Town among empty houses, and I’ll look around and think, if someone from Chicago came back with me they’d be scared of this neighborhood. But we’re having a good time. That’s the sense I wanted to evoke in that last section; Flint’s not as bad a place as we’re made to believe. Even in places that can be dangerous, there are still people with a lot of joy in their lives.

BELT: With projects like Write a House and the Flint Public Art Project, Flint and Detroit have been gaining some literary chic. What is it about these places that inspire writers?

Carson: For me, it’s an opportunity to start something new — to take a place that once had a really rich industry and redefine it. I was asked recently if I feel hopeful or hopeless about Flint. I feel hopeless, but I don’t think that’s necessarily a bad thing. You can lose hope that something is going to happen that will change things, that someone will come in and fix things, and that can lead you to decide to make these places into what you want. 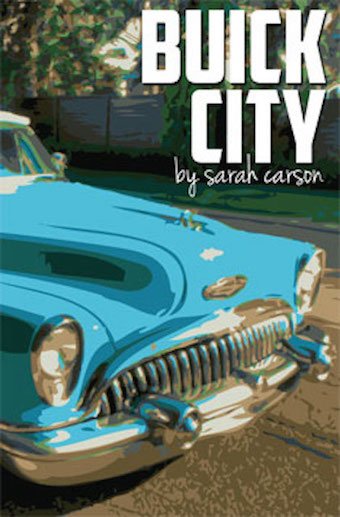 BELT: What writers have informed your writing about Flint?

Carson: Raymond Carver was my first literary hero. When I encountered his short stories, which are built around working class characters, I saw someone doing what I wanted to do. Ben Hamper was the first writer who made me want to write about Flint. I read Rivethead when I was 14 or 15 after my mom showed me Roger and Me. Reading it, I thought, gosh, this is my family life.

BELT: Flint’s pretty defensive about the way it’s portrayed. Do you have a sense of responsibility as a writer from Flint?

Carson: I tell myself I’m writing about the city I grew up in, which is geographically the same city but with very different circumstances than a lot of people there. I worried when I started writing these poems about representing Flint in a way that people would make people proud to read them, or identify with them. Now I recognize I can’t write for everyone else, and I live in Chicago, so I’m a little removed from the scene. I don’t blame Flint for being defensive about people who leave and then claim their city. But this is my story, and it’s about my family, my growing up, and I hope people can relate to it as a coming of age story that’s Midwestern in its sensibilities. I have people in Chicago tell me, oh that’s just like life in Indiana or Ohio, and I’m proud of representing things well. But I love Flint and I desperately want it to love me back.

BELT: How do people respond when you say you’re from Flint?

Carson: Usually the response when I say I’m from Flint is kind of an Ohhh…

Carson: I used to buy into it and say, yeah, it’s pretty tough. But now I always tell people it’s not what they hear.