Banjos On The North Side

They say that Pittsburgh is the City of Bridges, with 446 bridges spanning the three rivers and many creeks leading to them. There is the Hot Metal Bridge, leading from downtown to South Side; the Fort Pitt Bridge passing directly by the blockhouse built in the 1760s. There’s also Washington’s Crossing, a bridge close to where George Washington crossed the Allegheny River in 1753; and finally there are the Liberty and Veterans bridges. But there is one that is not so apparent as the Three Sisters bridges, which span the Allegheny and make a striking postcard. It is our metaphorical bridge to the past. We live in a town of the new, of the up and coming, of the high-tech; but none of us have forgotten our past, or what this town once was. Pittsburgh is unique in that aspect and not for the reasons most people would think.

A quarter of a century ago, a man who was born in Pittsburgh returned after a long career in New York. He found, to his disappointment, that there was no place for him to play his four-string banjo with other musicians. Being the performer that he was, he started a club for local four-string banjo players to meet and play together. He placed an ad in the paper — six men answered the call — and the Pittsburgh Banjo Club was formed.

Several years passed, and word got around. They discovered there were lots of other lonely banjo players around Pittsburgh, people who had learned while playing at the weekly rehearsals, or those who had played the banjo already. The Club started doing shows at community events, as well as at nursing and retirement homes, where their obvious audiences remembered this music when it was sung by their parents. They kept any money they made after donations were made to charity. As great as that fact is, there are over 80 banjo clubs across the country, and many of them donate. However, none have achieved the popularity and beloved status that the Pittsburgh Banjo Club has.

Because the older crowd was scattered throughout the room, many of the young people had nowhere else to sit but next to or across from them, therefore the bridges were built. The music, closeness and, yes, perhaps the libations, create an atmosphere where it is almost impossible not to engage with your fellow audience members. Instead of focusing on their differences, the generations began to realize what made them alike. It was as if each tiny table that made up the long ones was a bridge itself, bringing the old to the young and the past to the present, thus making up the giant bridge that is the Pittsburgh Banjo Club.

“Other than [the music], I enjoy the people,” Heather Walsh, a relative newcomer to the Banjo Club, says. “You find college students and folks in their nineties, skinny jean wearing hipsters, tattooed and pierced musicians, business people, “Grandpa Joe” and the mayor … and everyone is mingling and getting along.” 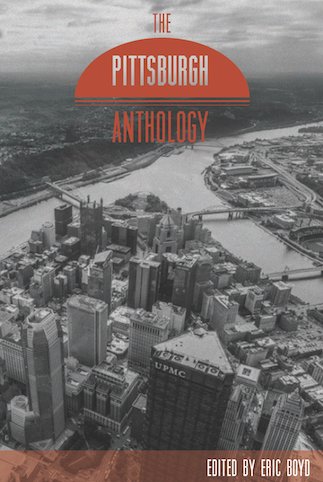 JoAnn Azinger, Treasurer of the Club, and wife of one of the founding members (though she herself does not play) also handles the 50/50 drawing each week, and therefore talks to many of the both new and old audience members, agrees. “There isn’t a stigma, like, if somebody comes in … all tattooed up, or they’ve got earnings in their nose … 29 Banjos on the North Side it doesn’t seem like [people say] ‘ooh, don’t sit near me,’ it’s all part of the familiarity. When people walk through that door, it’s like a whole different world.”

Norm Azinger, founding member, musical director, and husband of JoAnn Azinger, says he enjoys the Club. “It’s a chance to play [the banjo] and the camaraderie with the other people. The people were always fun. We always have a good time … It’s a fun time, always a fun time.”

So if you come to Pittsburgh to our LEED-certified convention center to discuss medical advances from University of Pittsburgh Medical Center; robotics with Carnegie Mellon University engineers; or to learn how to remake a city with the Green Building Alliance, then take a ride across a bridge to the North Side. Come see the bridge to the past that has made it to several top ten lists of reasons to visit or live in Pittsburgh. Visit the Pittsburgh Banjo Club and be transported back to the 1920s. Come meet Frank Rossi, the founder and charismatic leader. Say hello to the 15-year-old boy, who was playing banjo on stage since he was eight years old, who is lucky enough to be a part of it: my name is Nico and I’ll be sitting in the second row.

Nico Chiodi is fifteen years old, homeschooled, and has lived in Pittsburgh all his life. He started singing with the PBC at age four and transitioned to playing banjo at age 7. He also now plays with his dad and brother all around the city as the Chiodi Trio, who can be seen most weekends in the summer in front of Wholey’s Fish Market in the Strip. Besides playing the 4-string banjo, he writes, mostly fiction, reads, and plays board games.